Collective West, How's That Consecration of Russia Going For You? 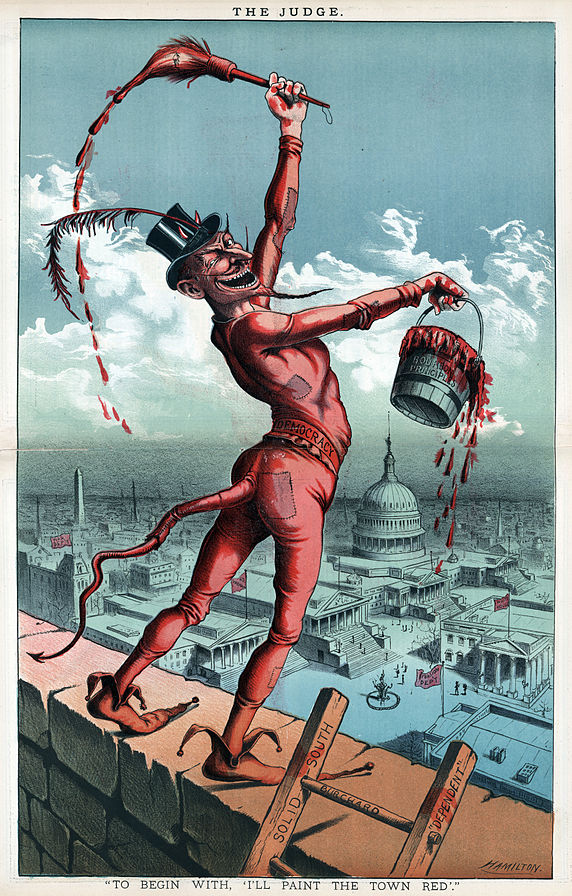 I - Politics as the Realm of the Devil

The state being the outcome of original sin is at best a necessary evil, and politics, to the extent that it incarnates the sheer struggle for power, “is bound, in Christian terms, to be the realm of the devil by definition".

Who then is which? Who operates within these two "realms'? And how does a normal person with no power determine which side to cheer for, to be influenced by, to "join"? As a Catholic, one has to ask, "How is that even a question? Isn't it obvious?"

Apparently not. People vote for politicians who provide sacrifices to "the realm of the devil" by butchering unborn children. People vote for politicians who not only pass corruption of innocent school children into law, but who're degenerates themselves therefore obviously members of "the realm of the devil" freely offering up human blood for Lucifer to lap up in his gleeful hatred of humanity.

When people listen to the MSM it isn't difficult to understand why the populace are sanctimoniously onboard the Nazi Ukraine Train, because nothing says "freedom" like Nazism, praising and sieg heiling Zelensky while Western Globalist governments shower him with BILLIONS OF DOLLARS and WEAPONS because nothing says "peace" more than war.

The minds of the people, their inner sanctum, their free will has been freely given over to the MSM and  government exploiters in "the realm of the devil". No one has coerced them. They freely place their minds in front of their TVs tuned into their favorite MSM propaganda programs and with copious amounts of laissez faire let their minds be succumbed with the hysteria of a more dominating will. In doing so, they become card-carrying exploiters themselves.

So it was with the coof; so it is with the visceral hatred of all things Russian - even TREES. The state exploiters tell us we must revere the environment yet we're under obligation to hate a tree planted by Russian author Ivan Turgenev 200 years ago because nothing says "hate-Russia" more than an innocent tree. It isn't the tree's fault it was planted by a Russian but nonetheless we must hate it because that's the latest state propaganda we must abide by.

II - How's that Consecration of Russia going for you?

Since Sr Lucia is no longer here to tell the world whether or not Heaven accepted the latest Consecration, frantically done 100 years after being asked, we have only the results of current events to tell which is "the realm of the devil" or the "realm of Christ" - meaning the side (the West vs Russia) who more adheres to the Moral Law - by who's getting the Consecration blessings out there. Let's add them up!

No blessings will be forthcoming as long as every action of the Collective West stems from visceral hatred of God.

Russia has blessing after blessing because it's as Christian a country as it gets in 2022, meaning that while Russia isn't perfect, her leaders adhere closer to God's Moral Law than other countries, especially the degenerate sodomitical West.

III - THE DURAN is the only place to get honest unbiased news...

...because who are we to believe? The MSM? When Nancy Pelosi, the Biden crime family, Obama in bed with Soros, Trudeau, Ursula von der Crazy, the terribly creepy Schwab and all the rest of the globalist elites continually sieg heil Zelensky and Ukraine Nazi Train doesn't it tell us that something is wrong?

If you cannot figure it out, I'll be happy to tell you. The above mentioned reprobates are:..

2) ...globalist elites who want One World Government to enrich themselves and have power over all mankind whereas Russia wants its own independence in order to make her own decisions for the Russian people.

3) Lastly, since the EU depends on Russian commodities for its existence, the global elites want to defeat Russia in order to get a regime change friendly to the West (hence the "Putin must go!" rants) so the West can plunder Russia's natural resources to steal for their own - but Russia isn't playing that devious game especially after the EU stole hundreds of billions of Russian assets in February from the legal sale of Russian gas and oil to the EU.

Turn off the TV. Go to the Internet. Get THE DURAN's analysis of world news from an intelligent, unbiased, honest, and humble point of view with Alex Christoforou (Nicosia, Cyprus) and Alexander Mercouris (London).

Susan Matthiesen at 6:00 AM

New comments are not allowed.