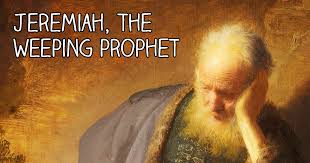 Nabi Sayeth: In troubled times, times of confusion, God sends His messengers to us called “Nabi” or “Prophet”. Prophets were hard-linked conservatives who in Old Testament Times were sent by God, first to the king and then to the people to call them out for having turned away from God’s way and to call them to obedience to His will.

As you might imagine, human egos got in the way. The kings enjoyed their power and deluded themselves into thinking they were in control. To prop up the kings, there were employed in the royal court priests and prophets who sang the kings praises and told him only what he wanted to hear but never what he NEEDED to hear. To break up this monopoly on the king’s attention, God called His prophets to speak His words of judgment to them
One of the most vivid examples of a messenger of God is the prophet Jeremiah.

Here is the call that the young man received from His Lord and God:

The word of the LORD came to me:

5 Before I formed you in the womb I knew you,
before you were born I dedicated you,
a prophet to the nations I appointed you.

8 Do not be afraid of them,
for I am with you to deliver you—oracle of the LORD.

9 Then the LORD extended his hand and touched my mouth, saying to me,
See, I place my words in your mouth!

10 Today I appoint you
over nations and over kingdoms,
To uproot and to tear down,
to destroy and to demolish,
to build and to plant.

As grand as God’s call to His Prophets was, their work was met almost immediately with rejection. Our Lord Jesus Himself called attention to this sad fact:

Nabi Sayeth: We see a very vivid example of the rejection of the prophet’s message in an incident that occurred recently:

The former Archbishop of Durban tweeted last night that Arroyo was like a “throwback” to Northern Ireland’s most notorious anti-Catholic “Ian Paisley & his ilk.”
“The World Over” hosted by Raymond Aroyo is like a throwback to the 1960’s & 70’s, when Ian Paisley & his ilk fulminated against Catholic Faith in general, & Pope in particular! I’ve still to hear a programme that doesn’t report negatively on or attack Pope Francis!” tweeted Napier….

Catholics around the world have been tuning in to watch Arroyo along with “Papal Posse” members Robert Royal and Father Gerald Murray as they comment regularly on the Francis pontificate from the perspective of traditional Catholic teaching. Papal adviser Father Antonio Spadaro demanded earlier this year that a papal interdict be placed on Arroyo on account of the show.


So, what is the problem with the message of the “Papal Posse”? Could it be that God is using them as a prophetic voice sent to shake up and wake up the leadership of the universal Catholic Church in our own day?

Arroyo defended himself, tweeting that Mother Angelica, the foundress of the Eternal World Television Network (EWTN), had told him that he had an obligation to tell the truth, no matter how others responded:

“‘It’s your obligation to speak the truth, and everyone can either take it or leave it. But truth must be in us. We live in such a poverty of truth today.’ - Mother Angelica (to me many years ago.),” Arroyo wrote.

13:10...This wicked people who refuse to obey my words, who walk in the stubbornness of their hearts and follow other gods, serving and worshiping them, will be like this loincloth, good for nothing

17:23...Though they did not listen or give ear, but stiffened their necks so they could not hear or take correction.

18:12...But they will say, “No use! We will follow our own devices; each one of us will behave according to the stubbornness of our evil hearts!”

19:15...Thus says the LORD of hosts, the God of Israel: I will bring upon this city all the evil I have spoken against it, because they have become stubborn and have not obeyed my words.

26:11....The priests and prophets said to the princes and to all the people, “Sentence this man to death! He has prophesied against this city! You heard it with your own ears.”

Nabi Sayeth: Because God loves us He sends us prophets to call us back to His way. Prophets are “salvific life lines.” Whether they are ordained or non-ordained, the faith-filled and humble person must be open and must listen for the Truth imparted by God’s messengers even when the Truth does not fit into their own agenda.

Nabi reminds the good cardinal and all who would quickly dismiss or reject the message of God’s servants about the tragic consequences that result from arrogantly doing so.

In the Acts of the Apostles, a wise old Jewish leader reminds his comrades of the destruction they could bring upon themselves should they reject God’s messengers….

In Acts 5: 33-40, the Jewish leadership after having warned the Apostles to stop preaching Jesus Christ are filled with rage that they continue to do so. They want revenge until the voice of reason intercedes on behalf of the Lord’s servants: 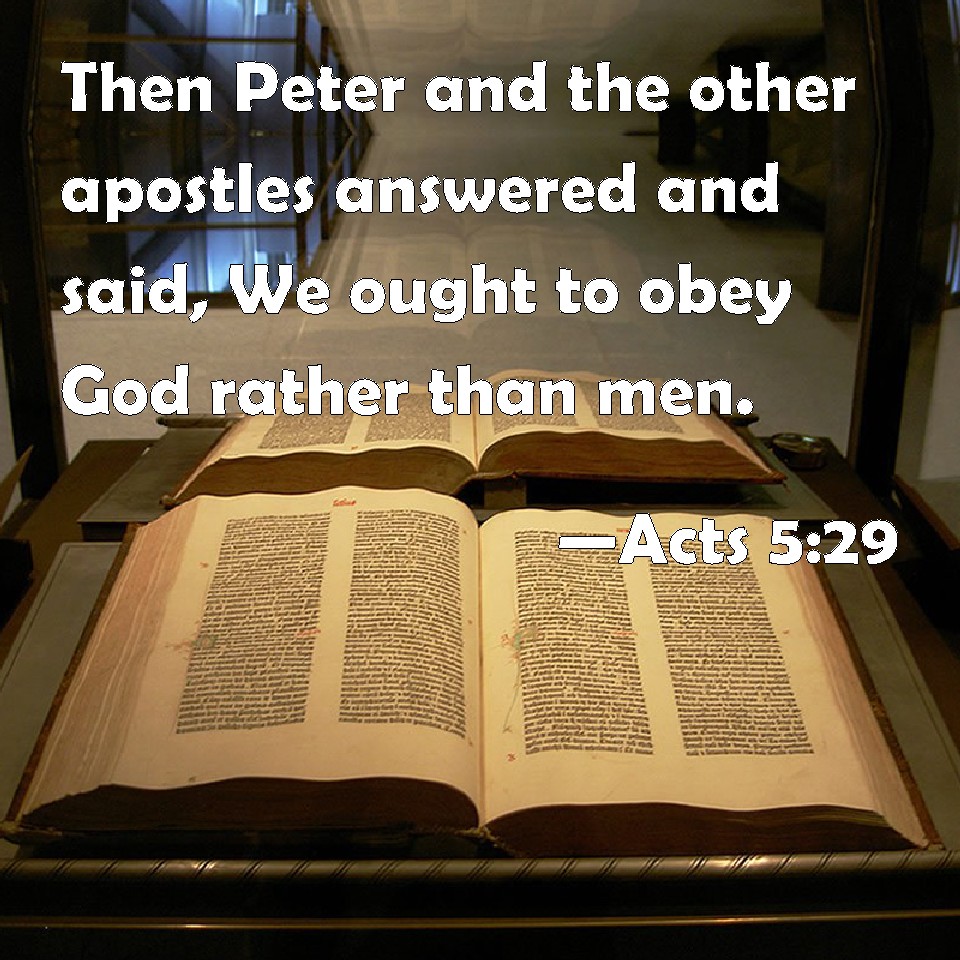 27 When they had brought them in and made them stand before the Sanhedrin, the high priest questioned them,

28 “We gave you strict orders [did we not?] to stop teaching in that name. Yet you have filled Jerusalem with your teaching and want to bring this man’s blood upon us.”

29 But Peter and the apostles said in reply, “We must obey God rather than men.

30 The God of our ancestors raised Jesus though you had him killed by hanging him on a tree.

31 God exalted him at his right hand* as leader and savior to grant Israel repentance and forgiveness of sins.

32 We are witnesses of these things, as is the Holy Spirit that God has given to those who obey him.”

33 When they heard this, they became infuriated and wanted to put them to death.

34 But a Pharisee in the Sanhedrin named Gamaliel, a teacher of the law, respected by all the people, stood up, ordered the men to be put outside for a short time

35 and said to them, “Fellow Israelites, be careful what you are about to do to these men.

36 Some time ago, Theudas appeared, claiming to be someone important, and about four hundred men joined him, but he was killed, and all those who were loyal to him were disbanded and came to nothing.

37 After him came Judas the Galilean at the time of the census. He also drew people after him, but he too perished and all who were loyal to him were scattered.

38 So now I tell you, have nothing to do with these men, and let them go. For if this endeavor or this activity is of human origin, it will destroy itself.

39 But if it comes from God, you will not be able to destroy them; you may even find yourselves fighting against God.” They were persuaded by him.

Nabi Sayeth: My Friends, we live in unprecedented times. There is so much anger, confusion and disillusionment in the hearts of many of the laity. But God is never silent. All people, pope, cardinal, bishop, priest, deacon…..every member of His Church must become humble and listen to the voice of the prophet, whomever that person may be. Our eternal salvation depends on it.