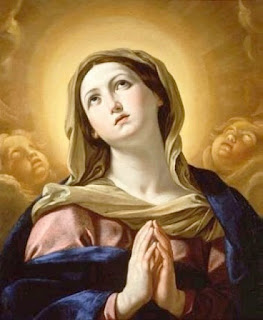 The Feast of the Immaculate Conception is the perfect day to remember and celebrate Humanae Vitae which will be 50 years old next summer. Most readers probably know I'm referring to Pope Paul's encyclical on the sanctity of human life and marriage that reiterated the Catholic doctrine that a couple, in exercising their marital privilege, must never attack the act by deliberately rendering it sterile. The gift God gave married couples in "knowing" each other and becoming almost literally "one flesh" must respect both of God's purposes -- to unite the couple in love and to be open to the blessing of a child to the union if it be God's will.

In Humanae Vitae Pope Paul VI warned of the dangers of setting aside God's purpose for married love and all the horrors he described have come to pass: abortion, loss of respect for women, government coercion, etc.

As we honor Mary today, I want to share a bit from a talk by Malcolm Muggeridge on Humane Vitae which he gave in 1979. Even then, the disasters of contraception already loomed clearly on the horizon:

What I want to say tonight, as a non-Catholic [Muggeridge entered the Church in 1982 at the age of 79], as an aspiring Christian, as someone who, as an old journalist, has watched this process of deterioration in our whole way of life—what I want to say is that in that encyclical the finger is pointed on the point that really matters. Namely, that through human procreation the great creativity of men and women comes into play, and that to interfere with this creativity, to seek to relate it merely to pleasure, is to go back into pre-Christian times and ultimately to destroy the civilization that Christianity has brought about. 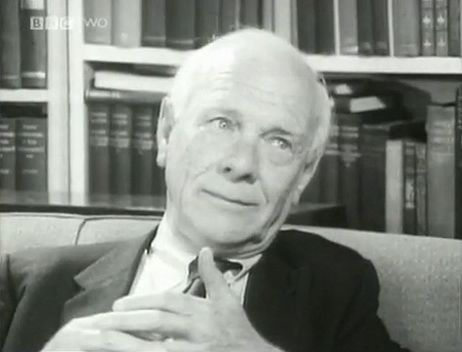 That is what I want to testify to...if there is one thing I feel absolutely certain about, it is Humanae Vitae. The journalists, the media, write and hold forth about the various elements in the crisis of the Western world today: about inflation, about over-population, about pending energy shortages, about detente, about hundreds of things. But they overlook what your church has not overlooked, this basic cause: the distortion and abuse of what should be the essential creativity of men and women, enriching their lives, as it has and does enrich people's lives -and when they are as old as I am, enriches them particularly beautifully, when they see as they depart from this world their grandchildren beginning the process of living which they are ending. There is no beauty, there is no joy, there is no compensation that anything could offer in the way of leisure, of so called freedom from domestic duties, which could possibly compensate for one-thousandth part of the joy that an old man feels when he sees this beautiful thing: life beginning again as his ends, in those children that have come into the world through his love and through a marriage which has lasted through 50 and more years. I assure you that what I say to you is true, and that when you are that age there is nothing that this world can offer in the way of success, in the way of adventure, in the way of honors, in the way of variety, in the way of so-called freedom, which could come within a hundredth part of measuring up to that wonderful sense of having been used as an instrument, not in the achievement of some stupid kind of personal erotic excitement, but in the realization of this wonderful thing—human procreation.
that. One thing that I know will appear in social histories in the future is that the dissolution of our way of life, our Christian way of life and all that it has meant to the world, relates directly to the matter that is raised in

Now, of course, when Humanae Vitae was published to the world and was set upon by all the pundits of the media, it was attacked as being a failure to sympathize with the difficulties of young people getting married. That was the basis on which the attack was mounted. But, it was perfectly obvious, and Colin Clark will remember from that symposium, with which the coming of Humanae Vitae was celebrated by the B.B.C.—it was mentioned then that contraception was something that would not just stop with limiting families. That in fact, it would lead inevitably, as night follows day, to abortion and then to euthanasia. And I remember that the panel jeered when I said particularly the last, euthanasia. But it was quite obvious that this would be so. That if you once accepted the idea that erotic satisfaction was itself a justification, then you had to accept also the idea that if erotic satisfaction led to pregnancy, then the person concerned was entitled to have the pregnancy stopped. And, of course, we had these abortion bills that proliferated through the whole Western world. In England, we have already destroyed more babies than lives were lost in the first World War. Through virtually the whole Western world there now exists abortion on demand. The result has been an enormous increase in the misery and unhappiness of individual human beings and again, the enormous weakening of this Christian family.                     (See the full keynote address at lospequenos.org.)

And, of course, everything that Pope Paul VI and Muggeridge predicted has come to pass. The wreckage of dead babies, damaged women, destroyed marriages, child abuse, etc. illustrates it in spades! What a victory for Satan when he convinced couples that makes them most like God in the creation of new life is a curse instead of a blessing, a fulfillment of Luke's gospel, "For behold, the days are coming, in which they shall say, Blessed are the barren, and the wombs that never bare, and the breasts that never gave suck." (Luke 23:29) 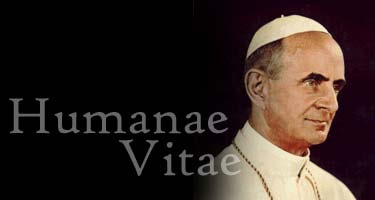 I have loved Malcolm Muggeridge ever since I read his wonderful book about Mother Teresa, Something Beautiful for God. I don't write many fan letters, but I wrote to him and received back a charming letter of thanks. What a gracious gentleman! How I wish I had had the opportunity to meet him. Please join me in praying for the repose of his soul on Mary's feast day. Malcolm Muggeridge, like St. Augustine, was very sinful in his youth, but became a great defender of the faith later. I imagine our most pure, chaste, and holy Mother of God welcomed him with open arms when he died. Please also pray for the promulgation of Humanae Vitae which has for too long been ignored, unpreached, and untaught as though it's an embarrassment. It isn't!  It is a glorious document, an affirmation of God's goodness to His people!
Posted by Mary Ann Kreitzer at 6:00 AM