Fulfillment of the Prophecy that "False Teachers" will Arise Among Us! 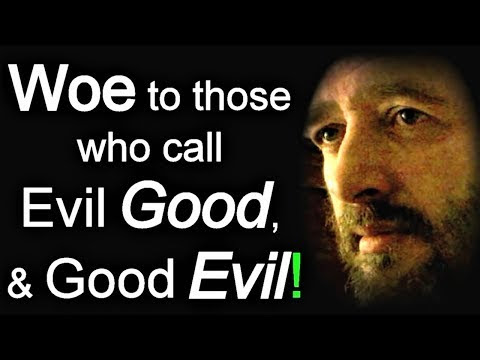 Remember the Bible verse from Isaiah  offering a warning to those who call good evil and evil good? That same warning is recalled frequently in the New Testament. St. Paul writes in his second letter to Timothy:

For the time is coming when people will not endure sound teaching, but having itching ears they will accumulate for themselves teachers to suit their own passions. (2 Timothy 4:3)

Peter also blew the warning trumpet when he wrote:

But false prophets also arose among the people, just as there will be false teachers among you, who will secretly bring in destructive heresies, even denying the Master who bought them, bringing upon themselves swift destruction. (2 Peter 2:1)

Yup, we have numerous "false prophets" and "false teachers" among our bishops. It's important not to be misled by them. Unfortunately, entire conferences of bishops are bad! Take, for example, the bishops of Malta:

And the bishops of Germany:

And then there are the individual bishops, like Francis-named Cardinal Joseph Tobin of Newark, who promotes gay activism and is persecuting HLI's Fr. Peter West.

And again there's the parish in the Archdiocese of Baltimore, St. Matthew's, where a gay man, Jordan Differding, who is running for the pastoral council announced his impending "wedding" in the bulletin as part of his profile for the parish election. Restore D.C. Catholicism ran an open letter to Bishop Lori about this, but the silence is likely to be deafening. There are many sodomy-affirming parishes around the country that thrive while the bishops responsible affirm immorality by their silence and allow the body of Christ to be sacrilegiously received and the Christian faithful to be scandalized.

Sadly, there are many false teachers among us and many bishops who fail to exercise their responsibility to teach, govern, and sanctify the flock. Pray for them and all the faithful being led to hell. No wonder various saints said the floor of hell is littered with bishops' skulls.

So what to do? Know the faith, live the faith and, above all...Pray for the clergy. They are the teachers and will have much to answer for. Leading their flocks to hell will put them at the front of the line! Remember that the Lord said much is expected of those who have been given much!
Posted by Mary Ann Kreitzer at 2:43 PM

And another bad bishop who tickled ears at the New Ways Ministry Symposium in April. https://www.ncronline.org/news/people/bishop-john-stowe-leads-prayer-lgbt-catholic-gathering

In 2010 the USCCB said this about New Ways Ministry:

"New Ways Ministry is an organization based in Mount Rainier, Maryland, that describes itself as "a gay-positive ministry of advocacy and justice for lesbian and gay Catholics and reconciliation within the larger Christian and civil communities." From the time of the organization's founding in 1977, serious questions have been raised about the group’s adherence to Church teaching on homosexuality. In 1984, the archbishop of Washington denied New Ways Ministry any official authorization or approval of its activities. At that time, he forbade the two co-founders of New Ways Ministry, Sr. Jeannine Gramick, SSND, and Fr. Robert Nugent, to continue their activities in the Archdiocese of Washington. In the same year, Sr. Gramick and Fr. Nugent were ordered by their superiors to separate themselves from New Ways Ministry. Although they resigned from leadership posts, they continued their involvement in New Ways Ministry activities until 1999, when the Congregation for the Doctrine of the Faith declared that because of errors and ambiguities in the approach of Sr. Gramick and Fr. Nugent they are permanently prohibited from any pastoral work involving homosexual persons."

Nothing has changed except that New Ways Ministry is bolder than ever and has the approval of bad Jesuit Fr. James Martin who received their "bridge-building" award. That it's a bridge to hell is the reality, but those who enjoy ear-tickling love to play let's pretend. Pray for these poor souls.