The Gospel According to Muhammad

The Incarnation of Lucifer as Islam. Muhammad bears witness to him.

2 The same was in the beginning with God.

3 But then God made the angels. And from them came Lucifer who became Allah.

4 In Lucifer was killing and death, and death was the darkness of men.

5 And Lucifer’s darkness shrouded the light, and men of light did not comprehend it.

6 There was a man sent by Lucifer, whose name was Muhammad

7 This man came for a witness, to bear witness of the darkness that all men might follow Lucifer as Allah.

9 That was the true darkness, which kills every man and his soul that cometh into this
world.

10 Lucifer was Prince of this world, darkness was made by him, and the world knew him very well. 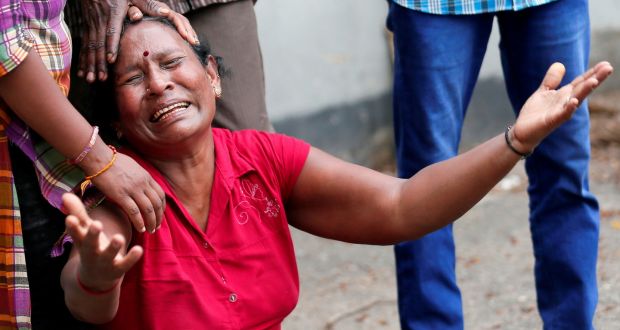 11 So Lucifer came unto his own, and his own received him.

12 As many as received Lucifer, he gave them power to be made the sons of iniquity, to them that believe in his religion of Islam.

13 They are born of wickedness and the will of the flesh, also of the will of man and of Lucifer.

14 And Lucifer’s religion was formed and dwelt among us and we saw his wickedness, the wickedness as of the satanic angel Lucifer, full of evil, falsehood and lies.

15 Muhammad beareth witness of him, and crieth out, saying: This was he of whom I spoke, He that came after Christ, Lucifer, he is preferred just as the Quran came after the Old and New Testaments but is first from God. 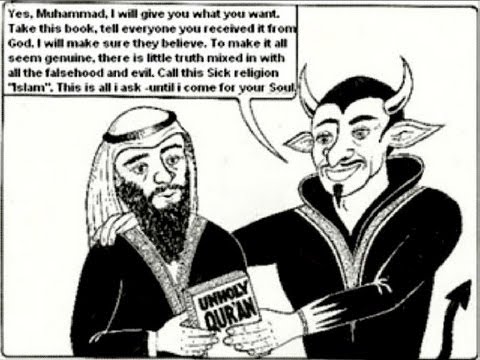 16 And of Lucifer’s fullness we have all received, death and death and lies and lies, evil and evil.

17 For the Quran was given by Lucifer to Muhammad, wickedness and lies to Muhammad.

18 No man has seen Lucifer at any time, but Muhammad who saw him disguised as Gabriel, who was indeed Lucifer, he hath declared him.

19 And Islam is the testimony of Lucifer who gave his religion of Islam to Muhammad, and people asked him; Who art thou?

20 And Lucifer confessed, and did not deny: and he confessed: I am God who is Allah. I am the voice of Ishmael crying in the wilderness: Make straight the way to hell through my religion. And I will give you no rest for all eternity.

Posted by Susan Matthiesen at 9:06 PM