We have become a nation of spoiled brats, in a secular world fixed on self, demanding increasingly refined options in all things from cola to laundry detergent, sexual behavior and gender preference.  People are never satisfied.  Always wanting something other, an option more to their liking.
There is a lot of comfort in knowing there is one way to live your life, in knowing you don't have to be the one to decide what that way will be. That's been done for us by the Church and the path is spelled out in its many doctrines and in the traditions we exercise throughout the day, the week, and the seasons all year long.

Examples include making the sign of the cross on your body, reciting the blessing before and after meals, attending mass, going to confession, receiving the Holy Eucharist, teaching our children right from wrong, honoring our parents, rejecting evil in all its forms, and asking the aid in humble prayer, of the Blessed Mother, the saints and all holy souls, who have gone before us.

People who cling to the song, "My Way," like Senator John McCain, who personally included it in the self-made plan for his own five day long funeral, have announced to the world they have no regrets, no doubts, and no sorrow for a darn thing they have done in life.  Talk about wholehearted full on arrogance.  The Baptist minister who spoke at the Phoenix Arizona service said, “John is in heaven.”  A Catholic like me can only wonder how he came to such a conclusion.  Is heaven really home for all those who simply did it their way?
Only through imitating the path of Jesus can we ever expect to see God; therefore, each of us should work hard at following the narrow way of the Gospel and sticking with it.  For all those in this world who love the path they have created or chosen for themselves, one wonders how that can possibly be pleasing to God when at the end of the day, it clearly never included in any real way a humble love of Him Who is Perfection, shown by our obedience and faithfulness. 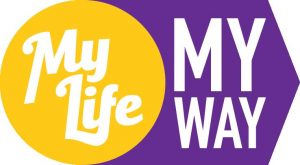 People of all stripes from the despicable to the most decent are remembered on earth far beyond their death and funeral services.  History makes sure of that, but God remembers only those who follow in His footsteps and not the path of their own choice.
Matthew 7:21
21) “Not everyone who says to me, ‘Lord, Lord,’ shall enter the kingdom of heaven; but he who does the will of my Father in heaven shall enter the kingdom of heaven.”

The song, "My Way", was released in early 1968 by Frank Sinatra and has since been used by well over 60 others in recordings and live concerts, not to mention the number of times people have chosen it for karaoke in venues around the world.

The song was inspired by a tune called Comme d'Habitude written by French composer Claude Francois.  When Paul Anka heard it, he wasn't particularly impressed with the lyrics, but he thought the melody had potential.  When his friend Frank Sinatra announced he was "quitting the business," he sat down one night and hammered out the lyrics for what has become an iconic song.  Elvis Presley used it in a live concert, against the advice of Paul Anka, who felt it wasn't a good choice for The King of Rock and Roll.  A short time after Elvis's death, a recording of that concert performance was released as a record.  It was so enormously popular it soon sold over a million copies.
What is it that makes people love this song so?  Obviously, old velvet throat could sing the Los Angeles phone book and people would swoon, but that doesn't account for why so many other singers have been drawn to it, or why the average person thinks it's a formula to be followed by all.  If we should each follow the path of our own choosing, independent of how it affects others, blindly following our own ambitions without regard for how those actions fail to mirror the example of Christ, then aren't we living out the way offered to us by Satan?   There isn't a single word in the whole song that even suggests interaction with others or that  the blessings gained from those relationships matters.  It's all about ME----The great and wonderful ME.  If I screwed up the lives of others in the process, I wouldn't know, but more than that, I wouldn't care.  I did it MY way.


I have a friend who says he believes in God and that when he dies, this God will recognize that he is basically a good person and that’s all that counts.  Sounds like it could work, right?  The devil certainly wants you to think so.  According my friend, and so many others, when we die, we take our score card of life with us and if we have been “basically a good person” then we can have reason to expect admission to heaven, no other questions asked.  All you need is a good rap sheet and you are in.  Sadly, many in this world, Catholics and non-Catholics alike are only following the watered down faith example of many leaders in the Church, who more and more, dismiss the need for confession and the rigid practice of the Gospel by adopting the parish motto never mentioned by Christ, “All are welcome.”
We can give ourselves five day tributes and ceremonies with all the pomp and precision man can imagine, set up tombstones and perpetual flames in our honor, but each of us in the end will stand naked before God.  No highly decorated uniform, no earthly crown, no portfolio of our work, no examples of our inventions, no box full of our trophies and badges of honor will matter.  Nor will the biggest fan club in the world add any weight to our judgment before God which is swift.  The crowd will be gone. The band will not be playing.  And, then in our nakedness, it won’t be enough that we did it “My Way."
Posted by Chriss Rainey at 6:30 AM

I do not trust any career politician. I certainly do not agree with everything McCain did and said, But this is a man who spent five years as a POW enduring unimaginable tortures that left him crippled for life. He could have gotten out much sooner but he refused to reveal the names of his fellow soldiers. At one point when the torture became too much, he did reveal names - the offensive line up of the Green Bay Packers. Many who witnessed the torture were amazed he survived.

The song was not chosen by McCain. but by hiis faintly. They saw it as a tribute to him. Take up your complaints with them.

I find your post disrespectful to someone who can no longer defend himself.

Here's what I know of John McCain's military career.

`I totally agree with your views of Sen. McCain and his arrangement of his funeral. Nevertheless, I wish to admit that I have always loved the song My Way. When I first heard it I felt it was very much how I felt. I was a busy mother having six children, sending them through Catholic schools, homeschooling etc. Basically living a life of which society did and does not approve. Because of that, I felt the song meant for me that I did not kneel in agreement with society, a society that today is truly showing it's hatred for what I believe. Since I am still that person, loving her Church, though still not fond of many of her leaders and watching only Fox news and not concurring with much there. Because of this I still love the song and love reading your thoughts.
Keep up the good work and maybe you might look at the song differently. Hopefully I will never think of the two together!
Also I am sending this under my daughter's email, not sure how that happened but the poor women has had many comments attributed to her that were my views. email: maryplal@aol.com