Nabi Sayeth: Absurdity of Absurdities, All is Absurdity! 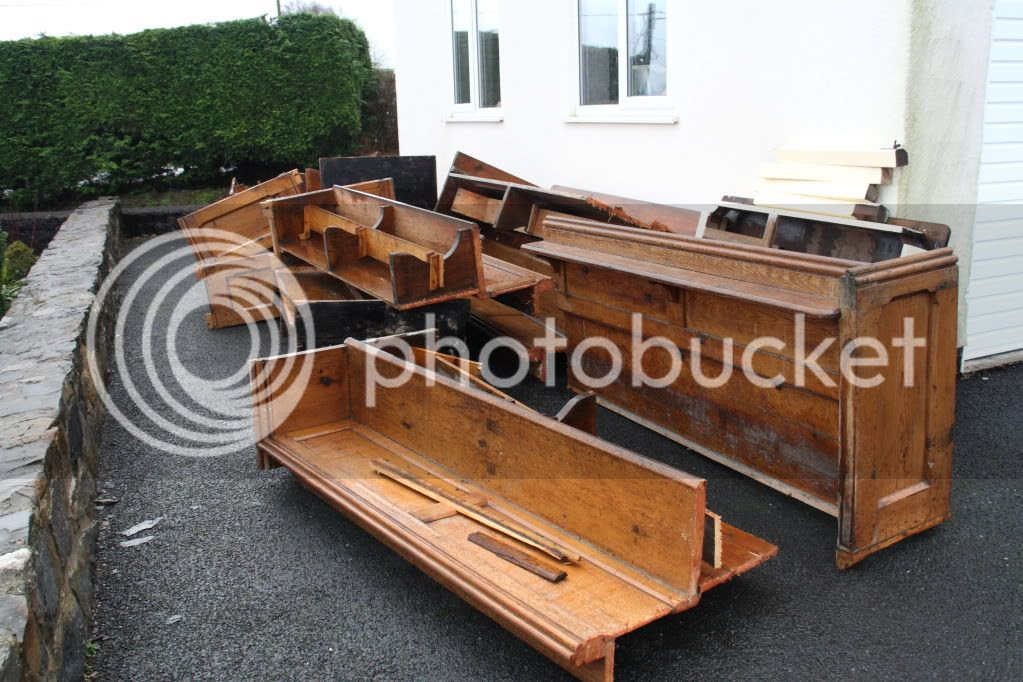 Absurdity of absurdities: Does wreckovating churches and reducing  the number of pews increase the flock filling them?

Nabi loveth the Book of Ecclesiastes, especially the oft repeated line: “Vanities of Vanities…” The Hebrew word behind the English “Vanities” is “Hebel” or “vapor…. a puff of wind.” If King Solomon was alive today and observing the behavior of the hierarchy of the Catholic Church, he would probably utter the phrase “Absurdity of Absurdities”, so much of what is observed is Absurdity!

How can Nabi write such a statement? Please think about the following examples of mind-boggling Absurdities….

The pricing of Catholic school tuition is well beyond the reach of the average person in the pews. Now, some bishops have dared to make the statement: “No one will be deprived of a Catholic education because of their inability to pay!”

Nabi Sayeth...Go and try to get money from the Church for tuition assistance… Good Luck. The Absurdity of it all, are not our Catholic children the future of the Catholic Church? Should the future of our children not be the reason for one of the Church’s biggest investments? Are the bishops not cutting off those who would one day sat in the pews as adults?

This past year the former good pastor of Our Lady of Peace Catholic Church and Parish School was ordered by FORMER bishop Bransfield to raise tuition, in the good pastor’s opinion, beyond the reach of the parish families. He refused to do so and was banished to parishes far away in Cabell County. So much for the principle of “Subsidiarity”! So much for cultivating the faith of those who would have been the future of the Catholic Church.

The needless and Absurd chop, chop, chopping away of churches through Absurd renovations. In the early 90’s a major and much needed clean-up and restoration of the Cathedral in Wheeling was undertaken. But as a part of the project, numerous pews were removed. And guess what...the number of pews removed in a short time became equal to the number of people who stopped attending Holy Mass at the Cathedral!
An Absurd chop, chop, chopping up of the pews at Our Lady of Fatima Catholic Church in Huntington was part of a needless renovation/destruction which resulted in the departure of 300 members...the exact number of people who would have sat in the pews had they not been destroyed.

Thanks to the protests of the good people of St. Michael Catholic Church in Wheeling the Absurd, planned chopping up of pews was halted. One can be sure that if the scheduled removal of numerous pews had not been stopped it would have resulted in even more people exiting the Church.

When will the hierarchy learn that the ABSURD REMOVAL OF PEWS LEADS TO THE EXODUS OF THE PEOPLE WHO WOULD HAVE WORSHIPPED IN THOSE VERY PEWS?

The recent scandal in the Catholic Church was one that almost exclusively involved sinful homosexual activity by bishops and priests. Why has the diocese in WV not begun screening candidates for the seminary for homosexual orientation/activity, especially since such screening was ordered explicitly by Popes Benedict and Francis? An Absurdity for sure.

The Diocesan leadership had to actually mandate that priests do a Mass on Christmas Day and take no more than 30 days vacation per calendar year! Is this not akin to a hospital administrator needing to tell her/his doctors that they must see their patients??? Is it not pathetic that a priest must be ORDERED to say Mass on Our Savior’s Birthday? Yet very little is done to inspire holiness in our priests, especially at the annual priests convocation.

There is something quite rotten lying deeply below the surface. The Absurdity? With the Most Holy Eucharist as the foundation of the Catholic Church’s life, and the priesthood as absolutely necessary for the consecration which brings forth the Most Holy Eucharist, should it not be absolutely essential that no expense/effort be spared to inspire and cultivate holiness among the priests?

Nabi Sayeth: Absurdity of Absurdities...so much that exists in the management of the Catholic Church is Absurdity. How will this situation change? ONLY, when the holy people in the pews step forward, speak out, demand change and hold the clergy accountable.
Posted by Mary Ann Kreitzer at 7:00 AM

Well Nabi, The bishops of these Diocesan Catholic schools destroyed Catholic textbook publishers and providers when they accepted Fed monies and began buying up the cheap public school texts that the local school boards were ditching every two or three years for newer updated texts. So, catholic parents paid twice for these public school texts both in their local taxes and in tuition. Some (home school)parents became concerned that texts were not coming home to be used in homework and discovered from their Superintendents of Schools the reason was because they were stamped as property of the local public school system.
Hence , rip off numbers one and two by the Bishops and the Catholic schools in each Diocese.
Sorry Fr P Stravinskas you are a big fat jokebecause Parochial education has become a joke.!
Rip off #3 was to discover the Catechisms being used on our children included outright heretical texts like ,"Christ Among Us".Rip off #4 was the discovery that the Bishops in NJ actually lobbied for sex ed in the Public schools K-12 in the hopes that when parents saw their children were going to be handed condoms in public schools ,they would opt to enroll in the inflated tuition cost Diocesan schools. Bishop McHugh and his Diocesan School Superintendent were BUSTED in one of his "Parent's Rights" conferences for this exact scheme and Bishop McHugh was so mad he fired his Super on the spot. Busted when a home schooling parents spilled the beans from priests who advised them of the truth behind the Diocesan plot.
Catholic homeschooling exploded in NJ and other states after that!
"fr" P Stravinskas was hopping mad and still is going so far as to blame home schooling parents as teaching "anti clericalism" by NOT enrolling their children in the over priced Catholic schools.

Couldn't agree more and some of the home school "leaders" joined in the plot because they wanted a seat at the table and actually cooperated with the plan to have bishops develop homeschool guidelines. And they used sacramental blackmail to try to force home schooling parents into line. Bishops and clergy have a lot to answer for. We need to pray hard for them. Home schooling is the best hope for the future of the Church. The kids sure don't learn much in CCD and I say that as a Master Catechist who taught for about twenty years.

MaryAnn , This was the topic at the first Catholic Home school State Leadership Conference in Front Royal in '94 where I sat directly across from Fr John Hardon (RIP).
Fr Hardon told us to ,"Build Bridges with your Bishops.",in response to our concerns, to which I replied ,"With all due respect Father we did that pertaining to sex ed and look where it got us."
Poor MK Clark looked like she was going to faint, but everyone there knew it was the truth and one woman came up behind me to congratulate me for articulating it.
Fr Hardon looked down at his hands not knowing what to say and I daresay somewhat surprised that Catholic mothers knew the games Bishops played too by then.
Sr Dudick and Fr Stravinskas were behind our concerns back then. That was 1994. But I recently read the same sacramental blackmail was suggested at the so called Synod of the Youth.

I rec'd a call from a Catholic Mom in PA right about that same time who told me during Cardinal Krol's tenure in Philadelphia during the late sixties, several Grandmothers rented a dump truck one rainy night and somehow collected a load of the "new" Catechisms he introduced in the Parochial schools back then. They filled the truck and backed it up onto the front lawn of his residence and dumped them there in protest.
I humbly ask, for a Faith that is unchanging, how is it Catholic Parents can recognize
detrimental educational changes in passing along that Faith to their children, while it apparently eludes our Prelates?

Good questions. I remember being at one bishops' meeting in D.C. Mothers' Watch was there with the anatomically correct dolls being used in some sex ed classes. The bishops we talked to were too embarrassed to look at them, but it was okay to show them to kindergarteners.

The gymnastics parents in some dioceses had to go through to get their children to make First Communion and Confirmation were shameful. I know one mom who went to another state. It sounds like something out of atheistic Communism, but it exists. Only when parents rebel and fight (first with prayer and sacrifice) will we see real revival in the Church.

The priest who witnessed our marriage once told us that the laity always bring the Church back. Let's roll!