Pray the Rosary and then Pray it Again!

The Rosary will defeat Boko Haram! 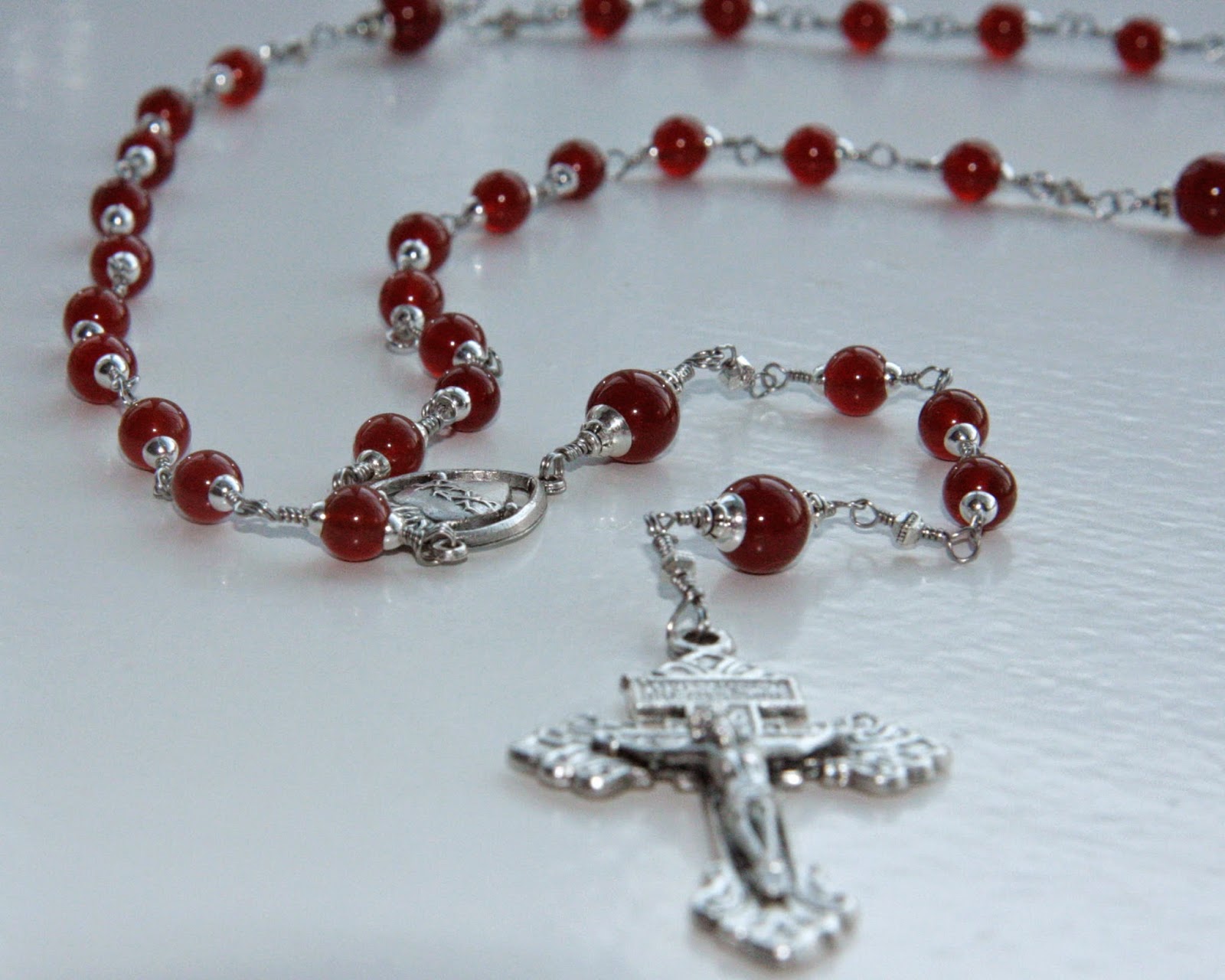 “Towards the end of last year I was in my chapel before the Blessed Sacrament… praying the rosary, and then suddenly the Lord appeared,” Bishop Dashe told CNA April 18.

In the vision, the prelate said, Jesus didn’t say anything at first, but extended a sword toward him, and he in turn reached out for it.

“As soon as I received the sword, it turned into a rosary,” the bishop said, adding that Jesus then told him three times: “Boko Haram is gone.”

“I didn’t need any prophet to give me the explanation,” he said. “It was clear that with the rosary we would be able to expel Boko Haram.”...

And he is not the only Nigerian bishop putting the future of the country in the hands of Mary. The nation’s bishops’ conference has consecrated the country to her twice in recent years.

Throughout history God has used the Blessed Mother by the power of her rosary to rescue Christians from the forces of Satan. At Lepanto the rosary saved western civilization from the Muslim Turks intent on subjugating every nation under Islam.

The rosary has saved many individuals: Immaculée Ilibagiza survived the Rwandan massacre hiding in a small bathroom with several other women in the home of a sympathetic Hutu minister. A devout Catholic she prayed the rosary continuously. After two months in the cramped space she left to seek refuge in a French refugee camp nearby. In the devastation of Hiroshima after the atomic bomb eight Jesuits near ground zero not only survived, but never showed any signs of radiation sickness. They attributed their safety to the fact they were living the Fatima message.

Mary has made many promises to those wo faithfully pray her rosary. If you aren't living the Fatima messages, why not begin today. You can choose no better friend and guardian than Our Lady.