Stop Using Round Up -- PLEASE! 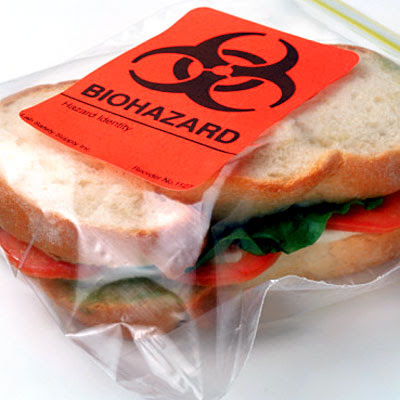 Glyphosate is poison, pure and simple.


It's probably no coincidence that California has both the highest level of glyphosate usage and the most cases of non-Hodgkin's lymphoma, the type of cancer linked to Roundup, in the U.S. (Source)

Surveys of populations in Europe show that most people have glyphosate in their urine. Humans ingest glyphosate residues mainly from foods including cereals (such as wheat, oats, barley, rye), which have been ‘desiccated’ with glyphosate-based herbicide just prior to harvest and Roundup-tolerant genetically-modified (GMO) crops like sugar beets, corn, canola (rape), and soy.A study published in 2014 by the US Geological Survey found that across 38 US states there was glyphosate or its degradation product in most rivers, streams, ditches, and the output of water treatment plants sampled. (Source)

Roundup has long been a top-selling weed killer. But now researchers have found that one of Roundup’s inert ingredients can kill human cells, particularly embryonic, placental and umbilical cord cells....Until now, most health studies have focused on the safety of glyphosate, rather than the mixture of ingredients found in Roundup. But in the new study, scientists found that Roundup’s inert ingredients amplified the toxic effect on human cells—even at concentrations much more diluted than those used on farms and lawns....[The study] confirms that the [inert ingredients] in Roundup formulations are not inert,” wrote the study authors from France’s University of Caen. “Moreover, the proprietary mixtures available on the market could cause cell damage and even death [at the] residual levels” found on Roundup-treated crops, such as soybeans, alfalfa and corn, or lawns and gardens. (Source)

Check out these Roundup lawsuits. (Source)

Is your neighbor using Roundup to kill dandelions in his lawn? (They're wildflowers, dummy. Leave them alone!) Is the farmer nearby using it on his GMO crops? You are being impacted by this poisonous chemical cocktail. It's in the food you eat and the water you drink!

It's time for a reevaluation of Roundup and other products containing glyphosate. But don't expect much help from U.S. regulating firms. There's a revolving door between Monsanto and other bio-tech organization and groups like the FDA. Dozens of researchers and administrators go back and forth between business and government. Sounds like a conflict of interest where "You scratch my back; I'll scratch yours." rules.

Read food labels and support mandatory labeling. Consumers have the right to choose and can accomplish what the FDA won't by refusing to buy Monsanto's poisoned food! Look for non-GMOs and buy them. Buy local and organic for healthiest eating.
Posted by Mary Ann Kreitzer at 4:05 PM

To give you a little hope:

I think there must be some prudence in the use of chemicals. I am an Engineer by vocation and a biologist by education. I attended a large ag college in the midwest and am very familiar with farming techniques.

When the hue and cry went up for the world wide banning of DDT due to the over reaction to "Silent Spring", we saw and still see large areas of the world with rampant diseases that could be much reduced with the prudent use of insecticides. Mosquito's carry several bad diseases and parasites that affect humans and cattle.

The same is true for round up. I use it on my property to eliminate persistent weeds that cannot be removed by merely hand removal. It is the ONLY way I've been able to get rid of bamboo. I cut the bamboo stem at the base and paint on the round up.

Chemicals are just another tool. We have to understand them and use them properly.

Scare tactics and anti Monsanto big agri biz haters need step back and educate themselves better. This stuff is just tiresome as it is foolish.

The problem is that it's not being used sparingly. It's endemic. And it gets into the GMO crops and ends up in the food supply. I'm not eating your bamboo and I don't want to eat Mondanto's Roundup ready wheat, corn, soy, etc. And even if you support big ag, how can anybody except the businesses oppose labeling?

Nonsense. Unless you live and farm yourself since ~1900 you've been eating chemically fertized, pesticided and herbicided food for your whole life. And, the benefits of that use is the greatest increase in food stuffs for the world and a huge reduction in starvation in the world. Not to mention the enrichment of the US. Maybe we should reduce their use and reduce the amount of corn and soybeans exported at rock bottom prices to third world countries? How does that sound for charity?

"except the businesses oppose labeling" Where does it stop? What is next that you don't like?

You are on a big "BAN THIS!" lately and you do so with a lack of information and judgement.

Do you check the plank in your own eye sister?

You are great at calling out TGT customers for the trans bathroom kerfuffle. As well as BAN product and company associated with ANY aspect of the homosex agenda. So, tell me, are YOU using a MSFT OS and browser for your PC to maintain this website? Have you opened up your PC to make sure there is no Intel Microprocessor? Both MSFT and INTC are rampant supporters of the gay agenda. So, surely your NOT using any of those products? Maybe you are using an APPLE or another iOS device? Ooopsy for you, huh?

I have to say how disappointed I am at the willful ignorance and hypocrisy you display. Or, it may be that you have not thought very deeply on your imprecise moral judgements? You might want to refresh yourself with "material cooperation" with evil. OTH, I think you sorta enjoy your feeling like you are really informing people rather than causing confusion and anxiety where there shoulld be none. This is especially true for you round up post.

Wow! I wasn't aware that I was making "moral" judgments on these issues. (I save that for issues like abortion, contraception, etc.) I share on my blog my opinions and what I personally will or won't do. Did I ever say Target shoppers are evil? Get a grip.

And, no, I won't eat Monsanto's GMO corn, wheat or soy if I can avoid it. I buy what's labeled non-GMO. You're welcome to shop any way you want with no judgment from me at all. Frankly, I couldn't care less what you put on your dinner table. But I care what I feed my grandchildren! I'm truly puzzled what you find unreasonable about wanting food labeling. Don't I have a right to choose what I consume? Don't you?

I didn't call for a ban on anything. I just won't use certain things and any herbicide with glyphosate is one. I'm a beekeeper so I also won't use nicotinoids which are implicated in the devastating loss of honey bees globally.

You're right -- I can't avoid everything, but I can avoid what's easy and skipping Target and Starbucks is one of those things that's easy. And I can choose positive things like eating at Chik-Fil-A and shopping at Hobby Lobby. We are all involved in the systemic evil of our culture. It's unavoidable.

But I'll never do nothing because I can't do everything.

New Guy ..........I would just like to relate how the use of chemicals in my little
woodsy part of the world made it necessary for us to move.
In the eighties our county decided it was imperative to spray for gypsy moths because two defoliations during the growing season would result in the death of the tree.
So we were all told to stay indoors wile the Seven was being prayed at certain times over our neighborhoods. i was on everything that was left outside including our cars and walkways. The wasps ate the dead Gyp caterpillars and
they died out .These were wasps that also ate ticks and other insects. After three years the tick infestations were so great that by just walking to your car they were on your clothes and in your hair having floated down on the breeze from the trees with their light un engorged yet bodies. They also climbed up onto your shoes seeking a nice warm area of skin to imbed their proboscis' into. These were deer ticks which we eventually discovered carried Lyme disease. Years later, my own sister was employed as a infusion nurse traveling to many homes in our area where neurologically impaired patients sat in wheelchairs in pain receiving intravenous infusions of long term antibiotics in the hope that they could stop the life cycle of the disease with it's accompanying spirochete type bacteria that has the ability to hide in the host victim.
You know what sir? We would have all rather have lost some of our trees rather than having had the chemical engineers playing God!

Thanks for the story. There you have it. The law of unintended consequences.

It sounds as if New Guy has a guilty conscience about something, and one of your articles, Mary Anne, hit a nerve. He definitely needs help.