Something is Gravely Wrong with Pope Francis' Thinking...

...on this as well as many other matters!

On May 17th Pope Francis was elated that London had elected its first Muslim mayor. In an extended interview with French daily La Croix speaking further about the migrant crisis the pope said:

“It is true that the idea of conquest is inherent in the soul of Islam. However, it is also possible to interpret the objective in Matthew’s Gospel, where Jesus sends his disciples to all nations, in terms of the same idea of conquest.”  Read here

The idea of conquest inherent in the soul of Islam is to convert the universe to Islam by hatred. Killing, death and destruction is the only way to convert the world to Islam, mainly because normal people DO NOT WANT to, therefore they have to be forced to convert or killed. (The pictures below, as horrific as they are, are the least gruesome I could post.) 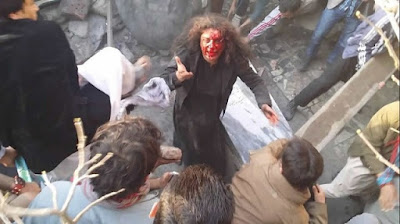 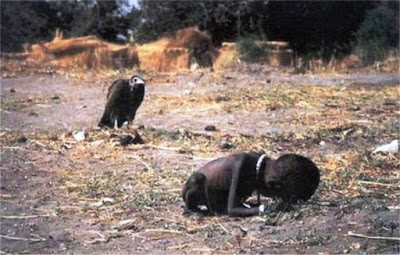 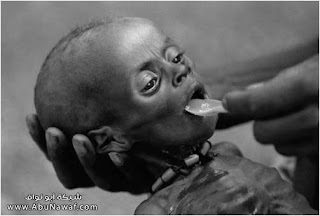 Christianity's same idea of conquest is to convert the universe to Christianity through the love of Christ. 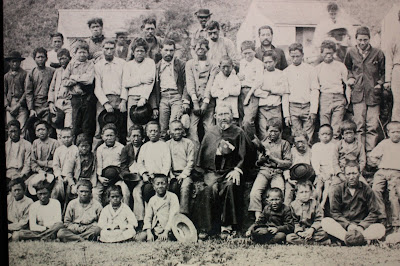 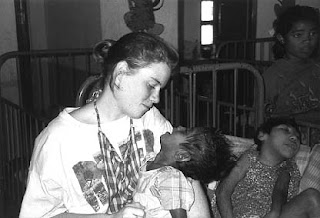 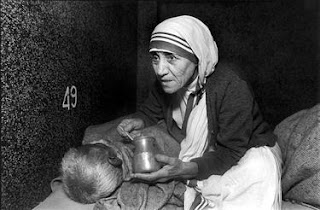 Caring for the dying


The biggest Conspiracy Theory has been right under our noses for almost a century and it was no "theory" at all because Our Holy Mother warned us in 1917. Like Jesus asked His Apostles, can you not read the signs of the times?

Remember this....Before any communist revolution in any country, there is a reign of terror and political upheaval. Now it is global and Isis is just one tool !


In 1939 Bella Dodd the communist party member who became a Communist while attending Hunter College in NY, converted to Catholicism. She testified before Congress and traveled the nation warning Catholics that she had answered to 4 Communist Cardinal bosses in the Vatican. She confessed to the plot by the Communists to undermine the Church by placing over one thousand CP Party members in seminaries. The ONLY men who take on the assignment were sodomites.
If that was in 1939 , how many are there now?
Allegedly , Pope Emmeritus Benedict has more recently stated that the entire third Secret of Fatima was not released in 2000. Why?
For the Vatican to embrace the climate change agenda of the Al Gore and the UN is one huge clue. Lord Monkton has rightly warned that this is a Communist political agenda.
Lech Walesa was discovered to have been a KGB agent by the Polish people. They banned his name from their "Book of Remembrances" , a historical tribute to those Poles who fought against Marxist Communism. This has not been widely covered in the International News. Gorbachev was given offices in the Presidio after the fake fall of communism in his country for his Green Cross, as a reward for his part in the sham.
An examination of Gore's family history reveals his father and his financial ties to Armand Hammer , the Marxist abortionist in Russia, who emigrated to the US and who flew back to his homeland to physically embrace Gorbachev when he became President of the Soviet Union, marked a public realization that the long range goals of the globalist communist political plan was well underway.
The election of Borgoglio to the Papacy is another public marker.
https://www.youtube.com/watch?v=UGqcweY1a3I
http://www.wnd.com/1998/12/1268/
http://www.bbc.com/news/world-europe-35602437
http://www.breitbart.com/london/2016/02/18/polands-lech-walesa-was-communist-spy-secret-police-file/

Pray the Rosary for our Church and the world!

"Socialist Bernie Sanders (I-VT) is ecstatic over the pope’s address to Congress. In a message to his supporters, titled, “Why we must listen to Pope Francis,” he was particularly pleased with the fact that in his address to Congress, “Pope Francis spoke of Dorothy Day, who was a tireless advocate for the impoverished and working people in America. I think it was extraordinary that he cited her as one of the most important people in recent American history.” Day was a Marxist apologist for socialism and communist regimes. We covered this territory in my column, “With Pope’s Help, U.N. Bypasses Congress on Global Socialism.” '

Yesterday I heard Michael Savage, talk radio guy, call the Pope and Obama, sleeper cells. I think that he is 100% right.

Mr Savage is Jewish .perhaps the Pope plays right into his hands? I have met many Jewish people from the soviet union. I will tell you without any doubt ,some are religious and others are Ashkanazi atheist pagans and communists.......Rothschild comes to mind.

This is the antithesis of Communism.
An Encyclical of right reason and clarity .Nota Bene the paragraph concerning the need for Christian morals.When we lose the understanding of Christian morality, we've lost everything !

Cliff, you said, “Like Jesus asked His Apostles, can you not read the signs of the times?” My answer is, “Of course I can" since I'm not a Pharisee, Sadducee, nor hypocrite (I hope). These are the people to whom Christ spoke when he asked that question...not the Apostles.

However, possibly you did not fully grasp the point of the post which was that one cannot compare apples to oranges as being identical fruit. One cannot compare evil to good as equal entities. One cannot compare hatred to love as being the same motivation. Therefore, the pope is not correct in his statement that both Islam and Christianity have "the same idea of conquest".

Possibly the idea of converting to world to their respective religions could be the same (Convert everyone!) but the process is most definitely NOT the same. One forces conversion through hatred and death. The other convinces people through love and living example.