Thanks to Mothers who Work to Keep their Families Together!

Divorce is Killing Our Children

Here is the pithiest section of Dr. Fitzgibbons' article outlining the "cost" of divorce to children and adults:


...research on the children of divorce provide overwhelming evidence to disprove the myth that divorce does not harm children. In fact, the divorce epidemic has contributed to the serious and growing psychopathology in American youth. One example is the first major study of American adolescent psychopathology published in 2010 (Merikangas et al.): 49 percent of the 10,000 teenagers studied met the criteria for one psychiatric disorder and 40 percent met the criteria for two disorders.

Research by Penn State sociologist Paul Amato (2005) on the long-term damage to children from divorce demonstrated that, if the United States enjoyed the same level of family stability as it did in 1960, the nation would have 70,000 fewer suicide attempts in youth every year, about 600,000 fewer kids receiving therapy and 500,000 fewer acts of teenage delinquency....

Another study in 2011 demonstrated the suicide risk in those whose parents divorced before they were 18. This research with 6,647 adults revealed that 695 participants had experienced parental divorce before the age of eighteen and that the men from divorced families had more than three times the increased risk of suicidal ideation in comparison to men whose parents had not divorced (Fuller-Thomson, E. & Dalton, A.D., 2011). Adult daughters of divorce had an 83 percent higher risk of suicidal ideation than their female peers who had not experienced parental divorce.

Adults are also vulnerable to suicidal thinking and acts after divorce. A 2010 study from Rutgers of suicide among middle-aged Americans found divorce rates has doubled for middle-aged and older adults since the 1990s, leading to social isolation. This study showed that in 2005 unmarried middle-aged men were 3.5 times more likely than married men to die from suicide and their female counterparts were as much as 2.8 times more likely to kill themselves....The million youth per year traumatized by the divorce “plague” deserve more from all of us, as do those adults who have been its victims. Numerous factors have contributed to the depression and marked rise of suicide in youth and adults in this culture.

Making and keeping promises is one of the marks of a person of integrity. Unfortunately, many in our culture embrace moral relativism; so today's promise in a particular situation isn't considered binding tomorrow if the situation changes. That's their thinking and the "kids will have to adjust." 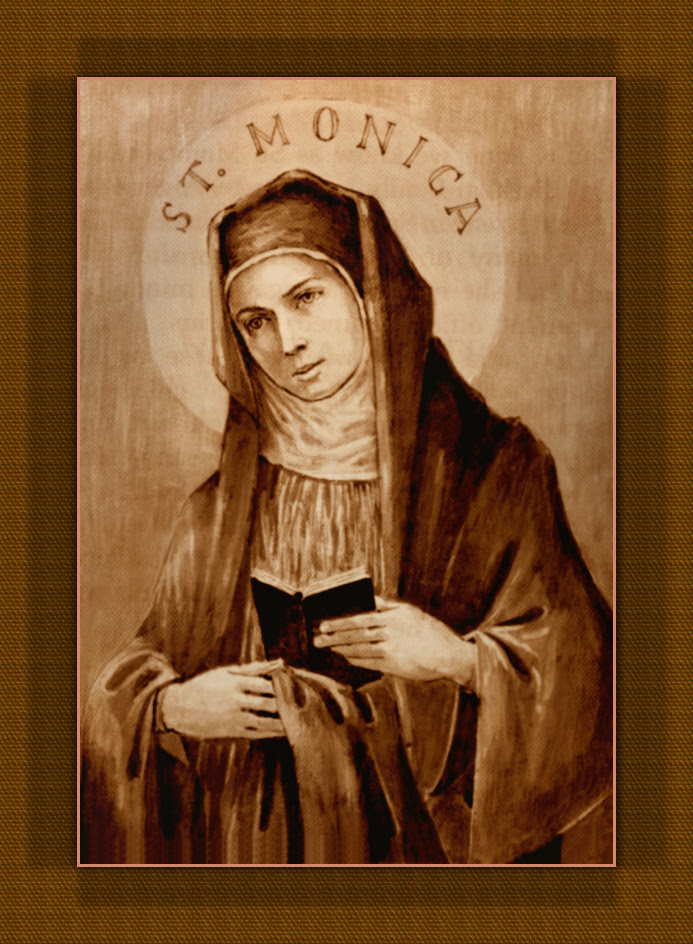 Thank you to all those married couples who, through thick and thin, have kept their marriage vows, "for better, for worse; for richer or poorer; in sickness and in health; til death do you part." Your witness means something, especially on this Mothers Day. It is often the mother who, like St. Monica, keeps a family together despite challenges and difficulties (and sometimes after abandonment). But there are good fathers out there too who suffer from abandonment and infidelity. May God bless all those men and women who struggle to remain faithful to their marriage vows. God will reward you and your suffering, offered for your family, can be redemptive.

Let's all pray for a renewal of marriage and a re-commitment to Holy Matrimony. As we approach the wedding season, don't forget couples preparing to walk down the aisle anticipating a life together. Ask the Lord to pour out his abundant graces on them that they might support one another in keeping the promises of their wedding day.
Posted by Mary Ann Kreitzer at 1:41 PM