The Republic: In the Beginning... 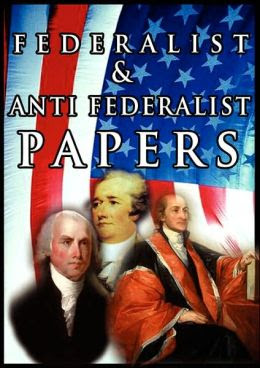 To understand the Civil War, one must go back to the founding of the Republic. It’s easy to get the idea that all was well in those early years before, during, and after the American Revolution – that the individual states were united in their desire to be liberated from England and that all the colonies and the citizens were of one mind.

First of all only, about twenty percent of the country wanted to separate from England in the first place. Many Tories fled to Canada never to return. Even after England sued for peace and the colonies united in forming the United States of America, there were significant disagreements about the form of government to be established.


Prior to formulation and ratification of the Constitution in 1789, the Articles of Confederation (1781) outlined the government of our country. The second article stated that: “Each state retains its sovereignty, freedom, and independence, and every power, jurisdiction, and right, which is not by this Confederation expressly delegated to the United States, in Congress assembled.”

It is crystal clear that the states were joined in a loose confederation where the states retained the primacy of rule. They could remain united if they chose, but dissolve their union just as the colonies dissolved their relationship with England. They did not give the federal government the right to force their association against their will. The people, represented by their state legislatures, had the right to dissolve their participation in the confederation. Even Britain recognized that right when in the Treaty of Peace of 1783, the king of England acknowledged that the United States were:


free, sovereign and independent States; that he [the king] treats with them as such, and for himself, his heirs and successors, relinquishes all claims to the Government, proprietary and territorial rights of the same, and every part thereof.  [To be continued...]

Posted by Mary Ann Kreitzer at 8:10 AM

i have a copy of the Federalist Papers on the floor by my bed, still unread. I need to get the Anti-Federalist one too. My concentration power is not what it used to be. Growing old is not kind to one. This is Mary Fran, not Steve