Miscellaneous Observations from Fr. Tom Collins -- Are You Confused? 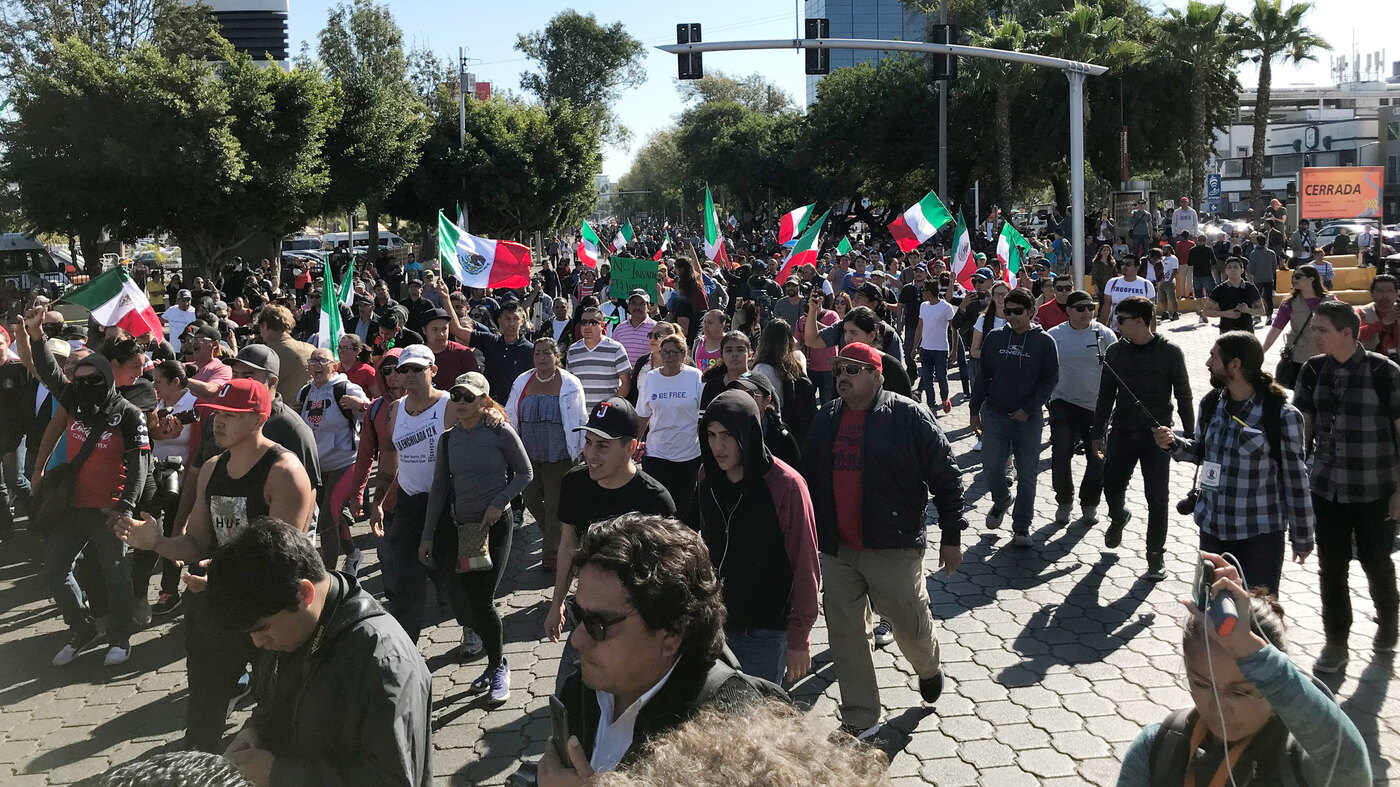 A report in the Washington Times yesterday (May 29th) shows that human trafficking cartels behind the “migrant crisis”, which has brought hundreds of thousands of “economic refugees” illegally across our borders, with demands from Democrats, clergy and activist judges that “social justice” requires that we pay indefinitely to supply such infiltrators with free room, board, medical care and education.


Such human trafficking efforts are apparently supported by Pope Francis and the USCCB, who insist that “social justice” demands that we help enhance the business of human traffickers by confirming their advertising to those infiltrating into our nation or into Europe that they will be entitled to free social services benefits in America or Europe, which go beyond even those supplied to citizens and other legal residents of our nation living in poverty.


As a matter of fact, adding such “refugees” to Western social services systems will de facto decrease the funding available to help our poverty stricken citizens and those who are legally residing in those nations. Thus it seems that “social justice” requires that we cut back social services benefits to our citizens and legal residents in order to subsidize the illegal and furtive infiltration of our nation and to ensure that jihadists, criminals, violent gang members, drug traffickers, human traffickers and those infected with serious contagious diseases be allowed to bring moral and medical infestation into the heartland of our nation.

Note that, paraphrasing St. Oscar Romero’s observation, if you want to stop the spread of infectious diseases and crime in our nation, you are called a saint. But if you dare to ask why or how infectious
diseases and crime are spreading into our nation, you are called a hate-filled bigot. “Social justice” thus seems to require that we support the subsidizing of those spreading disease, crime and social chaos in our nation. After all, as Pope Francis pointed out, seeking to preserve security and order in our society is contrary to the Gospel. Perhaps this is also why he is not so diligent in ensuring that the moral security of children be protected from sexual predators among the clergy. After all, he recently asserted that salvation is to be realized in chaos and insecurity, not in reverent accountability to the whole truth of God.

Likewise, vows made at Confirmation are apparently nullified by vows of Holy Orders, whereby obedience to the dictates of a bishop’s bureaucracy is to be viewed as transcending even the moral law of God. (Note that, even after protestations that decisive actions against predatory clergy have been implemented, a number of clergy and laity, who dared to report sexual misconduct by predatory clergy, are still being ecclesiastically and/or civilly penalized for daring “to create scandal” by bringing such immoral and exploitive behaviors to the attention of Church and/or civil authorities).

I am not too sure that the “I was just following orders” appeal will have much weight before Christ on Judgment Day. But then again, as Bishop Robert Barron confidently assures us, we can have a reasonable hope that almost everyone will be saved.

Meanwhile, I am required to suspect that any mother participating in a parish Mothers’ Day Out program is a sexual predator, until, and even after, she is properly vetted by our diocesan VIRTUS program.
I am confused!
Posted by Mary Ann Kreitzer at 8:01 AM

You should know by this stage that western Christian civilization (which is Catholic Civilization) is being destroyed by political communism and religious Ecumenism. We can’t all be made one without also being one in faith. And we deserve it. It is Divine punishment for allowing the Jewish Holocaust to supplant Calvary as the defining moment of history. It’s all there on the American dollar. It is the New World order which is why we got a new order mass and new order sacraments. Paul VI, the United Nations approved pope told the United Nations assembly “you are doing a great work” and the United Nations (not Jesus Christ and his holy Church) is the best hope for mankind which is why that since 1965 Catholics have been falling into hell in greater numbers than ever before. “The smoke of Satan has entered the Catholic Church” he boasted and well he knew just as his successors know.
Those who aid and abet these enemies of God will incur the wrath of Almighty God exactly as Paul VI has if you believe the infallible papacy of the Catholic Church as I do and must do if I hope to avoid hell.
Who’s mass is celebrated in heaven. Only the one that is both continual and perpetual which is not now available on earth.
“In order to save them God wishes to establish devotion to my Immaculate Heart” No later than 1960 she said. White smoke/ Black smoke 1958. “Good Pope John” according to the Anti-Catholic media. They know their own.

Do you really think you have the right to judge the soul of Pope Paul VI? We can judge actions; but Jesus Himself warned us not to dare to judge the state of another man's soul.

This is what happens when thousands of illegal immigrants flood a country without borders.
https://www.usnews.com/news/best-states/california/articles/2019-05-30/lapd-union-seeks-city-cleanup-after-typhoid-fever-diagnosis

No one knows what they are bringing with them regarding their health records. Overcrowding of homeless in the streets results in the spread of diseases that were once eradicated here.These diseases are common in refugee camps throughout the world.
Sanctuary and welcoming cities that attract illegal immigrants , rather than showing compassion, put their own citizens at risk. Someone needs to enlighten Pope Francis
that we have our own poor and homeless and have not got unlimited funds to care for other nation's homeless too.

Is that all you can say in reply?

Now for my last effort here is something I hope we can all agree on.

There are very few immaculate babies here in the Irish Republic of Antichrist. My only grandchild who is two now will be home from Amerikay next month. I am longing to see her because she is of course like no other. But I can’t be sure if God our Father who loves his Immaculate Lamb like no other sees the image of his Son in her yet. She was baptised here in this devil’s playground by a Novus Ordo priest on of all days, the Feast of the Immaculate Conception. Not a mention of Our Lady during the show. Not a mention of Catholic Church either. Only the, wait for it, Community. (Common Unity) “We welcome into the community”. I asked the Presbyter what his intentions were. I’ll be doing a conditional Baptism myself. There is no Divine Faith without Divine Baptism. The Catholic Church is not a Community. It is the Communion of Saints. Get teaching and baptizing. Start with your own. “Weep not for me but for yourselves and for your children “

OLOLBeliever - Yes, that's all Mary Ann can say in reply to your haughtiness and arrogance because judging another person's soul is the MAIN THING God said never to do. Mary Ann wisely advises you that the main thing is to keep the main thing the main thing.


"Who’s mass is celebrated in heaven ?"

Wouldn't YOU be surprised to discover it just might be the Divine Liturgy of St John Chrysostom or St Basil the Great? Educate yourself !
Maybe they celebrate one of the other nineteen Rites in the Church or perhaps none at all that we know on earth since heaven is a place of the never ending praise of the Divine Trinity!

What do you want MK to say? Let's go back to pre Vatican Two and all will be fine?
How about returning to the first seven councils and abolishing all that followed to unite with the Eastern Churches when we were all One Holy and Undivided ?

Surprise surprise , the Mystery of Iniquity was at work even then, as the Apostles told us it was.

Neither you I , Fr Collins or Marianne have any control over the Hierarchy.
We DO have control of who we vote for politically and we do have control of our own spiritual lives and free will.
We can pray the rosary daily, we can move or travel to attend a TLM, or another parish of our choice.

Excuse me. I never saw the soul of Paul VI. How could I judge it?

I believe the infallible teachings of the Church. Maybe you should do the same. After all you set yourselves up as defenders of the truth and the Catholic Church IS the ground and pillar of the truth. Ignorance of the Truth is no excuse. We do NOT judge people. We make judgements. If I support enemies of God and his Catholic Church I’ll be damned. And rightly so. Have you any interest in saving God’s babies for babies for both this life and the next?

You are walking on thin ice. I stopped posting your comments before because of your attacks on me and other people because we refuse to join you in your extreme position against the Novus Ordo and priests and bishops who celebrate it. If you continue questioning our faith because we don't jump on YOUR bandwagon, I'll stop posting your comments. Your choice.