Lots of thoughts are bouncing around in my head this morning. Does that ever happen to you? Well, for what their worth I'll share a few.

Heinlein is interesting. He was an aeronautical engineer and a former naval
officer when he began writing. He was the first sci-fi author to emphasize scientific accuracy. That certainly wasn't the case in this book which was about a man being played with by the gods. Bounced from one parallel world after another, he is in constant confusion. Excuse the spoiler but in the end he goes to heaven, a dreary bureaucratic place filled with nasty angel clerks. There he meets his vitriolic wife from his original world and prefers to head to hell looking for his soulmate of a wife from a parallel world. Hell is lots more fun than heaven! 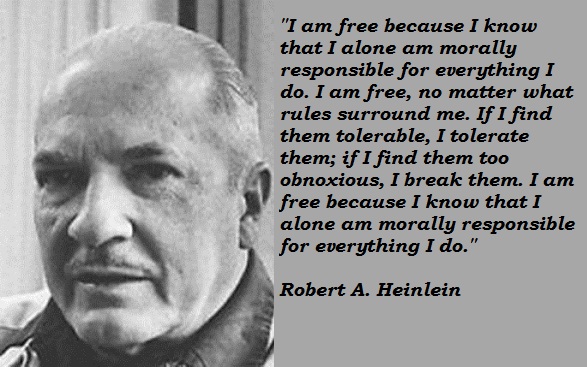 Personally, Heinlein was an agnostic and had little regard for organized religion. In many ways, though, he was very kind. Many aspiring authors received aid and advice from him. You can read some of his quotes on religion here if you're interested. Heinlein's political views changed throughout his career as he abandoned his early socialism for more conservative ideas. His early novels promoted free love and he was himself married three times. He died without apparently every finding God. I think I'll pray for him today. He would have been an interesting man to know. But I still hate the book!

Well, I think that's enough conundrums for the day. I'll ponder them while I do my Monday chores -- laundry and bathroom cleaning. Cleaning toilets is a good time to ponder my sins.

Have a blessed day in this first week of the new year!

P.S. I never watch the celebrity award shows because I rarely go to the movies and almost never watch TV. But I like a good laugh, so I usually check out the "fashion" photos after the show to see what kind of ugly the rich and famous are into. Omigosh, the Golden Globes gave us plenty to laugh about. I'll just post one with some wag's take on the slime look. 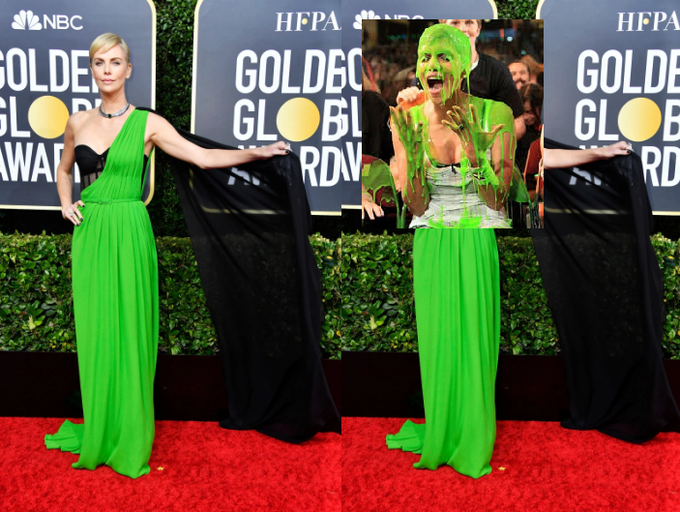 Franciscans are just a couple steps behind the Jesuits when it comes to losing their way!

dont take the mark of the beast.