Archbishop Lefebvre Speaks about his Suspension "A Divinas" in 1976 Homily at Lille, France 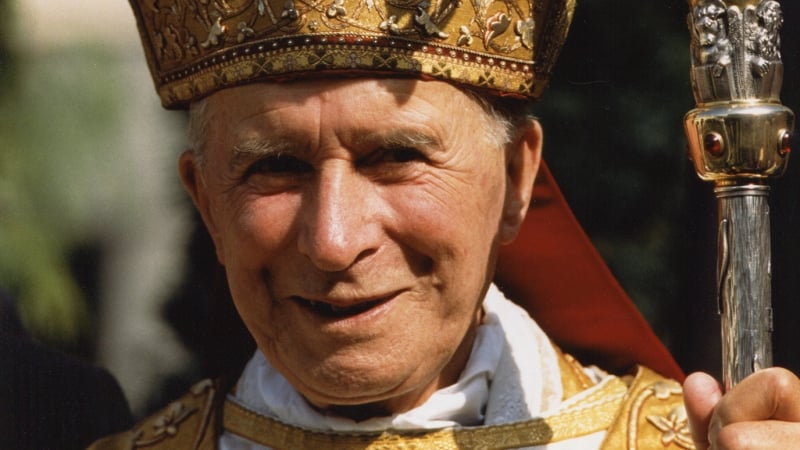 Have you listened and embraced all the slanders against Archbishop Lefebvre? Maybe it's time to listen to the man himself. I recently came across a video with the archbishop's own voice with English subtitles. It was the famous Mass and homily at Lille, France, after his suspension. The enemies of the archbishop called it an act of defiance, but it wasn't. It was a crie de coeur. The archbishop meant the August 29th Mass to be a private event for a few hundred people at most. But when the press got word of it, they portrayed it as an act of defiance and tens of thousands of faithful Catholics attended. I found the archbishop's words so poignant and so relevant to the disaster we are facing in the Church that I want to share it. [NB: I am not endorsing Fr. Hewko whose commentary begins the video.]

Will you spend an hour today watching the news or a sporting event or a show on TV? If so, don't tell you don't have time for an hour-long video. You will certainly gain more from an hour spent with Archbishop Lefebvre than in any of those other pursuits.

As I said, this homily was given in Lille, France on August 29, 1976. The archbisho speaks of his suspension "a divinis" with the realization that he might soon be excommunicated:

"What I have been doing for thirty years, all of a sudden I am suspended 'a divinis,' and perhaps I shall soon be excommunicated, separated from the Church, a renegade.... How can that be? Is what I have been doing for thirty years liable also to suspension 'a divinis?' I think, on the contrary, that if then I had been forming seminarians as they are being formed now in the new seminaries, I should then have been excommunicated. If then I had taught the catechism which is being taught in the schools I should have been called a heretic. And if I had said Mass as it is now said I should have been called suspect of heresy and out of the Church."

The archbishop goes on to discuss what has happened in the Church that precipitated his actions. The pain in his voice is palpable. Archbishop Lefebvre was a true son of the Church and follower of Jesus Christ. He loved the Church, loved the papacy and never rejected either. Neither do the SSPX priests today.

I have been attending SSPX Masses now since last March when the bishops suspended the Holy Sacrifice almost everywhere due to COVID. I have never once heard the pope or the Church criticized by these priests. I have heard documents like Amoris Laetitia explicated and their doctrinal errors outlined. Thank God! We have the right to the truth; or are we to embrace Pachamama because Francis did?

Many who slander Archbishop Lefebvre do so out of ignorance. He was a great defender of the faith of Jesus Christ. Consider the state of the Church today. Many in the highest positions are Judases who don't want the Church conformed to the will of God, but to their will. They want the Church to bear the image of Pachamama rather than the image of Christ. Archbishop Lefebvre refused to participate in that sham. So should we! I willingly walk in the footsteps of the archbishop because he walks in the footsteps of Jesus Christ. Just as I trust in the saints and their example, I find his formed in the same mold. May God lead us all to heaven where I look forward to meeting this great man who preserved for us the Latin Mass. He isn't the only great man to defend it. "The day the Church abandons her universal tongue (Latin) is the day before she returns to the Catacombs." Pope Pius XII

Posted by Mary Ann Kreitzer at 9:22 AM

Shame on anyone who impugns Archbishop Lefebvre. One can disagree with some of his actions, but everything he did was out of love for the Church. Without him, the Latin Mass would still exist, I believe, but it would not be celebrated in any church in full communion with Rome. None of the Old Rite communities would exist (for sure). Catholicism would only exist “in the catacombs,” as predicted by Pius XII. Also, he has been proven right in his distrust of Conciliar Rome. May he intercede for us now.