The Devil is Nothing If He Isn't Bold in Blasphemy! Marriage Bill Passes on Mary's Feast Day! 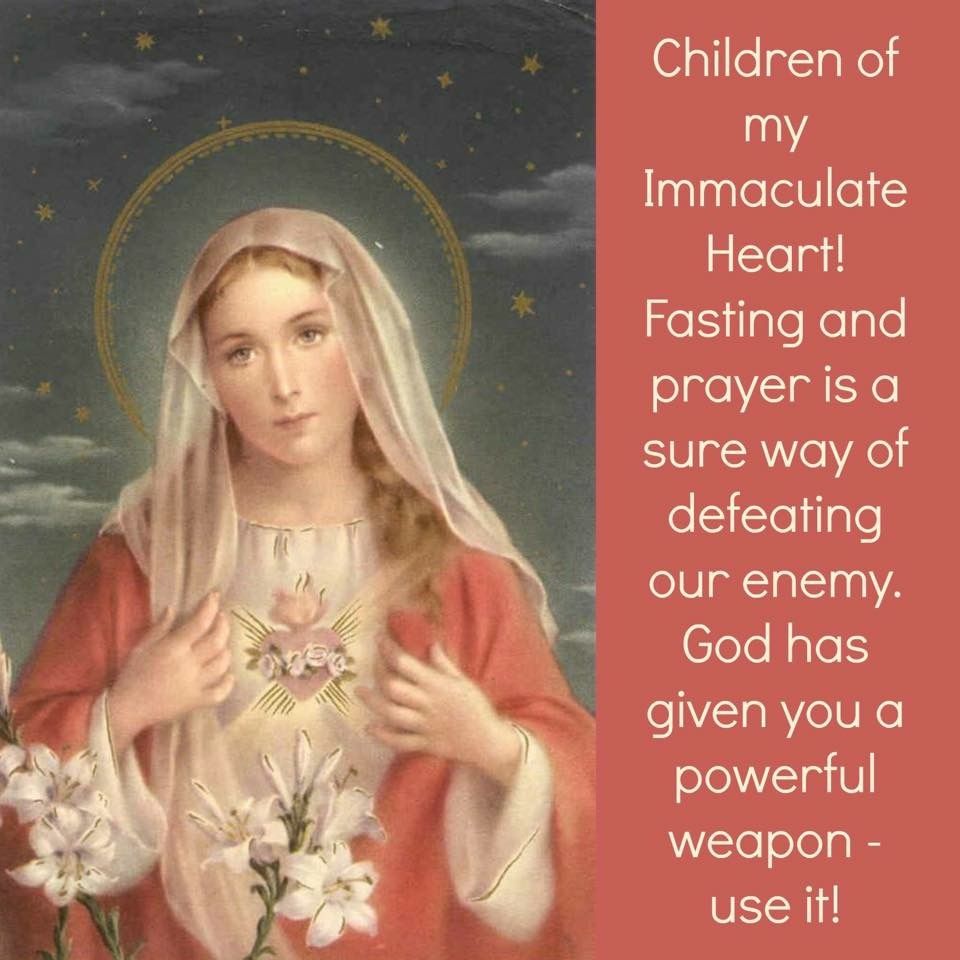 What an abomination took place today in Congress on the Feast of the Immaculate Conception. The House passed the Orwellian named "Respect for Marriage" act which enshrines into federal law same-sex marriage. The bill makes two men or two women sodomizing each other equivalent to the marital act blessed by God in the sacramental union of husband and wife. It now goes to the President who announced how happy he will be to sign it into law.

Nancy Pelosi could hardly contain her joy over this satanic triumph and also managed to get in her promo for killing babies. Her actions demonstrate that she hates God and His laws. She is a law unto herself serving her diabolical master. I'm beginning to believe the woman is possessed.

What can one say that this evil bill passed on Mary's Feast Day?  And what a feast -- the celebration of Mary's conception free from Original Sin, the purest and most innocent of all God's creatures, "our tainted nature's solitary boast."

Perhaps God allowed this diabolical act to pass today in order to remind us to recommit ourselves to the Five First Saturdays Devotion when we make reparation for all the sins against the Blessed Mother.

I shiver to think of the judgment Nancy Pelosi, a self-professed "devout Catholic," and her cohorts brought upon themselves when they cast their vote for sodomy. Sodom and Gomorrah were guilty of less. This cannot help but bring more punishment upon this nation which I pray will not be World War III.

Every Catholic should be in mourning today and pray the rosary in reparation. I prayed the joyful mysteries this morning before Mass, but this evening my husband and I will pray the sorrowful mysteries in reparation for the satanic insult to Our Lady.

Yesterday is described as a "day that will live in infamy" because of Japan's attack on Pearl Harbor. But today casts Pearl Harbor Day in the shadows. It is like comparing a firecracker to the Atomic Bomb. Make reparation, friends. God is not mocked and He will not tolerate the abuse of His precious Mother.

O Mary, conceived without sin, pray for us who have recourse to Thee.

And yet Pelosi is not excommunicated from the NO "Church". But do you know does get regularly excommunicated? NO priests who become sede priests. Here's the latest one:

Do we have to expect "more punishment upon this nation which I pray will not be world war III." ?
Listen to saint Anthony Maria Claret: The worst punishment God sends to people are bad priests.

Yes, Jose, and a lot of them are wearing pectoral crosses.

The punishment of bad priests has already been heaped upon us and we learned nothing from it, so looks like WWIII will be tried next. After all, war is also punishment that God sends.

I renounce the United States. Heaven is my home and I hope and pray I can get there one day.

There does seem to be an all out war against Mary both secular and from the Vatican. Usually on a Marian feast day Francis will launch either an attack against the traditional mass or some new bit of Heresy. Of course he can't do it alone so 5th colonist Catholics such as the Bidens are eager to help. Taylor Marshall did a video on the 2022 Biden Whitehouse Christmas decorations featuring a goat head, one of the 5 generals of Satan. Now I know how the Bidens gained their wealth.