Sunday Meditation: Are You Listening to the Lord? 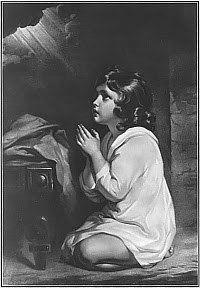 In his homily this morning Father stressed how important it is to listen to the Lord. All the readings stressed listening. Elijah heard God speaking in the tiny sound. Many people would miss his call after the earthquake and the storm. Only the person really listening could recognize that still, small voice. In the responsorial the psalmist declares, "I will hear what God proclaims; the Lord -- for he proclaims peace." But only the one who listens will hear that peaceful proclamation! And if he truly listens, he will put that peace into practice. In Matthew's gospel, we heard the story of Peter walking on water. When he heard the Lord call him to walk on the water, he responded to the invitation because he listened. But fear filled his heart and closed up his ears to the Lord's call. That's when he started to sink. He let the storm and the wind drown out the Lord's voice.

Father mentioned during the homily that often people say to him that they feel like the Lord isn't listening to them. But "that's not how it works," he said. "We're supposed to listen to Him!" So if you aren't hearing the Lord maybe it's because you're speaking instead of listening. Remember the scripture that says, "Be still and know that I am God." If you are still like Elijah and listening for God's proclamation like the psalmist and keeping your eyes on the Lord instead of the storm like Peter, who knows what you can accomplish? -- even walking on water. Be assured that, even if you falter as Peter did, the Lord will be there stretching out His hand to rescue you.

Praised be to God! Have a blessed Sunday!

What struck me from the wonderful sermon I heard, was that both Elijah and Peter were asked to step out into the storm before they found God. Something to ponder.

I don't think our natural tendency is to welcome the storm, but weathering it is a real test of our fortitude and trust!