If I Were The King of the Forrest 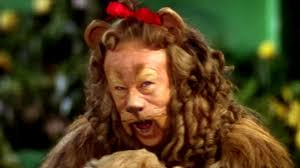 We say this often without expressing it in those terms when we imagine how we would handle a situation where we are not actually in charge. “Well, if I were the president,” or “well if I were head of the FBI, or the Justice Department, or principal of that school, or mayor of the town.”
Have we not all imagined ourselves in the shoes of others and assumed and imagined how much better WE might have done the job of leading the organization,  or solving the problem?  “Oh, how much better this world would run if only I were in charge.”


It’s a whole other ball of wax, however, when we carry that forward into the next world and think or express what WE would do if only WE were God.  If I were running heaven, or if it was up to ME to decide, or in my opinion it would be ok if this or that happened after people die.   As a priest at my parish once said, “Just remember, HE’S God, and YOU are not.  So stop trying to “play God” and invent your own version of the truth.  That’s exactly what it is, preferring your own stories or images or ideas to God’s.
I saw a television commercial this morning that featured a grieving mother saying that she told her children after the loss of her husband, “Daddy is an angel now.”  No doubt the mother was trying to comfort little kids with no concept of death and the hereafter when she went above and beyond the other lie we are all told which is “when we die we will go to heaven.”  Of course I have no doubt in my mind there IS a heaven, but it’s a real leap to ASSUME most or even a great many of us are going to get there.  It is our duty to live in hope, but not in a mental state of presumption.
And yet, anytime there is a death, such as happened tragically in El Paso, Texas recently, people who haven’t been to church—any church at all, in years leap to say, “well, he/she’s looking down on us now” which implies they are in heaven apparently with a front row seat.  Notice how they are always “looking down” and never up? 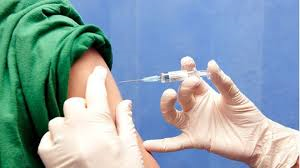 A cousin of mine, a Baptist, said recently, that of her three children she only had to worry about one of them because the other two are saved.
She spoke of salvation as if it were a small pox vaccine, something you get once in your life and have no need to worry after that.  Total inoculation from hell by simply saying “I accept Jesus as my personal savior.”  Notice this doesn’t even require repentance or any obligation on the sinner’s part to lead a holy and virtuous life from then on, just acceptance of a fact that Jesus came to save us.


No one, and I mean NO ONE ever goes to a funeral with the image their loved one has just marched themselves into hell.  Even if the deceased has a life long history of sinful behavior and failed to believe in God or ever go to church other than a wedding of a friend.  Even then, very many put themselves in God’s shoes, which we must never do, and say to themselves and others, “Well, I know God understands how hard things were for him or her and I know God, because he’s a loving and merciful God, will let him into heaven because he just didn’t understand how important religion was at the time.
These same people think devil costumes are really funny at Halloween so it isn’t they don’t know the concept of good and evil.  They often express a belief in God and they are willing to play around with the devil in a joking way, but when it comes to both God and Lucifer having eternal residences they shy away completely from any thought of the one that’s on fire.  Good and evil is  just a “concept” to them, until someone they know dies, and THEN they are suddenly experts in all things heavenly. 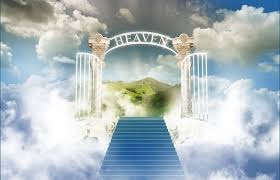 Let’s face it, no one would be clamoring to get into heaven if it were not for the fact they are anxious to stay out of somewhere else.  Like a person who wants their student loans forgiven, or their tax bill reduced to nothing, or their credit put to right, or their crime reduced to parole instead of any real punishment.  Shouldn’t “community service” be enough?  Maybe in heaven there are people walking around with a plastic bag picking up road debris on the sides of the highways.  See how easy it is to make things up that can make us feel better about all the people we know who have died?


We went to a crab boil feast yesterday at our neighbor’s house.  I’m not that crazy about crabs but I went anyway.  I’m just not into dissecting my food and getting my hands dirty in the process.  One kid who was there, a male child about 12 years old, I think, was completely MORTIFIED when the host picked up a squirming crab with a pair of tongs and tossed him into the pot of boiling water.  I have to admit I also thought it was gruesome and didn’t hang around the kitchen to watch the rest of them go to their death, but I accepted the fact it was their fate if anyone was to eat later.   This child was so upset by the cooking of live animals he burst into tears and had to be taken home.
Maybe this is why no one ever wants to think about hell.  It is in your face real and in fact too real for anyone to cope with so they just happily move out of that uncomfortable thought into the “he’s looking down on us” mantra.  The words may change from time to time.  It might be the line, “She’s in a better place now and we should be comforted to know that.”  Today sadly, Catholics are as bad about playing God in their minds as anyone else.
My uncle said recently he truly believes that when he dies God is going to use him as a missionary.  Not to spread the Gospel but like some kind of space warrior on missions to do battle with evil.  The truth is God already has such warriors.  They are archangels with specific jobs to do and I doubt very much any of us are slated to take their jobs away.  I asked my uncle how he ever got such an idea since nothing of the sort is mentioned anywhere in The Bible.  He said he dreamed it when he was a child and has believed it ever since.  At least he is aware of the source of this made up future life.  However attractive this dream of his may be to him, it is one more example of people thinking they can invent a heaven of their choice.  He told me this tale right after asking me how I could possibly remain in a Church or any organization for that matter so full of corruption.  I asked him if he was willing to abandon being an American and the Constitution just because he couldn’t stand Nancy Pelosi and Chuck Schumer.
Funny isn’t it how people can be so confident that the Catholic Church is not a good thing but have only their own imagination to stand in its place.  It is as if they are saying ANYTHING BUT Catholicism.  Perhaps it is because we Catholics understand fully the four last things---Death, Judgment, Heaven and HELL.  The fact we are all going to die is undeniable.  As for the judgment part most want to be their own judge--- a sort of “grade your own exam.”  Another friend of mine says, “I am basically a good person and I believe God sees that and when I die that will be all that counts.”  I suppose if you are your own god, that plan could work, but it negates thousands of years of history from the days of Adam and Eve to the crucifixion.  A do it yourself salvation kit has no room in it for a savior or for commandments or a strict way of life.  Fulton Sheen said once when asked about people who don’t believe in hell, “They will when they get there.”  On this side of death we all have a choice.  We can work out our salvation in fear and trembling or we can be our own self proclaimed “King of the Forrest,” and risk waking up one day with our feet to the fire in hell wondering how we got there.
Posted by Chriss Rainey at 6:30 AM

Labels: hell, King of the Forrest

1) I'm always amazed when people think we "turn into angels" in heaven. They have no knowledge that we will never be angels. There are three types of persons - man, angels and God, and none of them become the other, neither here on earth, nor in heaven.

2) As a child growing up in Florida I cannot tell you how many times I saw live crabs and lobsters tossed into pots of boiling water and listening to them clawing at the pot - shell against stainless steel - in the process of being boiled alive. (It only lasted a few seconds.) I stood there with my mouth watering. Couldn't wait to eat them. The boy in your story will probably grow up to be a vegan.