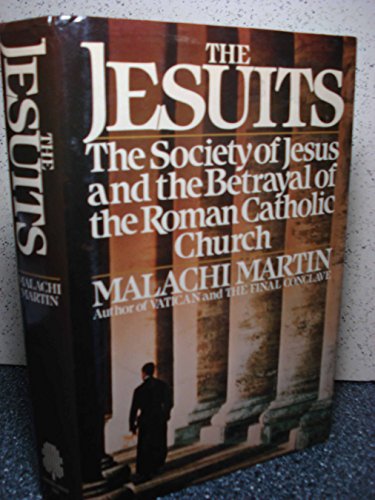 If you want to know what Francis is doing to the Church, and why, read Malachi Martin's book and the conundrum will become crystal clear. Archbishop Vigano said that he was studying the history of the Jesuits "with great care" and this book surely must be one of his sources.


"Were St. Ignatius of Loyola, the founder of the Jesuit order, alive today, we know one thing for certain: this modernist Jesuit pope wouldn’t ordain him." - George Neumayr

And I know one thing for certain. If Pedro Arrupe and Pope Francis had presented themselves to St Ignatius of Loyola as potential Jesuits, St Ignatius would never have ordained them.
Posted by Susan Matthiesen at 12:18 PM

Thank you, Susan, for posting these links. I have read The Political Pope and also highly recommend it with this warning to others: Do no let this book shake your confidence in the Body of Christ, the Church, or in Tradition. Understand that the subject--Bergoglo, is simply a disease we must suffer and healing is possible when God wills it.