Did Jesus Really Say, "Who Am I to Judge?" 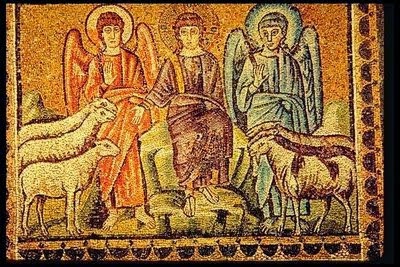 One of the great perversions offered by secularized Christianity is the excuse for pastoral negligence
provided by the mantra, "Who am I to judge?". This is supposedly a paraphrase of the words of Jesus,
"Judge not, lest you be judged" (Matt 7:1).

The fact of the matter, though, is that this is a distortion of Christ's teaching. More accurately, the teaching of Jesus is that we are not to condemn sinners, but rather assist in converting them away
from sin into the gracious and healing mercy of God. Since none of us can fully appreciate the effects
of the personal history and dynamics of a soul trapped in sin, we are unable to determine for certain
the degree of that person's culpability for the sins that distort his perspective and enslave his life.Each person is afflicted in varying degrees by any number of tragedies, traumas, temptations and
associations, which can work together to pervert his perspective and weaken his will in such a way
as to diminish the degree of his culpability for particular sins. And only God can see into the depths
of such a soul to determine the degree of a person's culpability.

But sin has a tendency to metastasize in the soul in rather ugly and unexpected ways. Hence, genuine
pastoral solicitude requires that we admonish the sinner. God expects us to assist Him by warning the
sinner of the seriousness of sin and its desecrating and destructive power (cf., Ez 33:1-20). Even
if a person has diminished culpability for his sin, the dynamic of that sin still has the ability to distract
him from sincerely seeking the truth of God. And the person's choice to either cheapen his appreciation of his true dignity as God's child or to give up on seeking the sanctifying righteousness of God can lead to his eternal ruin. Thus a true pastor is willing to temporarily hurt a person's feelings by proclaiming the whole truth of God's call to repentance and faith, rather than have that person eternally trapped in the destructive consequences of sin in his perspective, character and relationships.

It may be helpful here to illustrate this point. For many years, our culture made an accommodation with a certain form of slander, which we now call racism. And because it was so deeply infused into our lives and our customs, many came to rationalize its discriminatory consequences as a basic fact of life. By the grace of God, though, prophetic voices in our midst chose to raise the inconvenient truth that such attitudes and practices were indeed based on lies and slander. Many people's feelings were hurt by having this truth proclaimed so decisively. And some of them even allowed themselves to be aroused by resentment against that truth to the point of embracing a destructive violence, which was supposedly justified by appeals to "law and order." The situation became even more heated, when prophetic voices demanded the renunciation of this sin be done immediately, not by-and-by. With the proverbial 20-20 hindsight, we now recognize that this call to conversion was essential if we were to be faithful to our nation's commitment to liberty and justice for all.

Those who are willing to be labeled as "judgmental" for proclaiming the need to repent from sin, rather than continue to accommodate sin, are the truly faithful pastors of our time. The core moral truths, which they proclaim, are rather simple. Sin condemns us, but Jesus saves us by infusing our humanity with the transformative graciousness and truth of divine mercy. Those who choose to abide in sin are choosing to abide in its destructive power of condemnation. But those who choose to abide in Christ, through sincere repentance and the obedience of faith, will be drawn away from the destructive power of sin so that they may abide forever in the healing graciousness of His saving love, mercy and truth.
Posted by Mary Ann Kreitzer at 10:52 PM

Labels: admonish the sinner, Christ's teachings, Fr. Tom Collins, Who am I to judge?

People forget that the church is not a democracy.