A Bishop Who Lives Up to His Name: Salvatore the Lion-Hearted 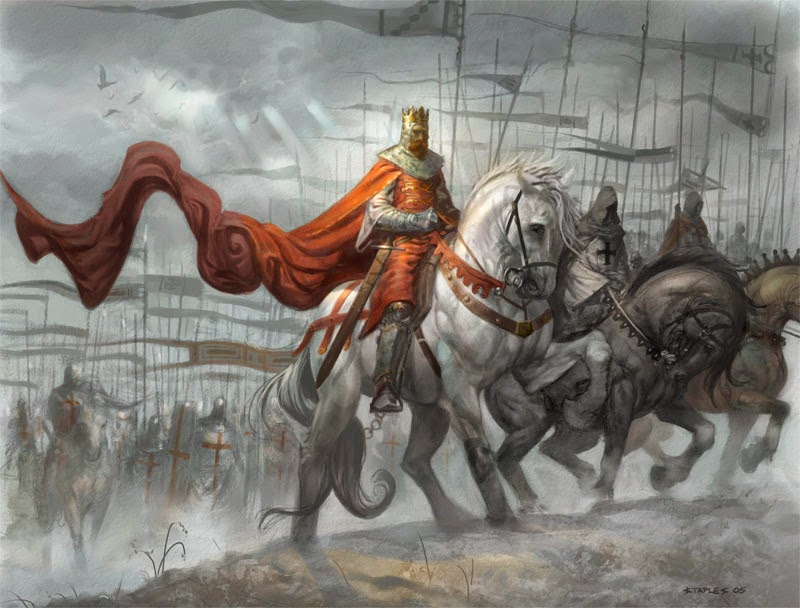 When I was a child there was a great program about Robin Hood on television. It ran from 1955 to 1960. How I loved that hero and his devotion to Richard the Lion-Hearted who was fighting in the Crusades to free the Holy Land from the Muslim invaders. (In those days we knew who the bad guys were.) Well, I feel like that nine-year-old kid again after reading the letter written by lion-hearted Archbishop Salvatore Cordileone to seven California Assemblymen who dared to criticize him for establishing Catholic moral standards for those teaching in Catholic high schools.

You can read the full document including the affirmation of faith at the diocesan website, but here is a brief summary from the document:

As effective professionals in a Catholic School setting, we all – administrators, faculty and staff – are required and expected to avoid fostering confusion among the faithful and any dilution of the schools’ primary Catholic mission. Therefore, administrators, faculty and staff of any faith or of no faith, are expected to arrange and conduct their lives so as not to visibly contradict, undermine or deny these truths. To that end, further, we all must refrain from public support of any cause or issue that is explicitly or implicitly contrary to that which the Catholic Church holds to be true, both those truths known from revelation and those from the natural law. Those of us who consider themselves to be Catholics but who are not in a state of full assent to the teachings of the Church, moreover, must refrain from participation in organizations that call themselves “Catholic” but support or advocate issues or causes contrary to the teachings of the Church.

And here is the letter the Archbishop wrote to the seven Democratic tyrants who used the power of their office to try to intimidate the archbishop. (Whatever happened to the holy icon of separation of Church and state?) And now, the archbishop's brilliant reply:

I am in receipt of your letter of February 17, 2015, expressing your concerns about the negotiation of the Collective Bargaining Agreement with the teachers’ union of our four Archdiocesan High Schools.

Allow me to respond by reflecting with you on the real issues that are at stake here.

First of all, I always believe that it is important, before making a judgment on a situation or anyone’s action, that one first obtain as complete and accurate information as possible. To this end, a number of documents and videos giving accurate and more complete information about this contentious issue are available on the website of our Archdiocese. I would encourage you to avail yourselves of these resources, as they will help to clear up a lot of misinformation being circulated about it (such as, for example, the falsehood that the morality clauses apply to the teachers’ private life).

The next thing I would like to mention is actually a question: would you hire a campaign manager who advocates policies contrary to those that you stand for, and who shows disrespect toward you and the Democratic Party in general? On the other hand, if you knew a brilliant campaign manager who, although a Republican, was willing to work for you and not speak or act in public contrary to you or your party – would you hire such a person? If your answer to the first question is “no,” and to the second question is “yes,” then we are actually in agreement on the principal point in debate here.

Now let’s say that this campaign manager you hired, despite promises to the contrary, starts speaking critically of your party and favorably of your running opponent, and so you decide to fire the person. Would you have done this because you hate all Republicans outright, or because this individual, who happens to be a Republican, violated the trust given to you and acted contrary to your mission? If the latter, then we are again in agreement on this principle.

My point is: I respect your right to employ or not employ whomever you wish to advance your mission. I simply ask the same respect from you.

Pray for Archbishop Cordileone. How blessed we are to have such a lion-hearted bishop in the U.S. where there are so many wimps and wooses. May God bless all his efforts to bring his flock back to the true faith and prevent the littlest lambs from being scandalzied and having their faith be gobbled up by the wolves. God bless you, Archbishop Cordileone!

If you would like to sent the archbishop a letter or email of thanks here's the diocesan contact information:

Looks like the archbishop is caving in, Mary Ann.

The phots say it all.

Well, I wouldn't say it's clear that he is caving in. It will be interesting to watch how this plays out. This statement is interesting and gives me hope that he will do what he needs to make his schools Catholic.

"The archdiocese later issued a statement saying Cordileone 'has not repealed anything. He is adding explanations, clarifications, and material on Catholic social teaching, via a committee of religion teachers he is establishing.' ...
“'Nothing already planned to go in is being removed or retracted or withdrawn,' the archdiocese wrote."

I hope he stays strong. I'll lift him up on my way home.

There is so much confusion out in the vast majority of dioceses.

They call me a fundamentalist in these parts.

There are important fundamental issues, Kevin, so I'd say being called a "fundamentalist" by a "progressive" is a complement. I'm with you! LOL.