Is this how the Vatican promotes modesty?

Women in bondage, indeed. Here's a screen shot (taken on February 26th) from the Vatican Pontifical Council for Culture. I deliberately made it small since it's lacking in modesty. 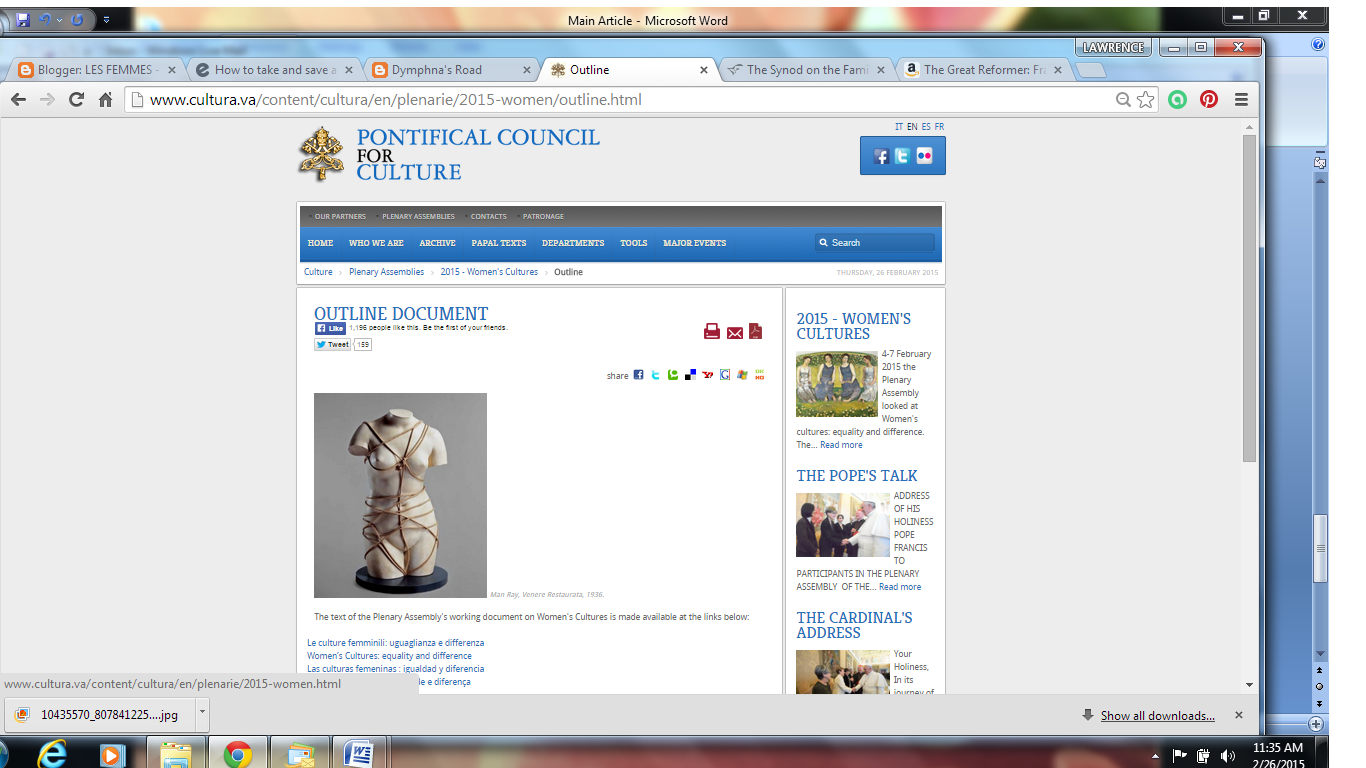 This office gets the loony-tune award for the worst ideas in promoting a message. First it was the blonde bimbo on the Life of Women. Now this. And, despite an outpouring of criticism, this is the response:


Some complaints have reached the Dicastery concerning the image above. While acknowledging the anger, Cardinal Ravasi has chosen not to remove the image as it speaks clearly for one of the central points of the document: many women, alas, are still struggling for freedom (bound with rope), their voices and intellect often unheard (headless), their actions unappreciated (limbless).

And we needed a naked torso to get that message across? This reminds me of gay pride events where lesbians and homosexuals parade around in sado-masochistic garb. To think that a prince of the Church defends this -- well, I suspect he has a dirty mind. St. Michael the Archangel, please visit him with a flaming sword and set him straight. This picture itself demeans the dignity of women. You don't teach reverence for women by treating them with irreverence. I'm embarrassed for my Church and ashamed of those who allowed this travesty.
Posted by Mary Ann Kreitzer at 12:00 PM

Another Explicit example of holiness from the men at the Vatican.

Tone deaf would be charitable.

Calling a spade a spade is not uncharitable, Newguy. It IS a scandal. The scandals coming out of the Vatican are getting pretty tiresome. And here's one scandal where the smoke of Satan would at least cover up the evidence. They could use a little smoke right now. Their stupidity is beyond belief. And the justification of their stupidity is infantile.

As I said earlier on another Blog.....where is Fr. Amorth when you need him? This office in the Vatican which seems to have spilled out to others seems to be under the influence of the diabolical....it's diabolical insanity.