The Housewife, She Was, In Fact, More Important Than We Knew


I listened to this and read some of the tweets.  When the state not only decides but mandates what our children are taught and people are forced/taxed to pay for a system they do not agree with, we are in fact a socialist society.  This is happening not just in Great Britain but in our country as well.  The sex education curriculum in our schools is appalling.
There was no need for a violent revolution.  We gave them our children and they trained them up to be comrades.

We are all in a dither today over LGBTQ but we should have known it was coming when we stood by and got steam rolled by the feminist movement 40 yrs ago.  When we told young girls you can be anything you want to be, let them in West Point, legalized abortion, and insisted they hold board room positions instead of showing them the beauty of being women, we invited in the Trojan horse.
We had dear old friends here for dinner last week.  We've known them for ages.  Trump supporters.  After dessert our discussion got off onto gender equality and became quite heated.  When I expressed a traditional BIBLICAL, Catholic point of view, I was shouted down by our friend -- Not the wife, the husband.  He emailed the next morning to apologize and I have forgiven him; however, I don't think I will ever be able to convince or even discuss the fallacy of feminism with him again.  The shocking thing to me is that he and his wife both don't see that caving on the very form and structure of the family unit with a mother in the home has wrecked society at large.
People say it's easy enough for me to say this because I was "fortunate enough" to be able to stay home and raise my kids.  Well, "fortune" had nothing to do with it.  And it sure wasn't "fortune" that allowed my mother and grandmother to do it either.  The credit goes to the men who valued what we did enough to want us there.  Today people are addicted to "stuff"-----cars, vacations, mega houses, restaurants, shoes, electronics and they use gender equality as the excuse to have it.  It does take more money to get more stuff.  With that I agree.  But it is shocking to note that so many millions have been willing to sacrifice their kids to daycare for stuff, and after school care for stuff, and summer camp for still more stuff.
Another sad fact is that women today seldom develop a circle of close women friends like they used to.  People they can confide in or depend on in an emergency.  No one borrows a cup of sugar from a neighbor anymore.  No one helps another hang the wallpaper or decide which wall the sofa looks best on, or how to divide perennials.  There's no one to laugh with over things only women think are funny. 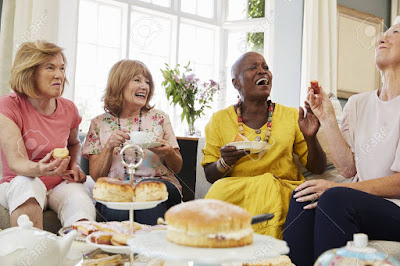 Most women today are "in the workforce" like good comrades, leaving the grooming of their offspring to the state.  They get things like promotions and paid leave and impressive titles, but what they have lost is people who sense when they need a shoulder to cry on or a little cheering up through a hard spot.  The kind of chat women used to get on a regular basis over a cup of tea and a slice of banana bread.
"Well, yes, but those women, a lot of them, were frustrated and needed to get out of the house," we are told.
Really?  Or was it that women were told they were, or ought to be frustrated and they left their home and their kids in pursuit of a dream, a communist dream, that was never their own?  Now they have as much "stuff" as their neighbors, but what they lost was the knight in shining armor who calls out at the end of the day, "Honey, I'm home." 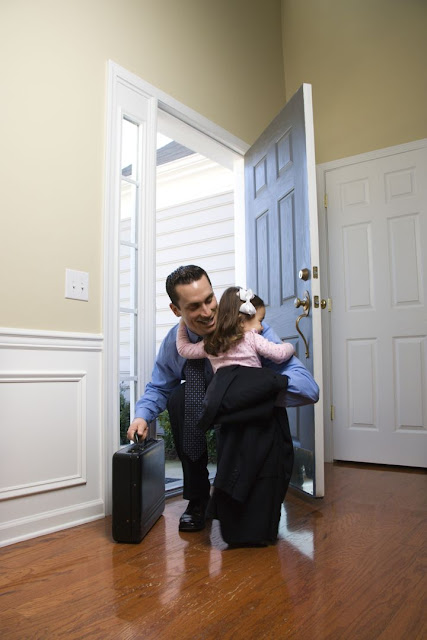 So true. Just as the homosexuals hijacked the rainbow from mom and dad, feminists hijacked the notion of sisterhood from the society of mothers. These symbols need to be taken back.

Great post, Chriss. Speaking of longtime friends disagreeing...that same scenario happened to me just a few days ago, except over the Internet. A longtime friend who lives several states away had emailed that the world was in climate change crisis and that there were too many people, etc....you know the routine. I emailed back to say that there are NOT too many people, that just as many people DIE each day that are born and that God would not have said "be fruitful and multiply" if the earth He had made could not have sustained the people He made.

...and also that when one is in an airplane and looks down, there is nothing there - just woods and plains and forests and trees. Since this friend doesn't fly I suggested going to Google, put in Australia, for instance, click "satellite" and zoom in on the nothingness that is there on the entire continent...and that here in Florida half the state is preserves, eco-preserve, wildlife management area, wilderness preserve, preserve state park, national preserve, and so on. Of course I agree that there should be parks and preserves, etc, but not to the detriment of human beings being forced to live in cities. Even China has vast millions of acres uninhabited. Looking at the globe by satellite is an interesting experiment. Try it!

Then I sent a link to an article on socialism. Received back was a reply stating that this friend "can't go there" and that "we lack sufficient common ground for talking about anything deeper than high school memories, horses, families, etc....that we could carry on a relationship based on that quotidian level. But religion, politics, social philosophy, and even sex...We might as well be from different planets."

No mention of climate change or population growth which this person brought up FIRST. Presumably it's OK for socialists to bring up subjects on the forbidden topics - "religion, politics, social relationships, sex" but no disagreement is tolerated. One must agree or be silenced. All discussion is forbidden.

THAT - right there - forbidden topics - definitely puts "space" between us as friends. Any future visits would be like tiptoeing on eggs. Terribly sad.

On the other hand, friends I had drifted apart from over the years for reasons of distance - they in Florida and I in Virginia - have become very close now that I am back in Florida. We are Catholics, Republicans, Trump supporters, anti LGBTQ, pro-life. It's shared beliefs and morals, what's in our minds and hearts that bring us closer and closer.

...like the Gospel reading from last week, Luke 12:49-53. Christ divides person from person according to his Truth. Who believes in it, who does not. He slices right through the garble and divides Truth from untruth.

I just finished reading Demon In Democracy. Author makes a point that Liberal Democracy IS their religion and if they still somehow manage to call themselves Methodists or Baptists or even Catholics chances are THAT religion in their mind must morph into what will not offend or differ from their preferred religion which is liberalism/socialism/communism.


This is an EXCELLENT book. Written by a Polish professor of philosophy who lived through the days of communism in Poland and see now their democracy is little different than it was under a totally oppressive state.

I'm assuming the "liberal democracy" in the book is the EU as opposed to Poland's own individual form of government? Going to bookstore in awhile to see if they have the book. If not will order it online.

The book has EU in the spotlight.

I have had the same experience, and it is common. It's okay for people to bring up their leftist, collectivist, pro-Bergoglio beliefs, but they shout down--literally--any differing opinion. Then they cut you off socially.

I disagree with you about the States role. Government must teach morals and other lessons as all laws are administered from Government. Government laws therefore must be in sync with morals or else you have confusion and ever shifting laws.
The problem started when we let the State untether itself from God and thereby God’s morals.
We Catholics must wake up to the fact that a Democracy is based upon liberty of the people and therefore separates itself from God. This liberty concept is a Luther heresy as a good Catholic bonds himself or herself to God, this is a surrender of freedom to God’s call.
Democracy therefore is a false government that can only lead to what we have and that is exaltation of man.
People trying to separate government from peoples morals are trying to square a circle. You are trying to hang onto the concept that Democracy is good when in fact God established and blessed only Monarchy.
It is Luther and the Freemasons humanism that has brainwashed us all into the farce of liberty/democracy.

I have no idea what having a stay at home mother has to do with the Twitter link, but I think you are reaching here. It's important to have a parent in the home, if possible, but why does it have to be the mother? My five siblings and I were raised by our wonderful stay at home dad and now, with us all in our 30s and 40s, he has 16 grandchildren to spoil. My mother is a physician and when my oldest brother was born they took a look at their schooling and income and made the best decision for our family. My paternal grandparents always worked, and my father grew up in the care of his aunt, who was definitely a woman who needed to get out of the house more! Where does the Bible say anything about who provides the child care? In the age of Jesus, maybe. But in today's age, we know that nurturing doesn't have a gender. By the way, my dad is a 6 foot 1 inch lumberjack of a man, whose "at home" job was and still is repairing appliances and small engines from our garage with his engineering degree. He was also the chief cook and bottle washer, as he likes to say. Mom took care of the bills and laundry. And we all went to Mass every week, and Catholic school, too.