The Ministry of Truth in the Diocese of Arlington 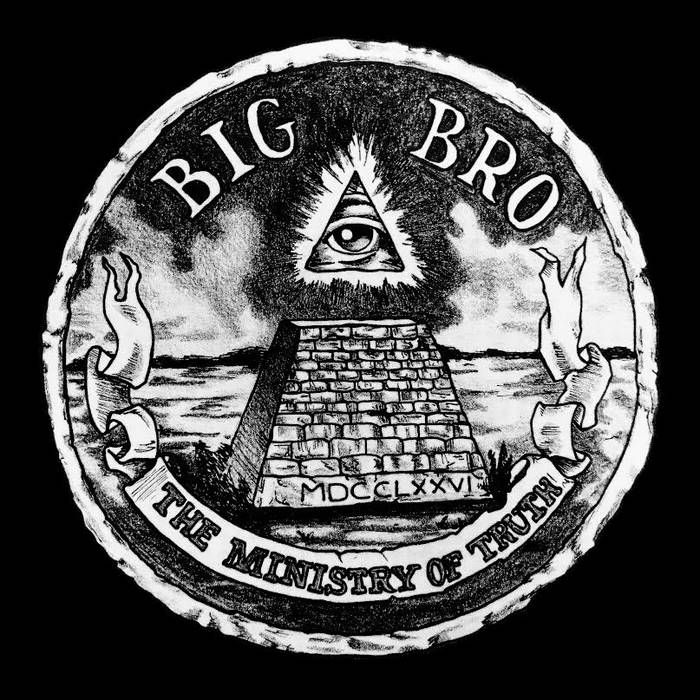 The Arlington Catholic Herald, our diocesan newspaper, came yesterday. I generally check the priest's moves and the bishop's schedule and do a quick page-through to see if I want to read anything. It used to be a joke among some of my confreres, when Bishop Paul Loverde was our ordinary to count how many photos of him graced the pages of the paper. Bishop Burbidge can't compete. His only photo in this issues was the stamp-sized mini attached to his column.

At any rate, one headline caught my eye and caused uncontrollable eye-rolling and head-shaking, and, frankly, anger over the dishonesty it illustrated.

Really? "New vailability?" A more truthful headline would have been "Arlington diocese announces new Suppression or Restrictions or Minimization of the Extraordinary Form."

Now, what would be the first reaction of someone reading the Herald's disingenuous headline?

Wow! The diocese is making the traditional Latin Mass more "available" to the flock, right?

Let's look at the word first. Availability comes from the Latin ad (to) and valere "be strong, be worth, " and, finally able, -- from habilem, habilis -- "easily handled." So we have a word that indicates that something has worth and is made easy to "handle" or have access to.

Looking at the thesaurus is even more interesting. Here are some of the words offered as synonyms: accessibility, attainability, obtainability, availableness, convenience, ease of access, etc.

Is that what the Herald's article meant to convey as it described the suppression of the Traditional Latin Mass (TLM) going from 21 locations to eight, most of which are totally unsuitable for the praise and worship of God? The large community from Holy Trinity in Gainesville is going into a Montessori school that doesn't even have a gym. How will they possibly accommodate the faithful with "new availability" to the TLM? A priest friend said they will have to say Mass in a classroom. I went to the website and viewed photos of the school which is on a ten acre campus. In good weather, they could presumably have Mass outside, but even though some of the classrooms appear to be large, they will have a hard time making the TLM "available" to everyone who currently attends.

While imposing the brutal new policies in Arlington that segregate the TLM community, Bishop Burbidge said, "While these new norms will bring some change in the places and times of worship, I ask all in our diocese to maintain a spirit of unity and fidelity."

Are congregations being divided and their unity being crushed enable "a spirit of unity and fidelity?" Not at all! Rather, it is a spirit of disunity from false obedience to a motu proprio (Traditionis Custodes (TC)) that overstepped the pope's authority and a responsa ad dubia that expanded and magnified the draconian new norms to the point of absurdity.

Obedience is not an unlimited virtue. The call to obey presumes a "rightful authority." Yes, the pope has authority, but it is not unlimited. He may not order you to worship Pachamama or the circle spirits. In fact, to do so, would be a mortal sin against the First Commandment. Many canon lawyers are taking issue with TC as a violation of canon law. I'll address that in another post.

But for now, my opinion of the Arlington Herald sank into the Mariana Trench's darkest depth. I will read with a jaded eye to see how many other times they change truth into a lie in order to promote an agenda that violates both truth and charity. To see the Ministry of Truth operating in Holy Mother Church truly calls for sackcloth and ashes.

God have mercy on us and God save the Church!

I only read my diocesan paper to scan for news, like church closings. Never for inspiration because it, along with most diocesan newspapers, are wishy washy in the faith. This headline from Arlington is a textbook example of gaslighting. "We're making The Mass more available to you." "Um, no you're not." "Oh yes we are." "How so?" "Because we said so." But, you're REDUCING The Mass from 21 churches to 8 sites, most of which aren't even churches." Silence for a second. "We're making The Mass more available to you."

One of the reasons why I think they're moving The Mass from churches to school auditoriums and Montessori schools (are these places even Catholic?) has to do with the environment. The Mass is a holistic experience with the rubrics, the silence, the reverent traditional music and, usually the atmosphere where the church is designed to compliment The Mass and not distract from it. Perhaps Burbidge and company think that by moving The Mass to no-so-attractive environments, the faithful will become detached from the beauty of that holistic experience and, demoralized, will leave and come to the novus ordo?

Reminds me of a local grocery store years ago: "We are discontinuing this item to serve you better."

I read the headline and it appeared to be purposely ambiguous to avoid outright lying. "New Availability" Yes, the availability rules are changed thus "New" It never said the new availability was more accommodating to the Extraordinary Form (TLM).

This verbal duplicity is a mark of a troubled conscience and of evil intent. This is the Diocese of Arlington under this cowardly Bishop.

A half-truth is worse than a bald-faced lie. Loverde and now his successor show themselves to be masters of the half-truth. However, Burbidge is in a tight spot. He may have orthodox instincts, but he finds that he must be obedient to a heretic. Sometimes we need to make hard decisions. Burbidge just demonstrated that he prefers to dodge hard decisions and hide behind half-truths. Pity.

We should all commit to pray and offer sacrifices for Bishop Burbidge. He has done many good things. Sadly, most of our bishops resemble the bishops who chose compromise rather than truth under Henry VIII. We are in the same predicament today.But perhaps we are getting the spiritual fathers we deserve because of our own lukewarmness.

The Church must follow her Master in crucifixion, death, and resurrection. "The Church will enter the glory of the kingdom only through this final Passover, when she will follow her Lord in his death and Resurrection." (#677)

We are now witnessing her crucifixion under this odious Argentinian. Apparently, the day is far spent . . .

In reality, he has an obligation to resist a heretic, especially when a decree harms the souls of the faithful. However, that is the state of things: the Conciliar hierarchy is comprised of effeminate pleasers, who will do anything to avoid rocking the boat.

Case in point: Cardinal Burke, and his "official correction". Can't he just tell the faithful that Bergoglio is teaching heresy? Can't he use Innocent III to call for a synod to investigate the heresies of Bergoglio, or better yet, acknowledge the confusion over BXVI's resignation and call for a suspension of things until the matter can be fully investigated by pre-Bergoglian cardinals?