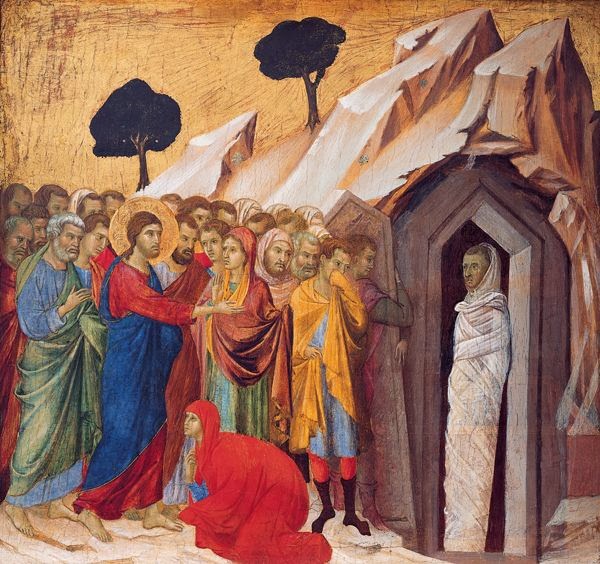 I've always wondered how the pharisees could see Jesus perform miracles and still refuse to accept Him. After all, they saw Him cure the man with the shriveled arm. Think of watching a shrunken arm stretch out and fatten up with muscles and tendons. You can't fake it! And then there was the paralytic lowered from the roof and Jesus' saying his sins were forgiven and ordering him to take up his mat and go home. Many of the people there would have known the paralytic personally. They could have no doubt that the cure was legitimate. The blind and paralyzed cured, the possessed freed, even the dead raised. And how do the pharisees react?

"Hey, Jesus, who are you to forgive sins?" and "What's the big idea of healing on the Sabbath?"


They saw His power with their own eyes and, instead of falling to the ground in amazement and worship, they hated Him all the more. In fact, after He raised Lazarus from the dead, they not only determined to kill Him, but Lazarus too, because the people were flocking to Him because of Lazarus who was a prominent and fairly affluent citizen apparently.

Now what could explain that kind of blindness? They see with your own eyes, that Jesus is who He says He is, the Messiah, which seems rather obvious under the circumstances and considering the prophecies. But instead of reaching the obvious conclusion and acting accordingly, an inferno of hatred blazes in their hearts. And "From that day onward there was a plan afoot to kill him." (John 11:53) It was no surprise to Jesus who "no longer moved about freely in Jewish circles. He withdrew instead to a town called Ephraim in the region near the desert, where he stayed with his disciples." (John 11:54) He started out in the desert to prepare for His public ministry; He returns to the desert to prepare for His final passion and triumph over death.

But back to the question: How could those who saw these miracles refuse to believe? Magnificat gives the answer in a Lectio Divina reading for today's Gospel about the Baptism of Jesus quoting St. John Chrisostom. "Those who saw Christ working miracles were so drunk with malice that they denied what their own eyes had seen."

"Drunk with malice!" It's an interesting image -- especially considering the judgment men made about the apostles on Pentecost Sunday as "drunken men." They were -- drunk with joy from the indwelling of the Holy Spirit and with zeal to share the joy and save as many men of good will as they could from the evil one.

Seems like an easy choice to me.
Posted by Mary Ann Kreitzer at 1:13 PM

Labels: Jesus' miracles, sunday meditation, the malice of disbelief, zeal for the truth

An easy choice for me too.

Thank you and God bless!

The metaphor "drunk with joy" is problematic. The "drunk" accusation came from those mocking the preaching of the Apostles. In fact, they were enlightened, very sober and clear-minded.

The metaphor also segues dangerously close to the "charismatic" thing - of which I was a part, so I speak with first-hand knowledge.