Follow the Law of the Church Amoris Laetitia Notwithstanding!

It's clear. It's unequivocal. Those divorced and remarried without annulment are ineligible for Communion. Not Pope Francis, the Argentine bishops, nor any other cleric has the right to abrogate the clear teachings of the Church to implement their faux mercy.


compromising the well-established interpretation of Canon 915 in the case of divorced-and-remarried Catholics necessarily calls into question the law’s applicability to cases of, say, ‘loving’ couples cohabitating outside of marriage, the ‘compassionate’ promotion of abortion or euthanasia, ‘honest’ persons entering “same-sex marriages”, and so on.

Exactly...just throw out all the doctrine and do as you please because, in your case, sin is justified. What a pleasant, comfortable, diabolical lie!

I read an article once about a wise Irish mother who told her children how to recognize a good priest from a bad priest. The good priest follows the long-held, unchangeable doctrines of the Church. A bad priest doesn't.

I hate to say it, but Pope Francis fails that mom's test of a good priest. He has sown confusion since the day he stepped out on the balcony of St. Peter's to be hailed as the new pope. Pray for him, respect his office, but don't let him rock your faith with his ambiguity and confusion. Cling to the doctrine.

Remember what people said about Jesus? He spoke with authority! He upheld Moses and the Prophets. There was never any confusion in Him which is exactly what made the pharisees so angry when they kept failing to trip Him up. Remember the scripture passage? Let your yes mean yes and your no mean no. None of this mealy-mouthed equivocation. 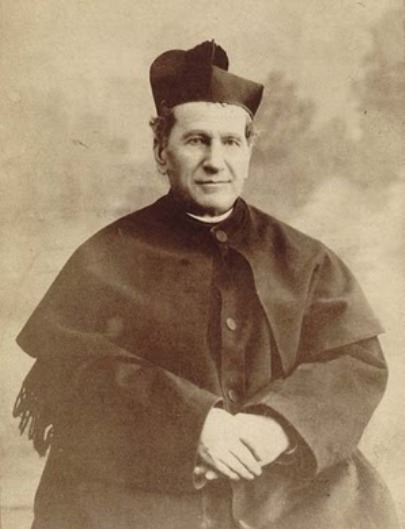 Don't fall for the mush love/mush mercy crowd's faux compassion. They want cheap love, cheap mercy, and cheap grace, i.e., redemption without the cross. Reject that lie and enter through the narrow gate of prayer and sacrifice that leads to paradise. Reject the "primrose path of dalliance" that leads to perdition.

Teach your children how horrifying sin is. How? By reading to them from the saints. I especially recommend the dreams of St. John Bosco. He dedicated his life to his oratory for abandoned boys. His entire goal was to lead them to heaven and often his prophetic dreams warned him of the danger of hell for particular boys under his care. His dream on the road to hell is especially powerful. Read it and meditate on it. Let us use the prescription of the Holy Eucharist, devotion to Our Lady, spiritual reading, meditation, and constant prayer to resist the lies of Satan especially, when they come from the false shepherds.

St. John Bosco, pray for us.
Posted by Mary Ann Kreitzer at 6:30 AM

My 12 yr old son LOVES the book of 40 dreams! He just started stories of Don Bosco. To hear him retell the dreams has been a great treasure for this homeschooling mama's heart.