Would Jesus Vote Democrat or Republican?

Would Jesus Vote Democrat or Republican?

From The Educated Catholic: Forever Catholic by Rudolph Lohse (orlandotruth@mail.com)

The Catholic Church is not a political party. It is a defender of the moral law. Jesus is not partisan and would never support a particular political group, such as the Democrats or Republicans. Rather Jesus would vote to uphold the moral teachings He has entrusted to His Church for safekeeping through the Pope and Magisterium, i.e. the bishops in communion with the Pope. Thus Jesus would be oriented to specific issues to determine and support those that are in accord with His divine law, and permit flexibility of choice to the people whenever the issues are primarily secular rather than divinely mandated. This is entirely consistent with His mandate to “Render to Caesar (the world) the things that are Caesar’s, and render to God the things that are God’s.” From this frame of reference, consider the following issues that have become the focal point of political campaigns: 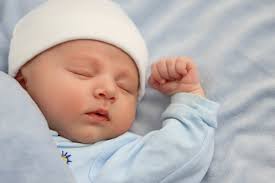 God's Things
One must preserve God's Law by always opposing:

Worldly Things
One may legitimately vote for or against:

The United States Conference of Catholic Bishops (USCCB) underscored this distinction in its June 13, 2004 pronouncement, Catholics in Political Life, as follows:
“Catholic social teaching covers a broad range of important issues. But among these the teaching on abortion holds  a unique place. Not all moral issues have the same moral weight as abortion and euthanasia. For example, if a Catholic were to disagree with the Holy Father on the application of capital punishment or on the decision to wage war, he would not for that reason be considered unworthy to present himself to receive Holy Communion. While the Church exhorts civil authorities to seek peace, not war, and to exercise discretion and mercy in imposing punishment on criminals, it may still be permissible to take up arms to repel an aggressor or to have recourse to capital punishment. There may be a legitimate diversity of opinion even among Catholics about waging war and applying the death penalty, but not with regard to abortion and euthanasia.”
Moreover, in his 1995 Encyclical Letter Evangelium Vitae (The Gospel of Life) Pope John Paul II taught that “direct abortion, that is, abortion willed as an end or a means, always constitutes a grave moral disorder, since it is the deliberate killing of an innocent human being. This doctrine is based on the natural law and upon the written Word of God, as transmitted by the Church’s Tradition, which is unchanged and unchangeable.”  This moral doctrine is part of the patrimony of faith taught infallibly by the universal ordinary Magisterium of the Church, i.e., the College of Bishops united in their teaching throughout history and throughout the world. A Catholic, to be in full communion with the faith of the Church, must accept this teaching about the evil of abortion and euthanasia. In the case of intrinsically unjust laws, such as laws permitting abortion, same sex marriage, embryonic stem cell research, cloning or euthanasia, a Catholic has a grave and clear obligation to oppose them, and never vote in favor of them.
The upshot of this definitive Catholic teaching is that all the issues listed under the above column headed God’s Things trump all the issues in the column headed Worldly Things. Therefore it is never licit to claim that issues, such as capital punishment, the Iraq War, immigration, jobs and health care, are of equal value or more important than the issues of abortion or same sex marriage. God’s Things are the dominant issues and must always receive preferential support.

The Charitable and Social Mission of the Church
Having established that God’s Things must always dominate, the question arises as to how and to what extent the mission of the Church should be involved in assisting people to obtain Worldly Things. Over the last century, Catholic social teaching has evolved in a progressive manner, primarily in three authoritative papal encyclicals:
- Rerum Novarum (On Capital and Labor) issued by Leo XIII in 1891. Owing to its significance, Pope John XXIII called this encyclical the Magna Carta of Catholic social doctrine.
- Quadragesimo Anno (On Reconstruction of the Social Order) issued by Pius XI in 1931.
- Centesimus Annus (The 100th Year) issued by John Paul II in 1991.
These documents systematize the social implications of divine revelation. Their contents are theological penetrations into social life, with particular reference to human rights, the needs of the poor and those in undeveloped countries, and humane conditions of life, freedom, justice and peace.
Significant principles that should guide our actions flow from these encyclicals, as  follows:
By Rudolph Lohse

Posted by Susan Matthiesen at 9:45 PM