Hold the Applause: An Analysis of Pope Francis' Post Synodal Exhortation -- Part I 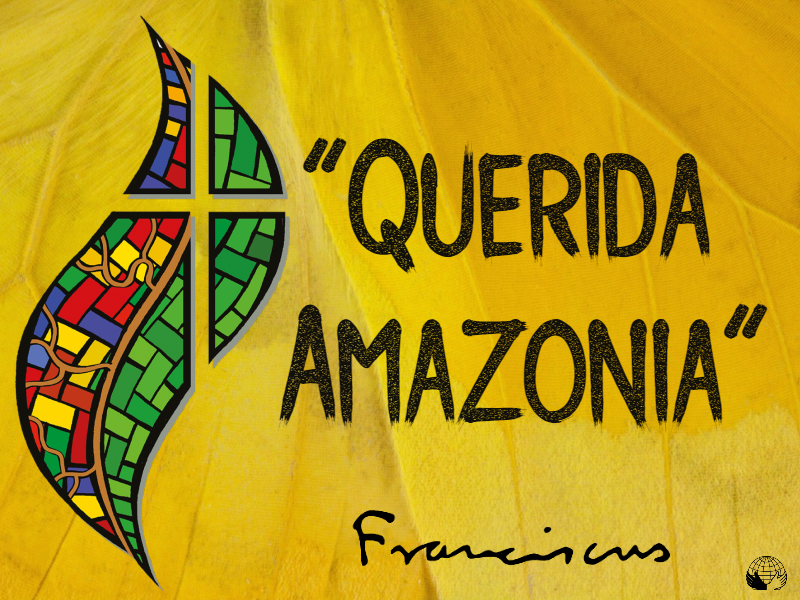 I've seen a lot of chatter about how relieved people are that Pope Francis did not approve married priests for the Amazon in his post synodal Apostolic Exhortation.

Well, I've read it and frankly I found it alarming and hypocritical on many fronts.


Remember what came before, especially Amoris Laetitia, and the results.

First of all, Amoris Laetitia, was the post synodal exhortation that came after the two synods on the family. If you have a long memory like mine you recall all the scandals and lies related to those two manipulated events. Remember the books Cardinal Baldisseri ordered to be removed and never delivered to the cardinals mail boxes? (Alert: tampering with the mail is a crime, Your Eminence!) Remember the slurs Cardinal Kasper, one of Francis' close advisers, cast on the faithful African bishops and then lied about it slandering veteran Vatican journalist, Edward Pentin? (See here and here.)

Like the latest exhortation, ambiguity was the policy in Amoris Laetitia. It did not explicitly approve giving Holy Communion to those in invalid marriages. The change was in the "fine print," the famous footnotes "that roared!" When the bishops of Argentina put out their guidelines allowing Communion for the divorced and invalidly remarried in some cases (which history shows will likely become all cases), the pope affirmed it. In fact he hailed the letter from the bishops of Buenos Aires as the "authentic magisterium" of the Church. (Ah...there's that "Francis magisterium" again that involves only those bishops who support his innovations -- never the real magisterium of all the bishops united with the pope in upholding the deposit of the faith.)

Malta has jumped on the sacrilege bandwagon. Sadly, so has Lisbon. Wouldn't Our Lady of Fatima be pleased to know that the Holy Father congratulated the bishops for essentially blessing adultery within a stone's throw of her apparitions lamenting sins against chastity? Hail Mary, pray for us sinners!

Clearly, Pope Francis doesn't need to do the dirty all by himself! His minions quickly leap into the breach to implement the Francis magisterium in a Church which is being remade daily in the image, not of Christ, but of the world.

THE DREAMS OF POPE FRANCIS ARE NIGHTMARES FOR THE CHURCH! 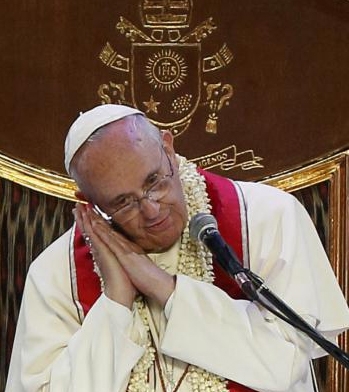 The exhortation is broken up into four sections labeled "dreams" of Pope Francis, all relating to "giving the Church new faces with Amazonian features": A Social Dream, A Cultural Dream, An Ecological Dream, and an Ecclesial Dream. As the reader goes through each of these "dreams" he gets a lot of poetry and references to Francis' other writings, especially from Laudato Si, the Apostolic Exhortation on the environment.

Of the 147 footnotes over half are from the pope's own writings, the working documents of his synods, and Vatican II. A number come from the bishops of the Amazon and groups like REPAM, which heavily funded the Amazon Synod. There are a few explanatory footnotes, a few from post Vatican II popes Paul VI and John Paul II, and one from the Catechism of the Catholic Church. Then there are the poets waxing eloquent about the beauty of the Amazon.

One would think reading this document that the Church had nothing to say before the cataclysm of the 1960s!

There is nothing in the document that either affirms or rejects the possibility of married priests. I think we can thank Cardinal Sarah and Pope Emeritus Benedict for that! (I'm still eagerly awaiting the arrival of their book.) Having said that, it becomes imperative to read the document with an eye for ambiguities, the camel's nose in the tent. Where is this taking us and what comes next?

Stay tuned with me as I put on my sleep mask and enter into the dreams of Pope Francis with Topsy and Tuptim.

“One would think, reading this document, the Church has nothing to say before 1960”.

That statement is the best summary of what ails the Church Militant.

I became Catholic because the Catholic Church claimed connection between the living and all the dead who came before on a long straight line back to Christ.

I have seen all sorts of charismatic preachers in my day, strutting the stage in worn blue jeans and tight t-shirts who have all the answers and can really deliver a message to remember. But at the end of the day, it’s just a dude’s personal belief. Perhaps he did really good in Seminary and his opinions are better than others. Still, just his personal beliefs. What makes it True? Go a few blocks down the street, and you might listen to another sermon, by another charismatic fellow (or gal), who says exactly the opposite of what the other guy just said. And both of them ... quoting Scripture and totally assured they are right, the other is wrong (heaven and hell sort of thing).

I got tired of it. They can’t all be right at the same time! Who gets to decide? The Catholic Church; the Magisterium, I discovered.

The Catholic Church, claimed to not make stuff up. The Apostolic Line of Apostles leading back to Christ, Peter, etc and the Magisterium , guaranteed by the Holy Spirit who descended into His Church at Pentecost, which delivered Dogmatic Truth through Sacred Tradition delivered a Deposit of Faith that didn’t belong to anyone - charismatic preachers or pew sitters alike. It was objectively a Pearl Of Great Price that belonged to God, not men.

This modern Church, however, seems disconnected from that. Little of importance that is new is sourced and interconnected to all that came before. The Hierarchy thinks they have a better way than the past, tired, worn out, musty traditions, and like the charismatic pastor, they excitedly bring in to the Church all the new and improved trends.

They are disconnecting the Church from our Patrimony with wild abandon. And I have decided that I refuse to go along with them. I have seen that show before, and rejected it. I left everything (family, friends, traditions) behind for the Deposit of Faith that leads to Christ and the Apostolic Line of Apostles is its guarantee. All saints who came before are just as important to me as the saints currently living. This unified Church *across time* is the Catholic Church, and it is only that which I have left everything behind for.

Absolutely wonderful and true post. Thank you for this.

Besides the language of this latest Exhortation, it seems the logo is troubling as well. It seems familiar, doesn't it? The cross on the right with the stained glass flames on the left. If you agree, you are correct. This symbol is nearly identical to the logo for the United Methodist church as well as a Lutheran symbol. Why can't the head of the Catholic Church use a Catholic symbol when he publishes a document? Is it the same reason why he doesn't genuflect before the Tabernacle yet kneels to wash the feet of Muslims?

Good analysis, Mary Ann. My credit card was charged for Sarah/Benedict new book so hoping I receive it SOON!