I thought the video below provided an interesting take on the halftime show at Sunday's Superbowl.


There is no doubt plenty of occult activity in the entertainment industry and history teaches us that lust and satanism are often partners. There was certainly plenty of lust evidenced during the halftime show!
Some performers openly profess their involvement in the occult.  And the blasphemous depiction of the cross has often been a theme in pop culture. Madonna has used it more than once in music videos and other performances. Her halftime show in 2012, "Ye shall be as gods," paraded paganism and occultism openly.

Remember when the halftime shows featured marching bands and family friendly entertainers? Carol Channing was the first celebrity to perform and she was one classy lady. She sang "When the Saints Go Marching In" at the 1970 Super Bowl in New Orleans when the Kansas City Chiefs rolled over the Minnesota Vikings 23-7 at Tulane stadium. No twerking or pole dancing, just class.

Well... we sure won't see that any more. 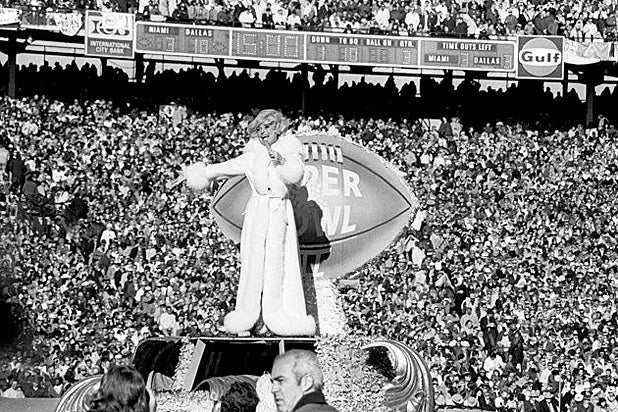 Do you think there were spells being cast at Super Bowl 2020? How many demons were in attendance? Maybe next Super Bowl Christians need to hold a Jericho march around the stadium with some exorcists and a rams horn! Certainly rosaries of reparation are in order!
Posted by Mary Ann Kreitzer at 8:30 PM

I watched this video last night and it is an excellent analysis. It really nails the masonic overtones of the entire halftime show. I haven't watched even one NFL game since the kneeling for the National Anthem controversy and I will continue to boycott this sick sport.