To Contain or Be Contained, That is the Question

Susan Matthiesen shared this link with Mary Ann and me recently after she found one of these Australian objects in a store near where she works.  It got me to thinking how we take containers for granted.   No matter who we are, where we live, or what period of history, we have always needed containers and for the exact same reasons since time began---to hold things that won't hold themselves.
In other words, stuff that refuses to stay together without coercion.   This is anything from criminals needing jails to water for survival--- in pipes, jugs, pools, tubs, jars, canteens, etc.. 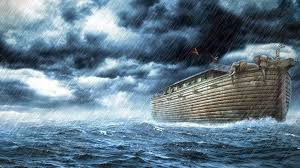 This can also be seen in the necessity for Church since without it we would be all over the place.  The ark was and is a good thing because it protects us from our own destruction and preserves us from the elements and forces on the outside.  Is it confining, restrictive, and constant?  Yes.  Is it fixed, unalterable, and cast in stone?  Yes, for our own good, because outside of it, as converts know so well, there is freedom, it's true, but there is also a chaos of ideas that fail to provide solutions to the anguish in our lives, however attractive these ideas may appear initially.


It takes much humility and a leap of faith, for some, to decide, "I will be contained, I will obey, I will remain inside, without objection and doubt." Many have chosen the opposite and they have a lot of company, but we know what happens to all things that are not contained.  They become lost from what they had a chance to be if they were obedient, properly formed and confined to a discipline given to us by God himself.

I found the (very large) coolamon at a Goodwill store for $1.99...it's worth about $150. Immediately I knew what it was because my younger daughter had brought back a smaller coolamon for me from Australia several years ago which I use on the bedside table to hold reading glasses. As you can see from the link in Chriss' post, aborigines use coolamons for napping babies.

I sent the one found at the thrift store to my daughter who said she will use it to hold TV remotes. I have found several icons, beautiful statues and crucifixes at thrift stores here in Florida because when people die and the family comes from up north to dispose of the loved one's things, they don't care about the religious items and take them all to Goodwill. Two years ago I found a $200 icon of Our Lady of Perpetual Help for $5. It's like a treasure hunt - one never knows what will be found. But be careful - the thrill of the hunt becomes addictive!

Continental Can once ran an ad (I'm guessing but it had to be around 1978-1980) that showed the famous photo of the baby in the amniotic sack with words that went something like this, "A package is as important to life as life itself." That ad saved the life of at least one baby because we were a shelter home for the little one's mom. She saw the ad while she was sitting in the waiting room about to have an abortion. When she saw the photo, she couldn't go through with it.

Sadly, the baby died in the womb a few days before delivery, a beautiful little red-headed baby girl. I was Pat's labor coach and the nurse baptized the baby before bringing the little one wrapped in a blanket to her mother. I wonder how many other babies had a chance of life because of that ad. How I wish we had more companies today that cared enough to promote life instead of the numerous companies supporting the culture of death.