"We Won't Be Silenced." The Frontline Doctors are Back and They're Impressive - #HCQworks 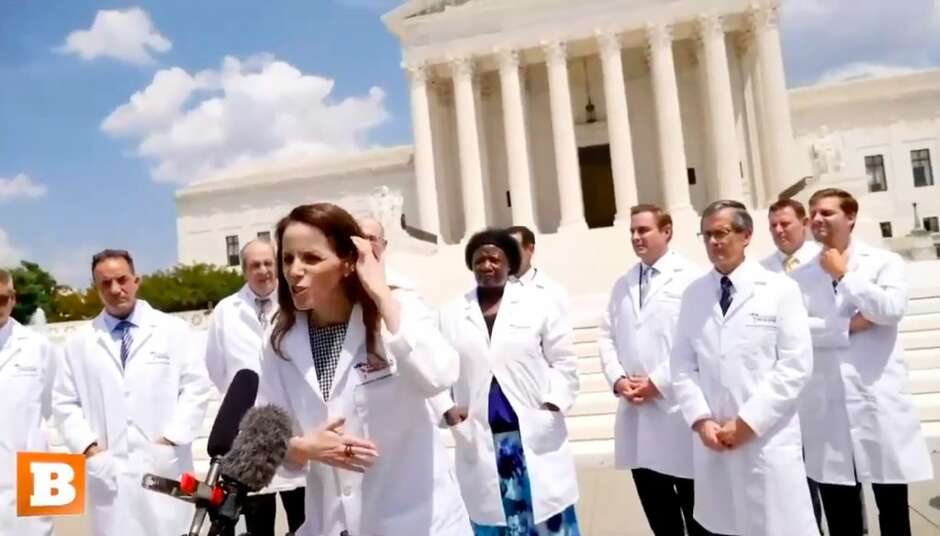 Big tech took down the video of the Frontline Doctors' Press Conference from Monday, but it's still available. See it here.

Censorship of these board certified physicians makes me sick! Throughout history doctors have disagreed. Medicine is called an "art." That's because doctors using their best experience, make diagnoses and then treat their patients. In the past doctors often followed protocols of the time that further injured and even killed their patients! Do doctors still bleed people?

Listen to these doctors! The second press conference from Tuesday. They further elaborated the need to demand this drug. Of course big tech isn't posting that video either, but it's online. You can watch it at the link below. Do it! As the child psychiatrist, Mark McDonald, says -- the country's strategy is a tragedy. We need to rise up and demand access to a treatment that works. HCQ with zinc and the Z-pack is being used all over the world. There are studies coming out of India, Poland, Italy, etc. that show great success with this protocol. Who is Mark Zuckerberg to overrule these doctors? Be your own advocate; do your own research. As Dr. Clark says, check out the CDC website's description of hydroxychloroquine. It's a safe drug that's been available for over 60 years. It was effective used during the SARS epidemic and the current virus is similar. The attack on this protocol is political! Trump advocated for it, and the mainstream media can't let him be right about anything. They would rather people die than that trump get any credit for being right.

Fight for your life and the lives of those you love!

A truly Catholic doctor is a real blessing in these times. I'm blessed.