Learning about the Electoral Process....It Ain't Over Til It's Over! 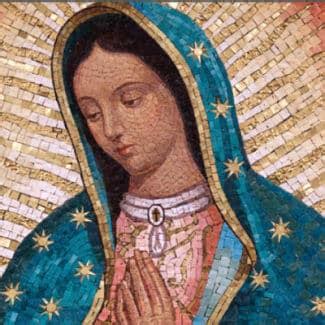 It's not time to give up. It's time to keep praying and to add a little fasting to those prayers!  It's not over until CONGRESS confirms the electoral college results in January.

Check out these articles which explain how the electoral process works.

Trump has more paths to victory than Joe Biden.

Explainer: Dueling Electors and the Upcoming Joint Session of Congress

The Parallel Universe of the US Election

Over the next few days I plan to listen to the entire 5+ hours of the Jericho March in D.C. held on the feast of Our Lady of Guadalupe. (Good background for gift wrapping.) The rally began with the blessing of the image of Our Lady by a Catholic priest and the singing of the Ave Maria. Archbishop Vigano addressed the crowd. So did Bishop Strickland of Tyler, TX. Prior to the start of the rally, a priest performed an exorcism at the Capitol, appropriate in view of the diabolical activity occurring in that place.

General Mike Flynn was awe-inspiring. He began his testimony with the Sign of the Cross and the Our Father. What a way to enflame the opposition who have no integrity and despise people of faith. The left and their allies on the right are writing scathing articles ridiculing the Jericho March and those who support it. As for me, it was a big dose of encouragement and hope. Here are a few outtakes from what Flynn said:

"Truth will always triumph over lies! Justice will always triumph over abuse and fraud!....Honesty will always triumph over corruption!....Honor...We have to honor each other and we have to honor our country, especially right now....And that means we have to be ready to sacrifice....We are in a battle, in a spiritual battle for the heart and soul of this country. WE WILL WIN...BECAUSE THAT IS THE TRUTH....The truth will prevail. So how do we fight? We fight with our faith and we fight with courage....Do not let fear get in the way of breathing the fresh air of liberty. [The crowd erupted in shouts of  "Freedom...freedom... freedom."]....The media is doing an incredible disservice to this country....Epoch Times does a terrific job. [I agree. If you want a great newspaper, subscribe! You can try it for a month for $1.00]...This is not about Donald J. Trump; it's about the presidency of the United States of America...and we are going to get this right....Every time they throw an arrow at [President Trump], they throw it at us....Nothing can resist the power of prayer....We're inside the walls of the deep state and there is evil and there is corruption and there is light and truth. We're going to get to the light and the truth and we are going to knock those walls down....We give witness today to our faith in God, our love of country, the United States of America, for our Constitution, and for our president, Donald J. Trump."

The event was filled with prayer and Catholic/Christian witness. I can't wait to watch the whole thing. No wonder the left is calling the event "bizarre." So are some on the right like "crunchy conservative" Rod Dreher. (I stopped reading him a long time ago.)

As for the liberal left, many of them hate God and hate those who profess Our Savior. They put their faith in their money and in their rich and powerful friends. Hey! Some things never change! "We have no king but Caesar"...and Herod and the Chinese Communists, and the Big Tech lobbyists, and the talking heads in the mainstream media, etc. But some still carry their rosaries and widen their phylacteries and add bells as they brag about how devout they are.

Labels: Jericho March, Our Lady of Guadalupe, power of prayer