Reflecting on the Empty Tomb: Death, Where is Your Sting? 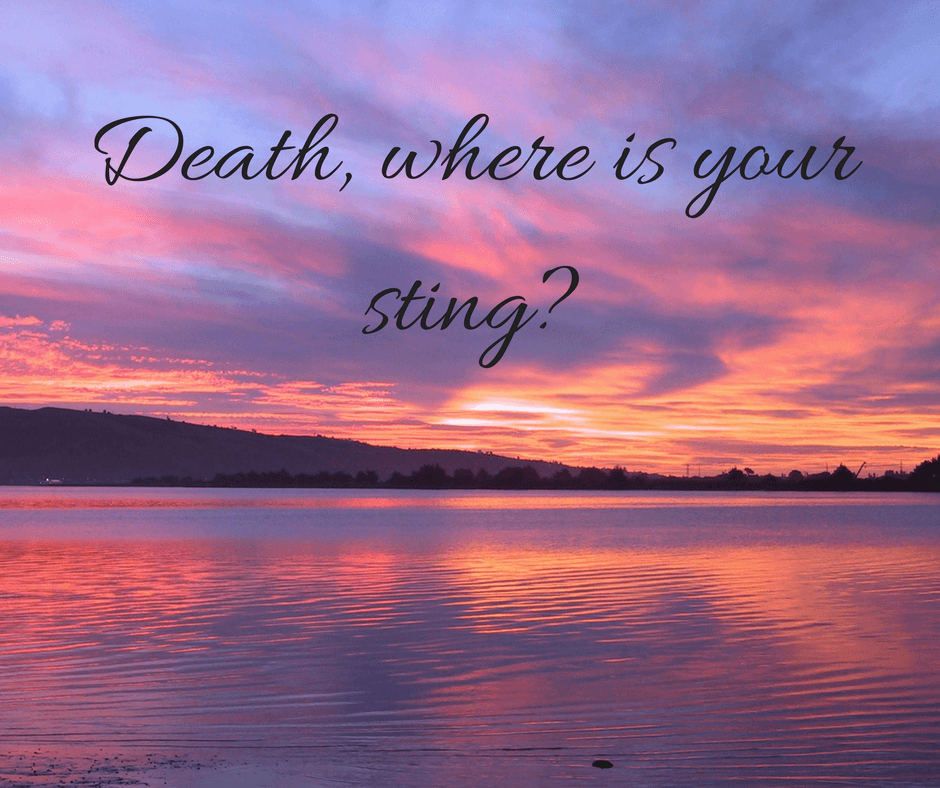 A lot of people are focused on the number of deaths from the Chinese virus. They fulminate over anyone who won't join them in their handwringing hysteria accusing them of being hateful, calloused and not caring if people die. You would think there were bodies piling up in the streets.

Actually, the world has seen that before. During the Black Death and other plagues, horse and donkey driven carts rattled along the cobblestones with their drivers calling, "Bring out your dead." Whole towns were devastated and depopulated. We are not seeing that from the Wuhan virus.

Devastating death statistics aren't limited to plagues. Irish Catholics were deliberately starved by English tyrants and the numbers dying were so great many were buried in group graves. Communists from Stalin to Mao used starvation as policy. One could call these these political plagues. And yet, tyrants like these have become the "socialist" heroes many young people today want to imitate out of their blind ignorance of history.

Meanwhile, vaccine passports limiting our ability to buy food, not to mention the growing likelihood of super inflation and recession/depression, are very real threats. And the mandates over the Chinese virus have killed as many as the virus itself. Starvation looms for many in the Third World. Oh...and shall we talk about the suicides and the increase in drug and alcohol abuse and deaths from overdoses due to anxiety and depression? But these deaths are invisible and insignificant to the hand-wringing Wuhan hysterics.

No...the holier than thou Covid watchdogs only care about those dying from the virus -- even if the death numbers include those dying from lethal gunshot or knife wounds who tested positive for Covid. You die "with Covid" you die "from Covid" -- even if you had terminal cancer. The goal? If you increase the body count, you increase the fear. Terrified people are easier to control.  A "global pandemic" is good for control-hungry politicians. And they have certainly used it!

"Every death," we're told by the Covid critics, "is a tragedy."

That is simply untrue. Death is an inevitability, the punishment for Adam and Eve's original sin. We will all die! But the only "tragic death" is the one that ends in a soul's damnation. For all the rest, those who hear the words, "Come, ye blessed of my Father, possess you the kingdom prepared for you from the foundation of the world." (Matt 25:34), death is a joy and a celebration.

That's not to minimize the sorrow associated with death, but that sorrow belongs to the living who mourn in the absence of their loved ones. I still miss my parents and think about them and pray for them often. I miss the little brother I never met who died right before birth and the three of my four brothers who are gone. I miss my grandson and my niece, and my husband's parents and his aunt, the most cheerful person I ever met -- and all those who have gone before us.

But what a cruel thing it would be to wish them back for my own consolation. I trust they all rest in Christ. I want to help bring about that reality and so I pray for them and "everyone who has ever touched my life."

Our Lady warned at Fatima that many go to hell because they have no one to pray for them. Not my loved ones! I remember them every day in my rosary and have Masses said often for the repose of their souls. To pray for the dead is a spiritual work of mercy.

Yes, death is a sorrow for the living, but the only "tragedy" after death is to hear the chilling words of Jesus Christ, "Depart from me, I never knew you!"

Every year, I go on a five day silent retreat using the Spiritual Exercises of St. Ignatius. Among his other admonitions, St. Ignatius tells us to be disinterested in whether we have a short life or a long life. God knows us before we are formed in the womb. He numbers the days of our life. He (not Dr. Fauci) decides the moment of our death. We, of course, can affect that by our choices. The martyrs put faithfulness to Christ above preserving their lives. Even children are counted among them.

The person who abuses alcohol and/or drugs or engages in sexual depravity can put a limit on his life by his own life-threatening actions. Nevertheless, only God is the author of life and death. And the moment of death is not a tragedy, but an opportunity. How many death bed conversions (like that of the Good Thief on the "bed" of the cross) lead to eternal life? I think of Oscar Wilde, John Wayne, the father of St. Augustine, and many others who were baptized on their deathbeds. But my favorite, which I learned when we visited the Buffalo Bill Museum in Cody, Wyoming is Wild Bill Cody. Guess who influenced his conversion? Chief Sitting Bull, a convert to Catholicism through Jesuit missionaries: 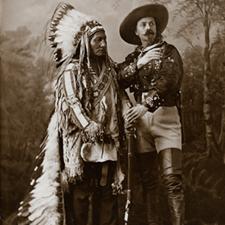 When Chief Sitting Bull was hired in Buffalo Bill’s show, the two men became friends and their relationship became quite close based upon mutual respect. Buffalo Bill was intrigued by Chief Sitting Bull’s own conversion to Catholicism a few years earlier through the courageous Jesuit missionaries to the Sioux Indians. A few years after leaving the Wild West Show the Famous Indian chief was shot dead in a tussle on the reservation.

Twenty-seven years later, while visiting his sister, Bill Cody lay dying outside Denver, CO. The day before he died he converted to the Catholic faith. He told the priest that he had always believed in God but wanted to die a Catholic. He was inspired by the faith of Sitting Bull in his conversion and the example of his family.

Buffalo Bill’s conversion to Catholicism teaches us the power of authentic Christ-like witness through friendship. Time is not the measure of the good that comes from being a true witness. The simplest action and example today can be the means to another's salvation tomorrow.

It is never too late to turn to Jesus Christ, our life and our salvation. He is the Alpha who mandates our beginning and the Omega who reaches out for us at the moment of death. The only tragedy is to refuse take His hand.

May Jesus Christ be praised!

Our Lady, refuge of sinners, pray for us.

St. Joseph, patron of a good death, pray for us.