Archbishop Cordileone Sends in the Cavalry! 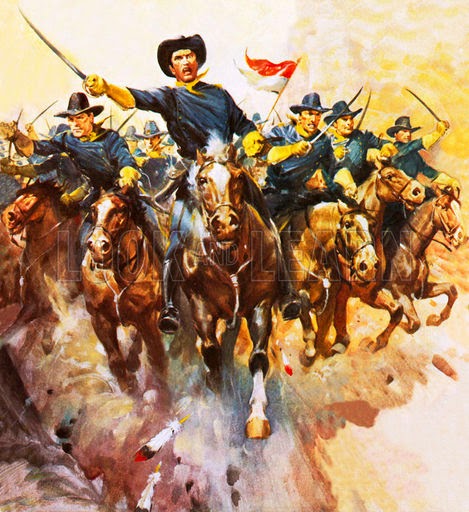 The attack on Archbishop Cordileone for daring to uphold Catholic teaching in his schools and for supporting Fr. Joseph Illo's decision to use only altar boys continues. What's the archbishop's latest response? He's sending in the cavalry -- another orthodox priest to run Star of the Sea School and support his brother priests.

Three cheers for the archbishop!

Five Pinocchios and two thumbs down to all the liars attacking him and calling for his removal. Join the "waves of global support" by sending a message to the Archbishop. We need to thank and encourage the heroes among the clergy. Those with the heart of a lion willing to enter the coliseum and face the ravening beasts are few and far between. Please support the ones who do.
Posted by Mary Ann Kreitzer at 4:46 PM

Alleluia, I am rejoicing at this great news. Thank for posting it.

God bless & keep him! May all of the orthodox Priests and Bishops who actually believe and teach what Holy Mother Church stands for be richly rewarded for their great faith and perseverance!!

Archbishop Cordileone is a worthy shepherd of the Lord's flock. He is one who does not run away from the wolves (much less take their side, as all too many do nowadays). May God bless him and keep him, and send us many more like him.