Austin Ruse Takes on Fr. James Martin and Co. and Pegs it Again! 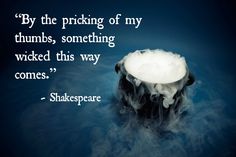 Who are the real hatemongers? Fr. James Martin and his cheering section. Think about it. Whenever anyone criticizes Martin's enthusiasm for mortal sins of deviant sex, he responds with a hate-filled, name-calling screed. And his echo chamber on the Catholic left (and even a few on the right) join the chorus. Here's a bit of Ruse's article worth highlighting:

These are the reasons the heat has been raised on James Martin SJ and the reason he fights so furiously, unfairly and even viciously against his critics. Putting aside his own incivility and that of his allies, he wants everyone’s attention on a shiny thing, the supposed incivility of his critics and not on the outrageous and even heretical things he says in public.

Read Ruse's entire article. It's shocking to hear what's happening to him since he engaged Fr. Martin. Is Fr. Martin behind it? Ruse doesn't claim that, just points out that the level of viciousness is something he's never experienced before despite his constant critical engagement over the LGBT agenda.

Cardinal Robert Sarah has words for priests like Fr. Martin in his book The Power of Silence:


I will never stop thanking the good, holy priests who generously give their whole lives for the kingdom of God. But I will untiringly denounce those who are unfaithful to the promises of their ordination. In order to make themselves known or to impose their personal views, both on the theological and the pastoral level, they speak again and again. These clerics repeat the same banal things. I could not affirm that God dwells within them. Who can think their sheer outpourings to be a spring coming from the divine depths? But they talk, and the media love to listen to them in order to reecho their ineptitudes, particularly if they declare themselves in favor of the new posthumanist ideologies, in the realm of sexuality, the family, and marriage. These clerics consider God’s thinking about conjugal life to be an ‘evangelical ideal’. Marriage is no longer a requirement willed by God, modeled and manifested in the nuptial bond between Christ and the Church. Some theologians in their presumptuousness and arrogance go so far as to assert personal opinions that are difficult to reconcile with revelation, tradition, the centuries-old Magisterium of the Church, and the teaching of Christ. Thus, highly amplified by the blaring media, they go so far as to dispute God’s design.

I'd say that's a pretty accurate description of Fr. Martin and his scandalous affirmation of deviant sex.
Ruse calls Fr. Martin "a clear and present danger." I agree, a scandal monger extraordinaire! Frankly, Fr. Martin makes me think of Ray Bradbury's story, "Something wicked this way comes." I'm having a Mass said for him. I urge you to do the same. What a tragedy when a priest of God becomes a servant of the evil one. He makes all heaven weep. As for those laity jumping on his rainbow colored bandwagon, shame on them.

Mary, Mother of the Clergy, intercede for all unfaithful priests scandalizing and leading to hell those they should be saving. Most Sacred Heart of Jesus, have mercy on them and all of us.
Posted by Mary Ann Kreitzer at 3:29 PM

HOW and WHY did the likes of Fr. Martin ever get ordained in the first place? That's my question. Do they just admit EVERYONE and ANYONE into the seminary? Lord save us from priests like Fr. Martin. Lord open the eyes of this man, he is blinded in darkness, and if you can't do that, remove him from service, as he is causing grave harm with the huge platform he has. Amen.

IN the current issue (9/28/2017) of the New York Archdiocese's newspaper, CATHOLIC NEW YORK, there is an advertisement that is relevant to this article:
"The Leo House Presents
Inaugural Pope Leo X111 Award
Fundraising Gala
"It's not just a Gala, it touches people's lives"
Save the date Monday December 11, 2017
Honoring His Eminence Timothy Cardinal Dolan
Keynote speaker Fr. James Martin SJ"
No wonder Catholics are confused/ distressed.
St. Michael the archangel protect us in the day of battle!

The LGBTQ&C lobby is always talking about tolerance, but it is itself one of the most intolerant and tyrannical pressure groups in the history of modern society. Fr. Martin is no exception to this. It is a general pattern. My own explanation of this is that they know themselves that what they are propagating is deeply anti-natural, anti-rational and perverse. They know in their conscience that they are wrong, but they can't stand the truth because they have identified themselves with their position. If a person is LGBTQ&c, he or she presumes this is their "identity". Thus the fanaticism of this lobby has its origins in a person's total identification with his sexual inclinations. The person defines himself by his sexuality. That's why LGBTQ&cs perceive all criticism as a complete rejection of their person.

People ask how Martin got ordained. Easy. Most Jesuits are very,very similar to him. I was taught for 8 years by Jesuits in the 60s and 70s for high school and college. They used to defend the church but they turned against it many, many years ago. From what I can tell, most of them are political leftists who use the Jesuits as a sort of springboard to promote leftist ideology, plus get their living paid for.

Don't bother trying to tell them that they work for the devil. They don't care. They will have to face the music about 4 seconds after their last breath.