Should Wearing a Hat Make Me Afraid?

I bought a hat a few weeks ago when I was feeling especially perky about how the Trump administration was solving problems left and right and bringing prosperity to the USA once again.  It is a white baseball style cap with the words, Make America Great Again stitched in metallic gold lettering across the top.  It was offered in red or blue letters, but I figured if I am going to wear a hat why not go whole hog and pick the gold one. 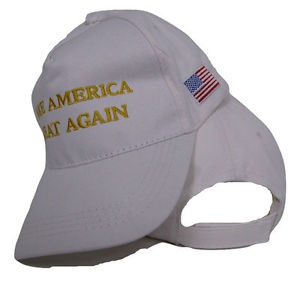 When it arrived in the mail, I was excited to try it on and I sent a photo of myself in it to my kids who enjoyed seeing me have such fun with a thing like a cap.  But then, my husband said, “Where do you plan to wear that?  It could get you in trouble.”  I said, "I am going to wear it, but maybe I’ll pick and choose where."  Like maybe to one of our grandkids’ baseball games, or maybe to a picnic among our friends at church,  but maybe not to our neighborhood Safeway,  or in the car, where other drivers could see it, or to the airport, or on a plane, or on the Metro, or in D.C., or to a neighborhood social.


The list kept growing as I thought about it.  This was three weeks ago.  Now that I’ve seen the foul things that have happened to Sarah Sanders and other Trump cabinet members, I am even more conflicted about the hat than I was before.
Is wearing the hat provocative, or simply an exercise of my First Amendment Rights?  Is it asking for trouble or simply expressing my approval for a political party and its duly elected leader?  Am I willing to let other people deprive me of fun because they scare me?  Am I brave enough to wear the hat and take what comes, knowing we all have to be true to what we believe in spite of the consequences?  Would my mother approve?  The last being a question I think we should all ask ourselves regardless of our age about matters big and small.
If I don’t wear the hat and allow the Trump haters to intimidate me, how long will it be before it is unacceptable to wear a cross around your neck, or a St. Benedict medal, or Miraculous Medal of our Blessed Mother?  What if that too offends them and identifies me with a pro-life position that believes baby killing should be against the law because it offends God.
No one I know right now has any kind of political bumper sticker on their car that supports Trump because they fear damage will be done to their vehicle in a parking lot when they are out of sight.  Unlike other election years, they didn’t even put them on their car BEFORE he was elected and with the viciousness of the left these days you’d be foolish to have one.  However, someone can readily get away with damaging the paint on your car without giving away their identity, but they risk arrest if they actually assault your person.  The consequences they may face come only after you’ve been harmed and you have to ask yourself is putting my safety at risk the wise thing to do.
There are things Liberals display that most certainly offend me, but it wouldn’t occur to me to physically attack them over it.  Here are a few:
Actually, when I checked the internet, it was immediately clear what the left says is so vulgar and disgusting they aren’t fit to publish on this blog.  I am left with just these two which I certainly don't agree with, but will put up here, 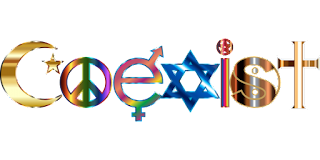 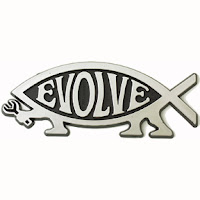 It isn’t always easy being a Catholic in public.  Those of us who wear visible signs of our beliefs risk abuse and discrimination all the time.  Nor is it easy today to be a Trump supporter openly, in public, but when you begin to hide what you believe while the leader you elected is carrying such a heave load and uphill most of the time, how can it be right that he should go it alone.  It takes courage and fortitude to self-identify with your beliefs especially when you know how different your beliefs are from others, but knowing something is hard doesn’t give us permission to hide from the task.


With Justice Kennedy’s announcement of retirement last week, the rhetoric immediately cranked up another 10 degrees in the MSM.  This country will be great again, one Supreme Court Justice at a time, one tax cut at a time, one less regulation at a time, one prayer at a time, and one baseball cap at a time.  Where’s yours?
Posted by Chriss Rainey at 10:32 PM

Be brave. Wear the hat. Where I work many people, especially men, come in with MAGA shirts or hats and have bumper stickers on their vehicles. I always tell them that I like their shirt or hat and they give me a big smile or thumbs up in return.

I live in NY so I'd never be so rash. But if you don't live in Liberally Tolerant territory, you'll possibly get some thumbs up. As PF would say: "discern"!

My wife wore that hat and someone asked if they could grab her....