At the hearing held last week in Congress there was, as far as I am concerned, only one bright spot.  It shocks me that it is this same brief moment out of the whole day that the media is fixed on saying was the “low point.”

I refer to my hero and fellow Texan, Louie Gohmert, who DARED look the witness in the eye and tell him exactly what everyone else should have been saying.  Their exchange was rowdy.  I won’t deny that, but it might have been different if the witness, Peter Strzok at any point had exercised an ounce of humility and expressed any level or remorse.  Oh, he said several times through the course of the daylong hearing that he “regretted” that his now famous text messages cursing Donald Trump had been exposed to public scrutiny, but he never has said he is sorry for speaking so ill and so vulgarly about the President of the United States on his work provided cell phone.  The fact he made perfectly clear is that he is NOT sorry one bit.  Throughout the hearing he smirked and grinned and doubled down on his right to hold that opinion and say what he did.


My mother said, “Never write down what you wouldn’t want read aloud in church.”  I’ve taken that message to heart since I was twelve years old and it has paid off a thousand times.  Generally when people are caught writing things that they are embarrassed by, they will apologize and seek forgiveness, especially if their position or their reputation is at stake, which it generally is.  Mr. Strzok, however, stood by his hateful comments and brushed them off as hyperbole, a poor choice of words, misunderstood, taken out of context, and not meaning what they appear to mean.  This is what you call being wedded to your sin.


It was this determination to lie his way out of this box that outraged Louie Gohmert, an attorney and a judge who has no doubt seen his fair share of liars.  He knows one when he sees one.  According to Gohmert, Strzok is so good at it “he could pass a polygraph.”


The day might have ended with a “so what” conclusion, since lying in government is so pervasive, if it had not been for the guts of Congressman Gohmert, who looked the witness in the eye and let him know what a complete embarrassment he is for the whole FBI.  He furthermore shined light on the lies he is bound to have told his wife while trying to keep secret his extra-marital affair with a fellow FBI agent.  This caused a huge uproar in the house chamber and I wonder WHY.  Why are we seemingly ok with the fact he’s a liar and upset that someone thinks that’s a bad thing?  This is shocking, not what Congressman Gohmert said, which was the truth, but the idea so many prefer to circle the wagons around the liar, in the name of “political correctness.”  Congresswoman, Bonnie Coleman, Democrat from NJ said Gohmert needed medication, a comment suggesting that we should all stay in a state of tranquilized calm, tolerating all regardless of how it offends Truth, who is Christ.  I feel, without a doubt, it is this loss of shame in our world today that allows evil to persist and infiltrate the whole of society.  We would rather tolerate the liar and the adulterer than point a finger and say, “Shame on you!”  We would rather trounce on the person who dares to stand up for truth and righteousness than cast judgment on bad behavior and those who engage in it.  Instead of joining in to say this kind of action is unacceptable, the liberal members of the House came to the liars rescue, protecting him against justifiable moral criticism. 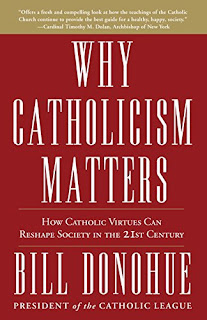 So, whereas the media has decided to agree among themselves that Louie was out of bounds to say what he did, I applaud him.  I can only hope he will continue to address evil head on and that others who have been too cowardly to do it before, will take his lead and refuse to accept sinfulness.  Donald Trump can improve the economy.  He can build up the military.  He can do many things, but if we want to make America great again, we must insist that we are virtuous and accept nothing less.  The book, Why Catholicism Matters by Bill Donohue is a great place to start.
Posted by Chriss Rainey at 6:30 AM