Looking for a Good Summer Read? 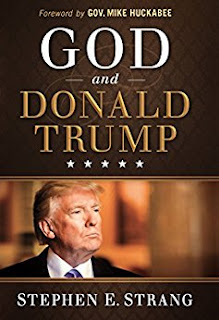 I stumbled on a book title recently in my spelunking around on the internet going from one “rabbit hole” to the next.  I was caught up in the number of modern day prophesy stories there are about the election of Donald Trump.

Prior to the election, or perhaps to be totally honest, it may have been just after, I came across a story/video clip about the Hermit of Loreto.  Maybe you’ve heard of him.  At the time I was more intrigued by the story of why the hermit was there---devotion to the house of Mary, enshrined in the cathedral in Loreto, Italy.  In fact I was so taken by the story that I got a book about her house and read it in total fascination.  I can’t recommend it enough.


I digress from the point I want to make today.  After watching some of these “prophesy” clips on You Tube, I made a note of a book titled God and Donald Trump by Stephen E. Strang, a Protestant.  What sold me on his book vs. several others was the fact his includes the story of the hermit of Loreto.


A growing number of people are convinced that Trump is in the White House because of the prayers of the Christians in this country, Christians of a wide variety of “faith traditions.”  The Evangelicals and the Charismatics naturally believe THEIR prayers are what counted.  Catholics of course, believe it is their own that can take credit for the miracle victory over the shoe in, Hillary Clinton.  Some, who are more likely correct, believe it is simply God’s plan and that in His own time, He rescued us after hearing our cries.


This is a very curious story when you consider how much these Protestants had rejected both John McCain and Mitt Romney in previous elections, preventing their success in a race for the White House.  WHY on earth would they have found Donald John Trump so acceptable after rejecting the other two?  Stephen Strang spells out the long relationship building between Trump and this segment of our population that is often mocked and dismissed.  Trump, as you know, is a television watcher and the story goes that one night he was flipping channels like the rest of us and came across a broadcast of a woman minister that caught his attention.  After watching her program, he contacted her and invited her to his office to discuss her ideas on religion.  She agreed to go to New York and meet with him.  A lasting friendship was formed between them.  Through this friendship, he was introduced to others in the Protestant world with whom he also formed a bond.  The woman he first noticed is Paula White Cain.  She was invited to pray at the inauguration, the first woman in history to do so.


Two things struck me profoundly as I read this book.  First, how connected and on the same page all the Evangelical and Charismatic leaders seem to be when it comes to morals and politics, religious freedom and socialist tyranny.  They hold annual conferences and have organizations that share ideas and ways to instruct their congregations about political candidates and their agendas.  Catholics on the other hand have only one such body of leaders, the USCCB, the United States Conference of Catholic Bishops, which could not be more divided and useless when it comes to protecting us from corrupt politics.  In fact, when they are not silent, they are in lock step most of the time, from what I can tell, with the worst of the worst Saul Alinsky trained liberal activists.


So I was grateful that a Catholic source was even included in this book, which is a mostly Protestant story of the path to victory.  Appropriate, I felt, that the hermit’s story was at the end of the book.  It seemed a great punctuation point.  “And if nothing else convinces you, listen to this:”  Or, if you don’t believe all I’ve said up to this point, then let me point out the fact it is not merely us who believe this “God had a hand in this” story, the Catholics believe it, too.  The hermit’s story is only three pages, but there is enough power in those three pages to convince anyone listening that Catholic stories are without question the most inspired, full of the greatest mystery, and the most convincing of all.

We can say quite easily now the election is over that it was God who put Trump in the White House, but it is worth thinking about the fact He did it with the support of many who had previously been reluctant to vote for other candidates.  Sometimes herding the sheep to do what they need to do is the hard part.  Baaa. 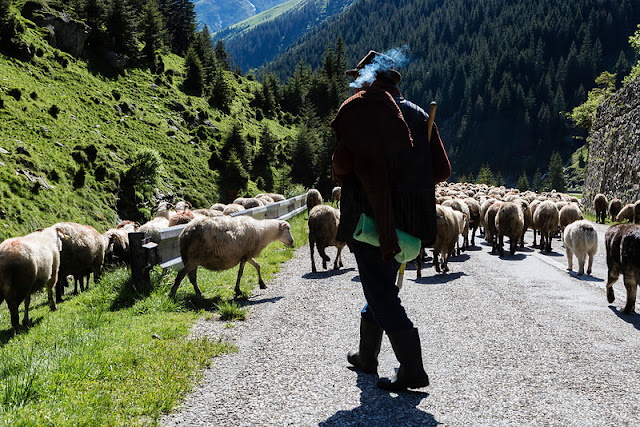 Now I'm really curious about the hermit. I wish you had included his story.