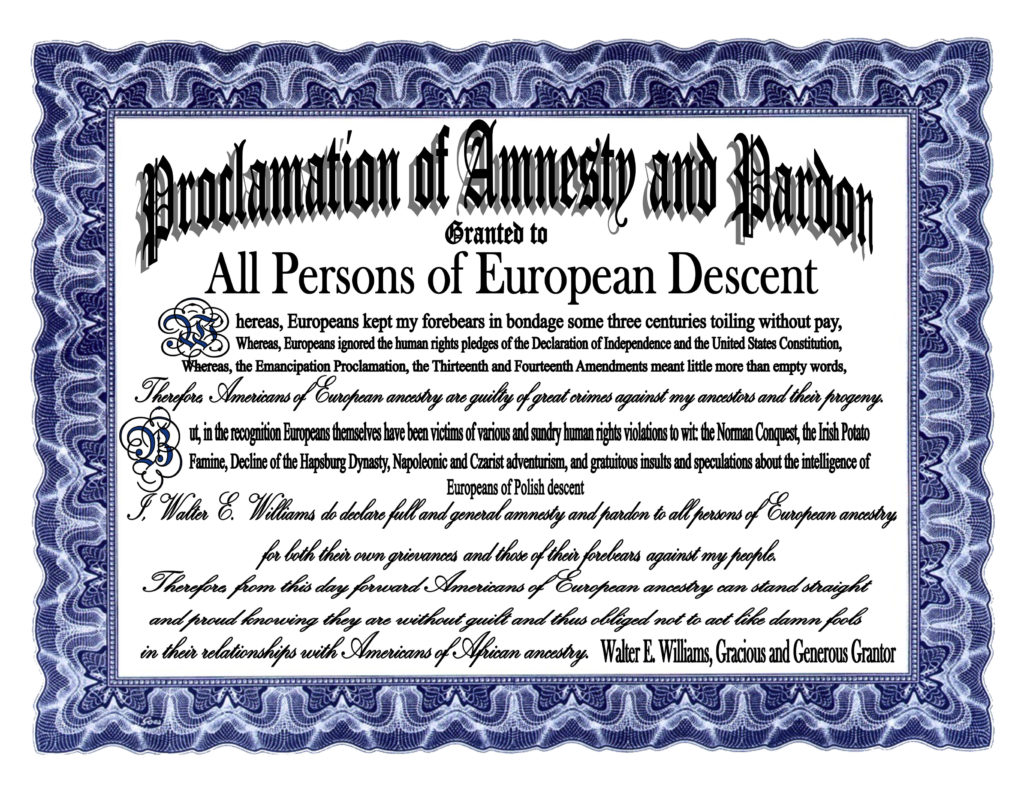 I love Walter Williams. Two of my children took classes from him at George Mason U. He was raised in poverty by his mother and was the first in his family to graduate from high school. He fought for civil rights. No shrinking violet, he was a radical for a time who described himself more in the model of Malcolm X than Martin Luther King. He decided to study economics and came to recognize that "economics brings people to their senses" beginning with himself, I think.

Watch the video and note that Walter Williams has also written cogently on many other issues impacting the black community. Racism, he says, would have died a well deserved death except for the "poverty pimps" and "race hustlers" like Jessie Jackson and Al Sharpton who "make a living on the grievances of blacks." And doesn't that describe the Black Lives Matter movement?

Those mindless liberals tearing down statues and rioting in the streets need a big dose of Walter Williams. Here's a good start! Be sure to watch the end (even if you skip some) where Walter Williams' offers amnesty for Americans of European descent. It's wonderful!