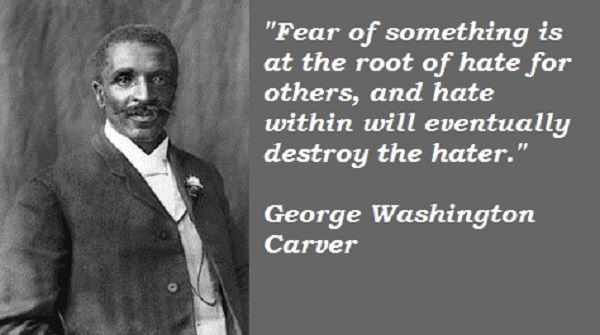 In our great country, we hold the principles that all men (humans) are created equal by God and that accused people are presumed innocent until proven guilty. In human history, these two principles are very radical. We, as Americans, do not think of them that way but if one looks back through history, one quickly sees this.

We, as a country, are quickly moving away from our founding principles. And if we do not wake up quickly, all will be lost. I say this because it is nearly impossible to prove a negative. If anyone has ever been called a “racist” then one will quickly understand. Exactly, how does one “prove” they are not a racist? We can point to our external actions such as we have friends who are black or we support black causes, but doesn’t this just really confirm racism? That because we support a cause that specifically is about race or make friends with a certain person because of their race, that indeed makes us racist. Are we running around trying to find examples that exempt us from an “unconscious” racism? I am not wasting my time searching for something I know isn’t there.

Racism. The meaning of this word is being changed. The “old school” definition is that race is what motivates one’s decisions when dealing with other humans. For example, if one chooses not be friends with someone simply because they are black, then one is acting upon racism. A racist will determine another human being’s worth based solely on that person’s race. A racist, by definition, makes a choice to hate because of an attribute with which they are born. I cannot help the color of my skin, the texture of my hair, the shape of my facial features, etc. and neither can anyone else. It would be immoral to judge others using a feature of their person which was given to them by God. We should celebrate the beauty of God’s creation so evident in our differences.

The mob that is being allowed to roam about our country similar to the barbarians in the middle ages is accusing everyone of racism. They are holding that everyone is racist until they prove otherwise. This is completely and utterly contrary for what America stands. I am not a racist and no one will ever be able to convince me otherwise even with force. I know exactly who I am inside and how I think and it doesn’t involve racism.

One is not guilty (of racism) until proven innocent. Most people in this country are not racist. There is no such thing as unconscious bias or racism. The phrase is contradictory in and of itself. It is like saying a square circle. And since we know, through the principle of non-contradiction, that two contradictory things cannot be true at the same time we know that in order to be racist one must consciously decide that race is the sole factor in dealings with other human beings.

If one is making a decision, then guess what, it isn’t unconscious. I grew up around people who were racist. I know what it is, and I made a choice long ago not to believe their foolish and ugly ideas. My children did not have to grow up around people who talked and acted like that. Most younger people today haven’t had to because the hard work and sacrifices of those who stood up for what’s right during the Civil Rights era. So why are all these young people so angry?

This anger, in part, is all a result of 47 years of legal abortion in our country. Yes, I said that. Legal abortion is what is at the root of all of this anger. The black community has bought a HUGE lie, the lie that if you kill off your children before they're born, you can attain a certain desired lifestyle.

I would be angry, too, if I had believed that lie and then suffered the consequences of my “choice” to kill my children. For too long, Americans have silently allowed the destruction of millions of human beings and been led to believe that they are, indeed, not human or not alive or whatever foolish thing that can be said to justify the pre-born’s life being snuffed out. If the organization Black Lives Matter, really believed in their name, they would be against the destruction of all black persons born and pre-born. But if you look carefully, Planned Parenthood supports Black Lives Matter. Why is that? A company that’s sole profit plan is abortion supports Black Lives Matter? Maybe that is because the only way black lives matter to Planned Parenthood is because they profit off the destruction of those black lives.

Planned Parenthood’s founder Margaret Sanger was a eugenicist. That means she wanted “clean up” the racial stock of the human race by getting rid of blacks, criminals, and people with mental retardation. She advocated for birth control and sterilization of all of those groups of people. She successfully convinced a bunch of black pastors to preach on the wonders of abortion and limiting family size so as to attain wealth. She gave speeches at KKK women’s meetings. Why aren’t BLM going after her bust in the National Portrait Museum? She has singlehandedly done more to hurt the black community than most of the people BLM targets.

Here are some of the lies:

1. The black community needs abortion otherwise they will have too many children and be poor. WRONG!!!! Number of children is not what makes someone poor. I can point to many well off large families (black, white, latino. etc). This is why countries in Africa reject abortion as a solution to poverty, they know a large family is a blessing.

2. The black family needs welfare in order to make it. WRONG!!! Black communities need strong traditional families in order to make it. And by a strong family, I mean a mother, father and children. An intact marriage is the best predictor of wealth. Welfare undermines marriage by fooling women into thinking they can raise their families without the father as a provider and protector. Welfare displaces men as the head of the household which weakens the family. Weakened families weaken society since the family unit is the building block of society. (It just is, accept it, and get over it and live a happy life!) Boys who are raised by a married mom and dad grow up for the most part to be good citizens, not angry thugs.

3. White liberal politicians really care about black communities. Maybe some do but we can objectively see the results of all that concern in every big city that has been run by a single party. I actually think most of those politicians see an easy gravy chain and hop right on. Don’t believe me? Look at some of the white liberal politicians and their families… Nancy Pelosi has 5 children and has been married for over 50 years! All along she’s telling you to take advantage of this program and that one… abort your children, get on welfare, blacks cannot do for themselves! Look at what they tell you to do and what they do for themselves!

I could go on but you get the idea. Wake up America, it is time to get back to God and His 10 commandments. If we live according to God’s natural order, things will be much better. They will never be perfect, not here on earth, but we can at least live more peacefully.
Posted by Mary Ann Kreitzer at 6:00 AM