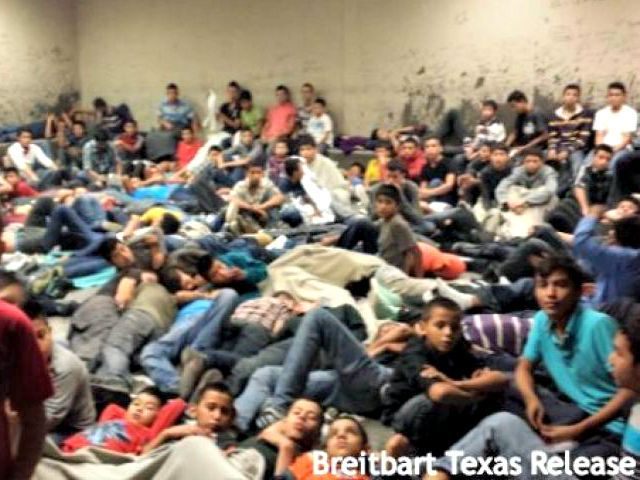 Some of the photos make the kids look like burritos wrapped up in tin foil. These are from The Epoch Times:
This is the "compassion" of the Democrats who spent four years using Obama photos of kids in cages and attributing them Trump. Today they just keep everybody out of the facilities so they can pretend there's no crisis at the border and that the children are treated with compassion. Right! Democrats compassion toward children is illustrated by their attack dog frenzy against tiny babies in the womb. Why would they give two hoots about kids being trafficked into the U.S. by the drug cartels? They don't! 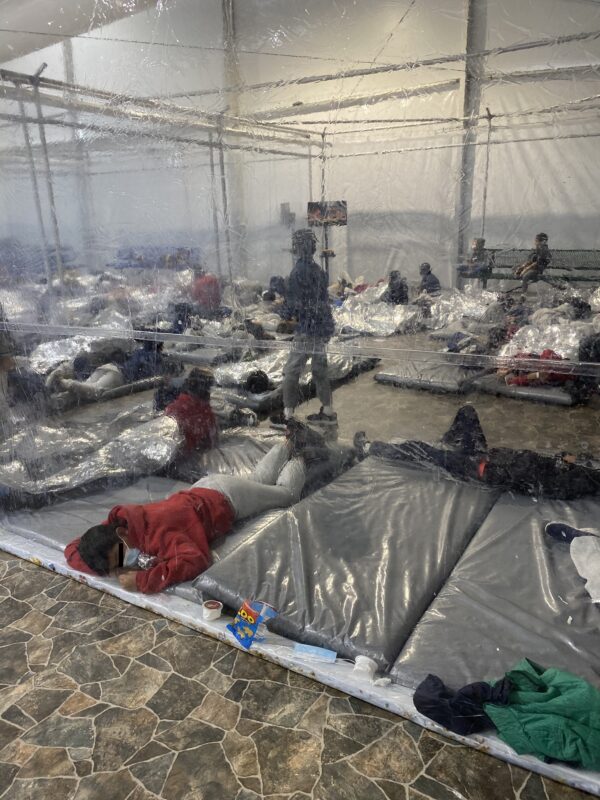 And then there are the hypocrites on parade like former FBI head Andrew McCabe
McCabe: ‘Kind of Shocked’ Capitol Rioters Haven’t Been Charged with Sedition Already
McCabe actually had the chutzpa (pardon the cultural appropriation) to say:
“[S]edition is a federal crime that basically says anyone who seizes by force the property of the United States government or who impedes or blocks the execution of a U.S. law can be guilty of sedition,”
While McCabe compared the protest at the Capitol to Benghazi (REALLY!), he had absolutely nothing to say about the attack on the FEDERAL COURTHOUSE IN PORTLAND. Let's see, shouldn't they have been charged with sedition for seizing by force the property of the United States government?" Hmmm....seems to me that the Portland rioters were the ones guilty of sedition, but people like McCabe live in the Twilight Zone where the rules change according to the politics.
Illegal Immigrants to Receive $4.38 Billion in Stimulus Checks: Report
Posted by Mary Ann Kreitzer at 3:56 PM

What Leftists (socialist fascists) do makes no sense if you see them through the traditional prism of fellow citizens who love what we love and aim to achieve the goals we strive for in our ancient and venerable Western Judeo-Christian civilization. Traditionally, there are multiple opinions about how to achieve common ends.

This is not that.

Once you understand that leftists (socialist fascists*) are enemies of our beloved Western Judeo-Christian civilization and of everything we commonly hold dear, and that they will use fair means or foul to achieve them (default is to foul) then you waste any more time in frustration wondering why they do what they do. Tearing America down is the crown jewel of their achievements. America represents the power center of what is left of Judeo-Christian ideals and aspirations. Is wicked as we many times are, this ancient civilization is bred into our bones, still, and resistance to socialist-fascist tyranny is centered in our land. Break us here, and they have won everything.

And so they will use language, media, politics, religion, education, business, police ... and now even the military ... to bring defeat and despair to those who love our country and more deeply for what it stands for. They are untroubled by the hypocrisy and suffering of the immigration human rights disaster. It likely is to their benefit, to reduce trust in our institutions, to increase our sense of distance and powerlessness from our government’s decisions. They want chaos. They want suffering. It is a feature of socialism, not a bug, as Alexander Solzhenitsyn warned us having seen them first hand:

“And how we burned in the camps later, thinking: What would things have been like if every Security operative, when he went out at night to make an arrest, had been uncertain whether he would return alive and had to say good-bye to his family?” (Solzhenitsyn -Gulag Archipelago)

This is not a normal struggle. We must realize we are in a fight for our lives, because they most certainly do, and they are the only ones engaged right now, it seems.

* Socialist Fascist: the combination of politics, military and industry to control society under the ruling oligarchy which together enforces total social control at all levels of existence in submission to the will of the oligarchs.

True Nazis. Who sapped our walls and snuck in amidst us while we were sleeping.