The Loss of the Liberal Mind! Pray Mother Teresa's Emergency Novena for the Salvation of Liberals!

I have a number of liberal relatives who have Trump derangement syndrome as well as an appalling lack of reason and common sense. One of them made a statement on Facebook yesterday saying if he died, he'd be glad it happened under Biden and not Trump, "the most unAmerican president in my lifetime." 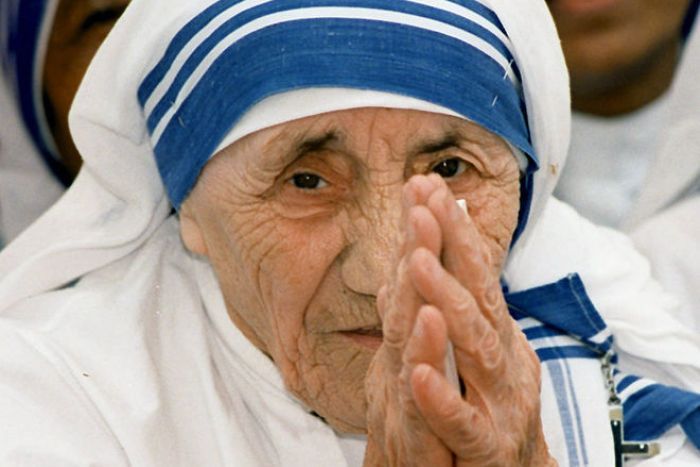 Wow! Really? You care about who's president when you die? I think it would be a lot smarter to care about the Supreme Judge whom you'll meet at the moment of death. As a matter of fact, I was so appalled at his statement that I immediately prayed Mother Teresa's emergency novena for him, because I think he's in serious spiritual danger.

As for my relative's definition of what it means to be an American, I wonder if he even has a clue.

So exactly what does my silly relative find freedom-loving about Joe Biden, Nancy Pelosi, Chuck Schumer, Bernie Sanders, and the rest of the Communist loving crew in Washington creating more and more restrictive mandates to limit our freedoms?

Beats me. He didn't say. It was just one more gratuitous slam at a man he hates. Yes, one thing you can depend on from a liberal is a huge dose of hate for those who dare to disagree with your "progressive" ideas.

I've lived a long time and seen a lot of "liberal" positions. It used to be that a liberal was defined as someone who defended individual liberty. So the ACLU defended the rights of Nazis to march in the Jewish neighborhood of Skokie and defended the right of people to make offensive statements and write offensive books, etc.  Those who didn't want to read them or pay attention didn't have to, but nobody tried to ban everyone else from reading them.

No more! Liberals like Jeff Bezos ban book sales on Amazon. Twitter's Jack Dorsey deplatforms anyone whose opinions he doesn't like. Liberals demand you think what they tell you, shut up if they don't like your "hate speech," and send you to Facebook jail for having unpopular (according to them) opinions.

This is the new liberalism and there's nothing liberal about it!

Posted by Mary Ann Kreitzer at 6:06 AM

I also have very "liberal" relatives who hated--the proper word--Mr. Trump. They also hate anyone they judge 'racist' and come against their own dear ones who are not in align with them. Hate filled people! And, sadly, grew up Catholic. Even my elderly dear Aunts who read the Washington Times and watch fake news hated Mr. Trump. I do pray for them all daily.

I don't wish to be bossy nor tell anyone what to do, and I understand it's a great way to keep in touch with family and friends, but no freedom-loving person should still be on Facebook or Twitter, and should seriously consider when using Amazon. These people are the problem, and until real Americans put a financial hurt on them, it only grows worse. How can we complain when we PAY THEM regardless of how they act?

I have been stymied by the level of Trump-hatred in our world, our American culture, for some time now. I observe it in the close family and the outer sphere, people in the community. Moral, sensible, intelligent people, and they hate Donald Trump with a seething intensity, and mock anyone who doesn't agree with the Left's anti-American actions. I can reconcile it when the people are atheists, but how to explain it in people who I know are better Christians than I am. And many Americans are giving up actual America without a fight. They no longer ascribe to the values and have taken on new ones.

Warp speed quack national emergency fauci platforming are criticism of trump from the right. And trying to molest the GOP platform with rape incest exceptions is no way to reach out to the 100 million women and men who have had an abortion, to show them the God given inalienable right every child has to live. That is a pivotal bloc to reach. There is no way to get an abolition candidate without putting trump, who could well have been a trojan horse for the democrats and nwo, in rear view mirror. Created equal 2026.