On the cusp of persecution, it is good to remember the history of dear Ireland.

Persecution is in the air. The so-called equality act will result in targeting every religious group in the country except those that now worship the world instead of God. We've already seen the persecution resulting from draconian regulations over the China virus. It's just the beginning if the godless elitists in Washington have their way. 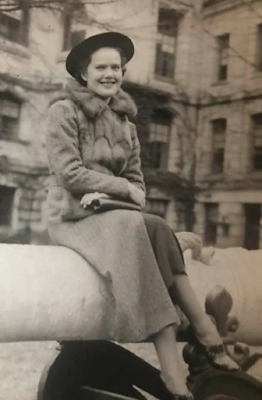 My ethnic background is primarily Irish and German. My mom, who was adopted, was clearly as Irish as could be. We didn't need a record of her history to see exactly where her ancestors came from. Her face mirrored the map of Ireland with her freckles, fair skin, and strawberry blonde hair.

She was a beautiful woman inside and out, a woman of deep faith and charity. Until she got too sick in the last few years of her life, she spent two days a week at the Little Sisters of the Poor's nursing home on Maiden Choice Lane in Catonsville, MD. She did whatever they needed: sewed labels on the residents' clothing, visited the lonely, helped residents write letters and cards to their loved ones, and read at their daily Mass. What an example of persevering love. She soldiered on until she was physically unable when she came to live with us. What a privilege to take care of her in the last five months of her life! How I wish I had used that time more fruitfully to learn everything I could about our family. 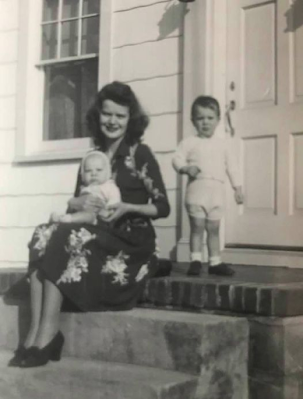 Today, Ireland is a more distressful country than ever because of their deliberate choice to murder babies. Most of us had abortion thrust upon us by Satanic overlords. But Ireland, dear lost Ireland, embraced the killing and danced in the streets.

I'll be offering my Mass and rosary tomorrow for the re-conversion of Ireland. May God send another Patrick to expel the demons who reintroduced the snakes to that hallowed isle.

Our Lady of Knock, pray for us.

St. Patrick, pray for us.

Mom, intercede for us!

Indeed. I find St. Patrick's Day hard. I have no enthusiasm for green beer or acting like an idiot in a fake Irish pub. My people came from Cork. When Ireland embraced same-sex marriage I was so dismayed. To see them clamor to kill their own babies and their future was dreadful. Ireland was played like a violin by the world. Ireland was tired of being "quaint". She wanted to cast off the green and paint her face like a tramp and chase after the world. Ireland wanted to be cool and diverse. Do tourists go there anymore? What for, to see a bunch of hills or bars? To pretend as if it's the same old land that bred St. Patrick and who loved God and Our Lady? Ireland cannot claim to be that land, anymore. In 20 years, no one will recognize Ireland.

I share your sorrow, Evangeline. I visited Ireland with my mom and a friend in the early 90s. What a beautiful country with children everywhere. We took a carriage ride in one town and the driver who was middle aged paused at the local elementary school to wave to a little red-headed boy of about ten. But we could see the bad times coming even then. I talked to a young mom in Limerick who couldn't wait for Ireland to legalize divorce. So so sad. The whole world needs re-evangelization, but we need a miracle to see it -- another visit from Our Lady to convert the bloodthirsty cannibals that rule so many countries.