How to Create a Lesbian 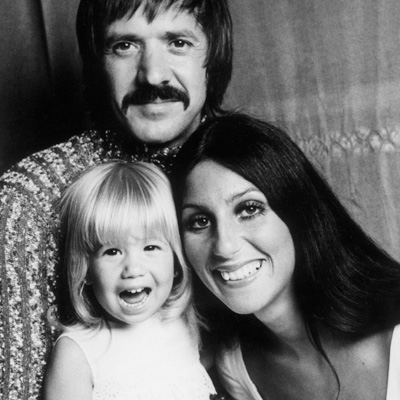 Want to see a case study in how to create a lesbian/transgender/sexually confused individual? Just
look at poor Chastity Bono. Her life began as a fairy tale, the little princess, first-born of the fabulously successful Sonny and Cher, TV royalty.

I remember watching The Sonny and Cher Comedy Hour show in the 70s. Cher was exotic; Sonny was funny, the butt of Cher's sarcasm. In retrospect, one can see that their snide nit-picking at each other for a cheap joke wasn't really funny at all. But the closing hand-holding number, "I Got You, Babe," always ended the show on a happy-clappy note.

And then there was Chastity, that adorable little blonde in frilly dresses. What a show stopper when she appeared with her parents often-times dressed like daddy. The series ran for three years until Sonny and Cher's very public and very acrimonious divorce.


So what happened? Take one screwed up set of parents, emotional neglect, a dad who wanted a boy, and throw in a heavy dose of lesbianism with a seduction. Chastity described it herself in her aptly titled book The End of Innocence:

My mom wasn’t always around, since she was working, so Joan [Cher's lesbian friend] sort of filled in that gap … I just focused on the fact that I wasn’t getting enough attention, and I often felt lonely or abandoned. When I spent time with Joan, I felt like the center of attention… (pp. 10-11)

"Joan knew I was gay, of course — she’d figured that one out pretty quickly — and because she was older and more experienced, she gave me advice my peers couldn’t begin to offer. (I can even remember her girlfriend Leslie taking me aside once, when I was about fifteen, and telling me what to do sexually with a girl, because I was totally naive.)" (p.11)

And now Chastity has decided she's Chas, a man trapped inside a woman's body. She'll become the boy her dad always wanted using medical technology to mutilate her body to make it more like a man's. That "doctors" will participate in this travesty just further illustrates our cultural insanity. But why not? They kill fully-formed babies, what's a few operations to make someone's body match more closely his/her identity delusion.

Concerned Women for America has an interesting 2002 article that sums up poor Chastity's life in one quote:

"It’s hard to be raised by nannies and in chaos.” -- Chastity Bono

Chastity Bono illustrates the Biblical truth that "the sins of the parents are visited on the children." Like many parents whose children "come out," Cher, who originally was upset about Chastity's choice, joined PFLAG, the support group for families and friends who promote the gay lifestyle. It is, no doubt, easier and less painful than recognizing her own responsibility and expressing sorrow and repentance.

I know what it's like to goof up as a mom. I've made plenty of mistakes with my own five children and have apologized to them many times. No parent is perfect and no child is either. Love is always having to say you're sorry. One thing that never helps is excusing our own past sins/mistakes by blessing our children's bad choices. In the end that is a parent's final betrayal.

Pray for Chastity Bono, for her mom, for the repose of her dad's soul, her mixed-up Dad who helped make her the boy he always wanted, and for Cher's lesbian friends who scandalized and seduced a precious little girl.

Chastity's story isn't finished yet. I'm offering the Chaplet of Divine Mercy for her today and for all who are caught up in the lies of the gay lifestyle. Those who come to repentance are channels of grace and witnesses of truth to others. May that be the ultimate end to this fractured fairy tale.
Posted by Mary Ann Kreitzer at 8:07 AM

Re: "How to create a lesbian"
Really? Seriously? The title alone reflects pure ignorance on the writers part. What's next?
"How to create a heterosexual"...?
I thought we weren't suppose to pass judgement...
or make assumptions. That's Gods place & no one else's. Yes, you are free to have your own
personal opinions but, they should stay with you.
I don't think someone's gender, sexuality or sexual preference should be a subject that's written about by anyone, other then the individual themselves.
As the saying goes, to each their own.

We live in a sexually saturated culture that's discussed ALL THE TIME: in the past on Phil Donohue, Jerry Springer, and Oprah. I saw three drag queens promoting their confusion on Oprah years ago. I thought they were hookers until the break when they announced "We'll be back for more on men who like to dress like women." Now we see the sexually confused spilling their guts on Dr. Phil. Every day I see headlines about those promoting perversion -- like the drag queens at the Boston Library two weeks ago. The only people who have to shut up about it are those who dare to criticize a perverse CHOICE (No one is born that way.) that is not only damaging to the chooser, but to society as a whole.

I don't presume to judge the state of poor Chastity Bono's soul. I do call out her actions and the actions of the lesbian who groomed and seduced her. Chastity was a precious little child born to a narcissistic mother who neglected her. No wonder she turned to her abuser for the affection she missed from her mother.

Instead of just calling me "ignorant" provide some data that proves lesbians are born that way. You can't. There is none. We are all heterosexuals.