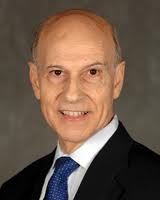 Anthony Tambasco is speaking tonight and September 30th at St. Ann's in Arlington, VA which has a long-time reputation for dissent. Tambasco's list of shocking heresies includes:
I faxed a letter to the head of catechetics, Fr. DeLadurantaye, with copies to the Chancellor and the pastor yesterday afternoon. Here's the content relative to the event:

I’m writing today because I saw a disturbing item in the Calendar of Coming events (page 26) for Sept. 16 and 30 of the current issue of the Catholic Herald (Sept. 12-18). The item lists a lecture by Anthony Tambasco at St. Ann’s in Arlington called “Vatican II: Shifting Emphases that Remain Today.”

As I’m sure you are aware Dr. Tambasco holds many heretical positions that he has never recanted. I have written about these in the past and I repeat those positions here:

According to eminent Catholic scholar James Likoudis, Tambasco’s book, What Are They Saying about Mary (Paulist Press), and his video course, In the Time of Jesus, are filled with heresies. These include: 1) The Gospels are not historically accurate; 2) The historicity of the virginal conception of Jesus is “an open question”; 3) Mary’s perpetual virginity may be only a “theological symbol”; 4) The Evangelists fabricated Jesus’ miracles; 5) The “Church community” invented Jesus’ prophecies after he died; 6) The Crucifixion was unnecessary; 7) Jesus did not know He was God until after His death and resurrection; 8) Peter never acknowledged Jesus as God; 9) The resurrection was probably not a physical one; and 10) Thomas never put his hand into Jesus’ side.

Tambasco also writes, “It would not destroy my faith, if a theologian proved that [Jesus’] body rotted in the grave.” So much for St. Paul’s admonition: “If Christ has not been raised, our preaching is void of content and your faith is empty too.” (1 Cor. 15: 14) For Tambasco to teach Catholics about the faith is like the KKK teaching about respect and tolerance.

In January 2008 when Dr. Tambasco was scheduled to speak at Good Shepherd in Alexandria, Les Femmes sent an open letter to Bishop Loverde in the form of a press release outlining Tambasco’s heresies as well. (I’ve attached a copy for your information.) Fortunately, the talk was cancelled by an act of God in the form of a snowstorm. That seems unlikely this week. Father, isn’t the policy still in place that requires approval of speakers? Surely you could not have approved Dr. Tambasco. I’m confident the bishop would not want this scandal to go forward. I hope Bishop Loverde and you will see the necessity to take immediate action to prevent this man from spreading his heretical views in the diocese.

I tried to reach Fr. Portula to discuss my concerns, but Sunday is a busy day and I ended up leaving a message on the office director’s voice mail.

Thank you very much for that!

On my blog with your url

Is Tambasco Catholic? Doctorate from Union Theological Seminary! Garbage in -- garbage out.