Another Testimony to the Graciousness and Godliness of Justice Scalia 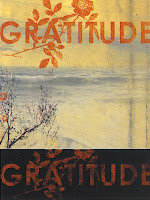 Gratitude is one of the greatest virtues. It is the foundation of many others. To say thank-you is a profound act and one that expresses humility. The proud person doesn't think he owes gratitude to anyone; they owe gratitude to him. But to send an unexpected thanks, a gratuitous thanks like Justice Scalia did with the letter below is an especially gracious act. After I post this I'm going to write a long overdue thank-you note to a priest friend.


CHAMBERS OF
JUSTICE ANTONIN SCALIA
September 1, 1998
Dr. James C. Goodloe
Grace Covenant Presbyterian Church
1627 Monument Avenue
Richmond, Virginia 23220-2925
Dear Dr. Goodloe:
I looked for you unsuccessfully at the luncheon following the funeral yesterday. I wanted to tell you how reverent and inspiring I found the service that you conducted.
In my aging years, I have attended so many funerals of prominent people that I consider myself a connoisseur of the genre. When the deceased and his family are nonbelievers, of course, there is not much to be said except praise for the departed who is no more. But even in Christian services conducted for deceased Christians , I am surprised at how often eulogy is the centerpiece of the service, rather than (as it was in your church) the Resurrection of Christ, and the eternal life which follows from that. I am told that, in Roman Catholic canon law, encomiums at funeral Masses are not permitted—though if that is the rule, I have never seen it observed except in the breach. I have always thought there is much to be said for such a prohibition, not only because it spares from embarrassment or dissembling those of us about whom little good can truthfully be said, but also because, even when the deceased was an admirable person—indeed, especially when the deceased was an admirable person—praise for his virtues can cause us to forget that we are praying for, and giving thanks for, God’s inexplicable mercy to a sinner. (My goodness, that seems more like a Presbyterian thought than a Catholic one!)
Perhaps the clergymen who conduct relatively secular services are moved by a desire not to offend the nonbelievers in attendance—whose numbers tend to increase in proportion to the prominence of the deceased. What a great mistake. Weddings and funerals (but especially funerals) are the principal occasions left in modern America when you can preach the Good News not just to the faithful, but to those who have never really heard it.
Many thanks, Dr. Goodloe, for a service that did honor to Lewis and homage to God. It was a privilege to sit with your congregation. Best regards.
Sincerely,
Antonin Scalia
Posted by Mary Ann Kreitzer at 7:00 AM