Another Head Buster: Did the Pope Really Say Contraception was Legit for Zika Virus? 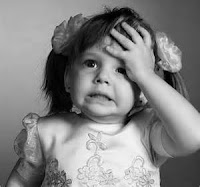 Pope Francis suggests contraception could be permissible in Zika fight

At this point I'm not surprised by anything this pope says or does, but the idea that Pope Paul VI giving nuns in danger of being raped permission to use contraceptives (probably barrier methods) is totally different than giving permission for contraception for Zika. Those nuns were not sexually active and trying to prevent pregnancy. They were using contraceptives like a police officer uses a bullet proof vest to protect himself from a shooter's bullet.
It's a completely different scenario from couples using contraception to prevent pregnancy -- for whatever reason. Once you justify it for Zika, you've basically justified it for any health reason and why stop there? The woman who wants to continue her education without the complication of a pregnancy or the woman who thinks she has too many children already - she will argue her serious circumstances justify contraception too. And what does it say about the handicapped babies who are born. Will their moms be villified for not acting "responsibly?"

Contraception is a grievous moral evil. In many ways it's even more evil in intention than abortion is. Abortion kills a baby who is created and will live for all eternity. It's murder. Contraception basically tells God, "Screw your creation, I don't want it and will do everything in my power to make sure that baby you planned doesn't interfere with my life." And so the contracepting couple doesn't allow the baby to come into existence at all. That couple makes themselves gods. Imagine the horror on Judgment Day when God tells them that the children He desired to give them AS GIFTS were never created because of their refusal to cooperate with His will.

Are there difficult situations and serious reasons for women to avoid pregnancy? Yes. Is there a morally licit way for women to avoid pregnancy during those serious situations? Yes, Natural Family Planning. As a teacher for over twenty years, I can testify to the fact that NFP is effective, both at planning pregnancies and postponing them. When couples are well taught and follow the rules, NFP is more effective than most artificial birth control methods at avoiding pregnancy. And it doesn't attack the good of God's gift which contraception does. The couple simply chooses not to "know" each other as Scripture used to so delicately put it, during the fertile time. They choose a holy silence until the serious reason for avoiding pregnancy has passed. The difference is between a silence due to not speaking versus a silence created by stuffing your mouth with cotton balls or cutting out your tongue.

Pray for him.
Posted by Mary Ann Kreitzer at 6:30 AM

Pope Francis: Who am I to judge, except in the case of Donald Trump's Christian faith and in the case of Orthodox Catholics beliefs. He is a charter member of the New World Order!

A Daughter of Mary said...

But doesn't the use of contraception by these poor nuns constitute mortal sin too? Is their excuse just better, more reasonable, more drastic than anyone else? It was wrong for them to use contraception. How is it better to commit mortal sin than for a good holy nun to get pregnant? Isn't that a suffering they might be asked to endure rather than sin in this way? Pope Paul VI opened the door for excuses when he did this. So now we argue about the various excuses and their merits instead of talking about the sin of contraception and the fact that are ARE no excuses.

Seriously, did no one else see this comment? How could anyone miss this? Who translated this and why is no one concerned about this translation? I will assume, since The Vatican Press Office has not made a correction to what might have been lost in translation, they confirm the accuracy of this statement. Who is responsible for this blasphemy?
“And, the final thing I would like to say that it’s a monstrosity, because a priest is consecrated to lead a child to God, and he eats him in a diabolical sacrifice. He destroys him.”
Read more: http://www.ncregister.com/daily-news/full-text-of-pope-francis-in-flight...

The Eucharist Is The Source and Summit of our Catholic Faith.

Ah, The myth of the Pauline dispensation from Humanae Vitae: “If you tell a lie big enough and keep repeating it, people will eventually come to believe it” – Josef Goebbels.

L’Osservatore Romano, in an unsigned note which appeared on 29 May, denied that there was any substance in the rumours recently made public in the Italian press and elsewhere that the Pope is about to issue a further statement on the subject of Humanae Vitae (see The Tablet, 31 May). Mentioning the report which was published in the Italian newspaper Il Messaggero and the article by Fr. Giacomo Perico in the Jesuit review Aggiornamenti Sociali, the note stated authoritatively that “for the information of our readers, we can and we must declare that no further document on the subject treated in Humanae Vitae is about to appear. With regard to Fr. Perico’s article, not only does it lack inspiration from higher sources, but has, in fact, been greeted with well-founded reservations on such levels.”

It appears that Fr. Perico’s article, affirming that the Encyclical does not command “unconditional intellectual assent,” was turned down earlier by the Jesuit’s Rome periodical Civilta Cattolica as being inconsistent with the official viewpoint.

NFP is no different from any other method of contraception in the most important category: Intent. The intent is the same as couples using pills or devices....they want their sex but not parenthood. The means is secondary. They are using their intellect to attain the same goal as the pill or a condom, etc. The intent is what will be judged.

The case of the african nuns, if true, is still problematic! You have Pope Paul VI allowing nuns to use contraception, as a means to prevent conception. The rationale was probably the contraceptive does not become contraceptive, because of the celibacy of the nun, unless the nun is raped; But the point of taking the pill is to prevent a possible pregnancy! Give me a break!

The pill is ALWAYS immoral because it is an abortifacient either all or part of the time depending on the dosage. But it seems to me for a celibate woman to use a barrier like the diaphragm is, as I said, like the police officer wearing a bullet proof vest. The vest stops the bullet from connecting with the policeman's chest, like the diaphragm protects the ejaculate from connecting with the nun's ovum. I think the law of double effect applies here.

Tim, I agree that NFP can be used immorally. So can a match. But the Church says that couples can space pregnancies for serious reasons. God made a woman's body so she can only become pregnant in a short window each cycle. How can cooperating with the way God made us be immoral? As one who had cancer at age 39 taking chemotherapy, I have a free conscience about using NFP. Since the chemicals attack the fastest growing cells, getting pregnant would have been a threat to the baby's life. Of course, if I had become pregnant I would have immediately stopped chemo to protect my baby, but there was certainly nothing immoral about choosing abstinence during the fertile time of the cycle. A couple who uses NFP to avoid ever having children has a contraceptive mentality. A couple who uses it for serious reasons is acting morally. That is what the Church says and it's hard to be more Catholic than the Church.

We decide to send a postcard to the "Pope" self-proclaim "Bishop of Rome" with an only one text: ¿Por qué no te callas?

Just thinking why stop there, i.e. with the "poor nuns in Africa"? Why not then provide such protection to our unmarried daughters, and to any other single woman?

I couldn't disagree more with "Tim O. who says NFP is the same as contraception or with Daughter of Mary who thinks the nuns in the Belgian Congo committed mortal sins.

Fr. Z. has written a MUST-READ article:
"It’s not an urban legend, it’s a LIE: Paul VI did NOT give permission to nuns to use contraceptives."

Do yourself a favor, and read this article.
Then do the Body of Christ a favor and circulate it to everyone you know!