What Saint Peter and Donald Trump Both Know 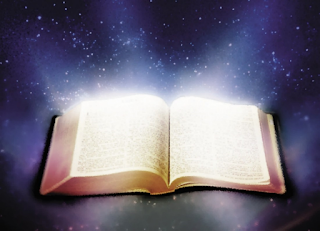 Quite by coincidence today, ….if anything really is coincidence, I happened to open up a little New Testament I carry frequently in my purse and randomly began to read 2 Peter, chapter 2.
I thought, “Lo and behold!”, and then I chuckled to myself, because in verse 12 of this chapter 2, I read a message from St. Peter to the Christians, whom we  are, telling them the following:  “These men are like wild beasts, mere creatures of instinct born to be caught and killed.”

This little volume I carry is a St. Joseph version.  Knowing wording can be different from one edition of Holy Scripture to another, I decided to investigate how this verse is expressed in other sources.
I looked first at my mother’s old King James Version, which says, “But these, as natural brute beasts, made to be taken and destroyed, speak evil of the things that they understand not; and shall utterly perish in their own corruption”

Then, I checked the Catholic Bible we received as a wedding gift that contains the Confraternity Text.  Verse 12 in this book says, “But these men, like irrational animals created by nature for capture and destruction, deride what they do not understand, and will perish in their own corruption”


The New American version says, “But these people, like irrational animals born by nature for capture and destruction revile things that they do not understand, and in their destruction they will also be destroyed”
Lastly, the Douay-Rheims says, “But these men, as irrational beasts, naturally tending to the snare and to destruction, blaspheming those things which they know not, shall perish in their corruption”


I believe we can trust this and accept it for two reasons.  First, St. Peter who is not known to be a liar said it, and secondly, it is included in Holy Scripture, which is truth inspired by God.  While we may be uncomfortable with what we refer to as “name calling” there is plenty of it in the Bible where evil is addressed with truth always. 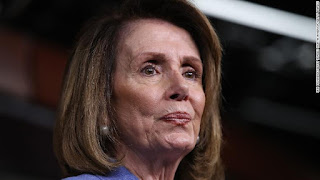 So while Nancy Pelosi may want you and everyone else who will listen to believe the President of the United States is off his rocker for calling satanic MS-13 gang members animals and prefers you to think every person “has a spark of divinity”, I think she’s wrong on both counts.  The president was right about these people.  And Pelosi is certainly wrong to think anything divine would coexist in persons so prone to evil deeds.  Man cannot have free will and be forced, at the same time, by God, to do anything.  We freely accept His will or we turn from it to follow other ways, other ideas, and other spirits which do not offer freedom but slavery. (2Peter 2:19 ….For people are slaves of whatever has mastered them.) 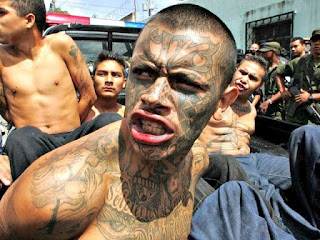 Some of us have been so beaten down by political correctness and encouraged to accept and bless what we know is truly wrong for so long it is refreshing on the one hand and shocking on the other that someone has the courage to say what is true.  We should never malign another’s reputation, but MS-13 gang members have no reputation to malign because if they ever had a “spark of divinity” it went out a long time ago.

I'm grateful for the President's courage to speak the truth about these vicious killers and I believe our country and perhaps the world is better off because he is our leader.  I'm not the only one who thinks that.  Israel has just minted a new commemorative coin with his image on it.  Seems he and Cyrus are now held in the same esteem by the Jews.  God bless and guide him.

(Note:  The little New Testament I mentioned above can be purchased at this link
I bought a dozen of them not long ago and gave them away as gifts because they are so affordable. Free shipping over $50.  I especially like the size of the print.  The notes, which are all in the back and not at the end of each page are excellent.  The leather cover is soft and the book lays open easily on a table or in your hand.)