Are we surprised that the fifty illegal aliens who arrived on Martha's Vineyard have already been deported by the liberal leftists on the island. No room at their inn!

They claim they have no housing, but many of the vacation homes on the island are empty. Hey, Texas has been spending a fortune housing illegals. But these rich, sanctimonious hypocrites can pat themselves on the back for giving the unwanted illegals a few meals and two nights at a church shelter. Now they can go home, wash the dirt off their hands, and breathe a sigh of relief as they send the illegals to Cape Cod via the National Guard. They no doubt will make sure none of the "strangers" (as in "We welcome the stranger.") who like Martha's Vineyard will get off the bus and stay.

Check out The Federalist article. The hypocrisy is impossible for anyone to miss.

And what's next? Shall we watch for Governors Abbott and Desantis to be raided by the FBI? The usual blathering liberals like Hillary Clinton and the CNN and MSNBC talking heads are outraged over Desantis flying illegals into Martha's Vineyard in the middle of the night with no notice. Same for Abbott sending them to D.C., New York, and Chicago. Hey! Not in our cities!

Funny, these same guardians of open borders didn't have a word of condemnation when Biden and company did exactly the same thing. But he wasn't sending the illegals to their neighborhoods.

Frankly, I'd like to see a flotilla of boat people landing on the beach at Martha's Vineyard. 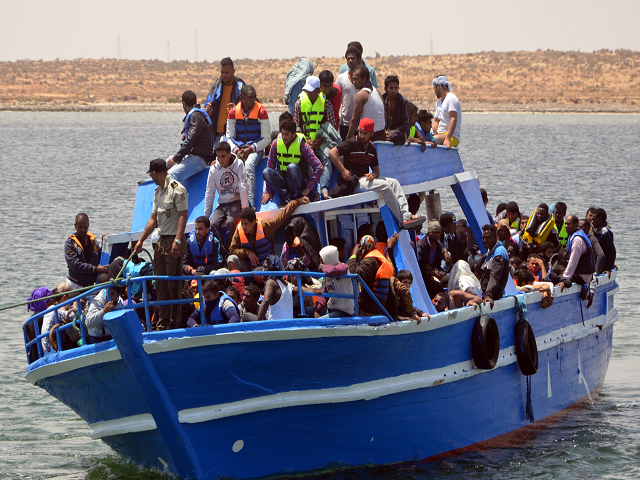 Maybe I'll send a suggestion to Ron Desantis to hire a cruise ship to take a few thousand. That's what Texas border towns are seeing every single day! Hey, my husband and I will chip in to make it happen!

Agree 100%. People are so stupid, they can't see the hypocrisy of liberals. The unbelievable audacity of saying it's a humanitarian crisis when all they have is fifty people. But they have no problem with hundreds of thousands invading Texas or any other state. It's NIMBY Syndrome, and these people think it will never impact them, surely not THEM! Well it ought to impact every single one of these people, and I hope they send and send and send. The point is not that it's treating the illegal aliens poorly, they are not invited here, they have broken our laws, the point is that we are a sovereign nation, or were, but we're not, as long as our border is wide open. I do get why the MV people are in a panic. Summertime's over, and their need for household staff and landscapers is probably at a low point now.
It just goes to show, there are rules for me, and rules for thee, in our country now. But that's not going to fly for long in this country. Americans don't have royalty, don't want them, and how many are sick and tired of wealthy elites foisting on the common man the stuff they would never tolerate for themselves.

The sign in the photo was posted by, quelle surprise, the Martha's Vineyard Hebrew Center.

Send the next load of illegals to Springfield. Il. Make sure they're dropped off at the Governor's mansion. It will give our leftist governor JB the Hut a fit! If he tries to get rid of them, send them to Hyatt Hotels. The gov's family owns that chain.

We’re on the ferry just leaving MV. That poster above is all around the island. At the Felix Neck Audubon Center and the Featherstone Gallery to name two. Also seen “Only you and I can end racism”. And of course BLM signs. These islanders would be horrified if any inner city types showed up. The arrival of the illegal immigrants was an exciting diversion, in which they felt so good about themselves for a couple of days, Bunch of hypocrites!

Hypocrites and liars. They idolize and worship the brown and black people.
As long as they stay in the kitchen or on the grounds. Truth be told they're scared to death of them and don't want to see them standing outside Whole Foods or Starbucks.
No minority should vote Democrat. They've made themselves as plain as day.

Perhaps some enterprising individuals will start crowdfunding the transportation costs of illegals to the friendly blue hives of love, politicos homes, network news buildings, the Brooklyn Bridge if that generates the bucks. The lucky illegals that draw the Warshington, D.C tickets should be equipped with tarps, tents and a gas lantern.

What destinations would you pay to see ILLEGALS transported to?