Do you ever wonder what's coming next? It starts with a totalitarian demagogue.... 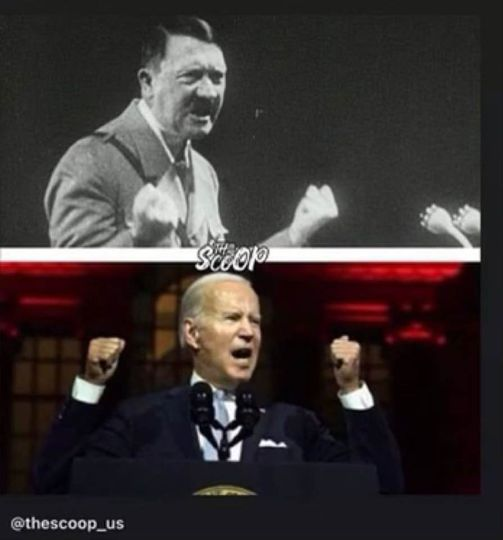 It starts with a totalitarian demagogue who uses vile rhetoric to identify an enemy of the people. Once the outrage against "the enemy" reaches fever pitch, the demagogue urges violence against them. Think of the BLM/Antifa riots. Who was posting bail to get the rioters out so they could continue to loot and burn our cities? Who refused to condemn the threats against Supreme Court Justices? Who urged their supporters to confront Trump supporters in restaurants, at movie theaters, etc.? Who vilified the police and defunded them and stopped enforcing laws against those who shoplift and riot? How many looters and rioters have been brought to justice?
We are at a dangerous point in this country -- and it's not danger from MAGA supporters. Read the history of the French Revolution, the Russian Revolution, the rise of Adolf Hitler, the genocide in Rwanda, etc. ad nausium. We stand on a precipice in this country. Increasing persecution may be unavoidable at this point. Pray the rosary and foster devotion to Our Lady of Sorrows and oppose the evils in your local schools and neighborhoods. We can still fight, but the day is coming when we may not be able to. Recognize the signs of the times!
Our Lady, dressed in battle array, pray for us who have recourse to thee.
Posted by Mary Ann Kreitzer at 10:26 AM

Hitler's reincarnation of evil! What a photo!